Zokrates is a toolbox for zkSNARKs, hiding significant complexity inherent to zero-knowledge proofs (ZKP). It provides a python-like higher-level language for developers to code the computational problem they want to prove.

We extend it to generate and verify proofs on Bitcoin.

Binaries can be downloaded from release page.

The whole workflow is the same as the original ZoKrates, except that the verification step is done on Bitcoin.

This simple circuit/program proves one knows the factorization of an integer n into two integers, without revealing the integers. The circuit has two private input named p and q and one public input named n.

Compile the circuit with the following command:

This generates two files that encode the circuit in binary and human-readable format.

This generates a proving key and a verification key for this circuit.

A proof attests that a prover knows some secret/private information that satisfies the original program. This secret information is called witness. In the following example, 7 and 13 are the witness, as they are factors of 91.

A file witness is generated.

It produces a proof, using both the proving key and the witness.

This outputs a smart contract file verifier.scrypt, containing all the necessary code to verify a proof.

You can now deploy verifier.scrypt to Bitcoin. The easiest way is to use sCrypt IDE. After the contract is compiled, which shall finish within a few minutes, the following panel should pop up. Click Deploy.

If everything goes right, the verifier contract should have been deployed.

Next, you’ll need to copy and paste from proof.json into Call panel and click on Call unlock(). 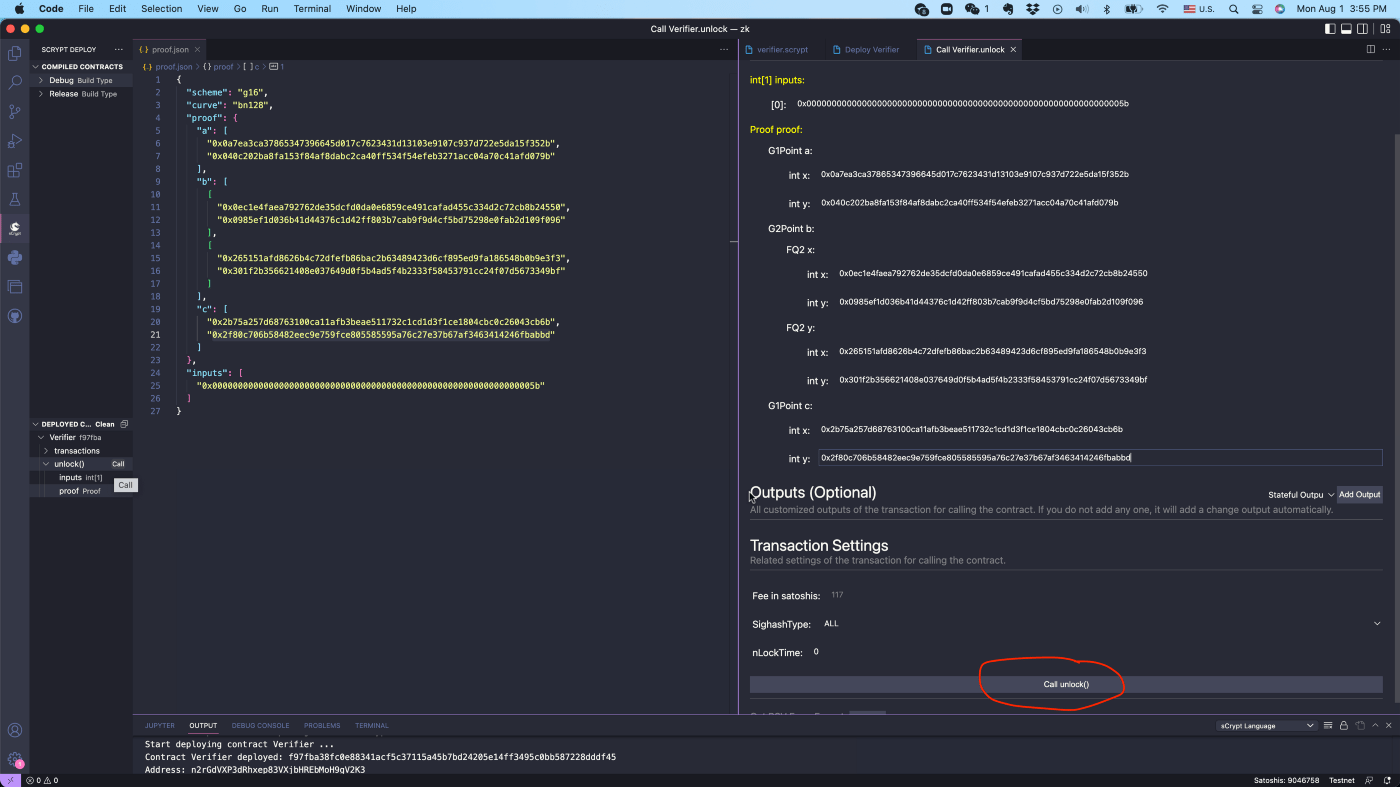 If everything works ok, you should see the proof validated in a spending transaction.

Congratulations! You have just created your first ZKP on Bitcoin. Next, you can extend the template verifier.scrypt and add your own business logic.