As the digital currency industry begins to emerge from the rubble of the LUNA/UST implosion, Sam Bankman-Fried, whose FTX exchange sold both tokens, has emerged to tell the Financial Times that Bitcoin has no future as a payments network. While his criticisms may be true of BTC, they’re not true whatsoever of Bitcoin. Let’s explore why.

What did Bankman-Fried tell the Financial Times?

Bankman-Fried said that Bitcoin has no future as a payments network for two reasons:

Unfortunately for Bankman-Fried, both statements are demonstrably false.

Bitcoin does scale, and BSV proves it

What of his supposed solution, proof of stake, and the environmental concerns he cited? It is an unfortunate byproduct of the decisions made by BTC Core developers that the ‘Bitcoin is an environmental catastrophe’ myth has taken hold and stuck. As a matter of fact, Bitcoin SV is the most energy-efficient blockchain precisely because it can handle hundreds of thousands of transactions per second for the same or less energy input as the BTC network.

Aside from the myth that Bitcoin is environmentally unfriendly, Bankman-Fried’s proposed alternative, proof of stake, has its own problems. For one, it leads to oligarchies whereby the largest holders control the network with no way for competition to flourish. It also remains to be seen whether the SEC and other enforcement agencies consider many tokens issued on proof of stake blockchains to be illegal securities. Perhaps even bigger than both the aforementioned issues is that it has yet to be proven that any proof of stake network can scale to the same levels as Bitcoin without imploding. Solana certainly can’t, and at one point, Bankman-Fried offered to buy a massive stash of the SOL token as he believed it was the future.

Who is Sam Bankman-Fried, and what is his agenda?

Does one of the digital currency industry’s leading figures not know what he’s talking about, or is he deliberately lying? This author is beginning to have suspicions about Bankman-Fried’s integrity and judgment. For someone who’s been branded an ‘autistic genius’ by many industry media outlets, he sure does make a lot of false statements. It’s becoming increasingly difficult to believe he’s unaware that what he’s saying is untrue. If he is, that’s even more concerning.

All readers who have made it this far should reconcile with an unavoidable fact: what Sam Bankman-Fried told the Financial Times in this interview is provably false. That means he’s either a fool or a liar, and neither is good.

The truth is that Bitcoin can and will scale to global dimensions. It was always designed to be a payments system, just as Satoshi Nakamoto said. Bankman-Fried likely knows this, but like his counterpart Vitalik Buterin, he knows that his altcoin empire will crumble before his eyes if the truth about Bitcoin ever becomes widespread knowledge.

So, unless you believe that a 30-year-old altcoin exchange operator knows more than Satoshi Nakamoto, who stated unequivocally that Bitcoin scaled massively from the outset, it’s probably a good idea to view anything he says going forward with a healthy dose of skepticism. 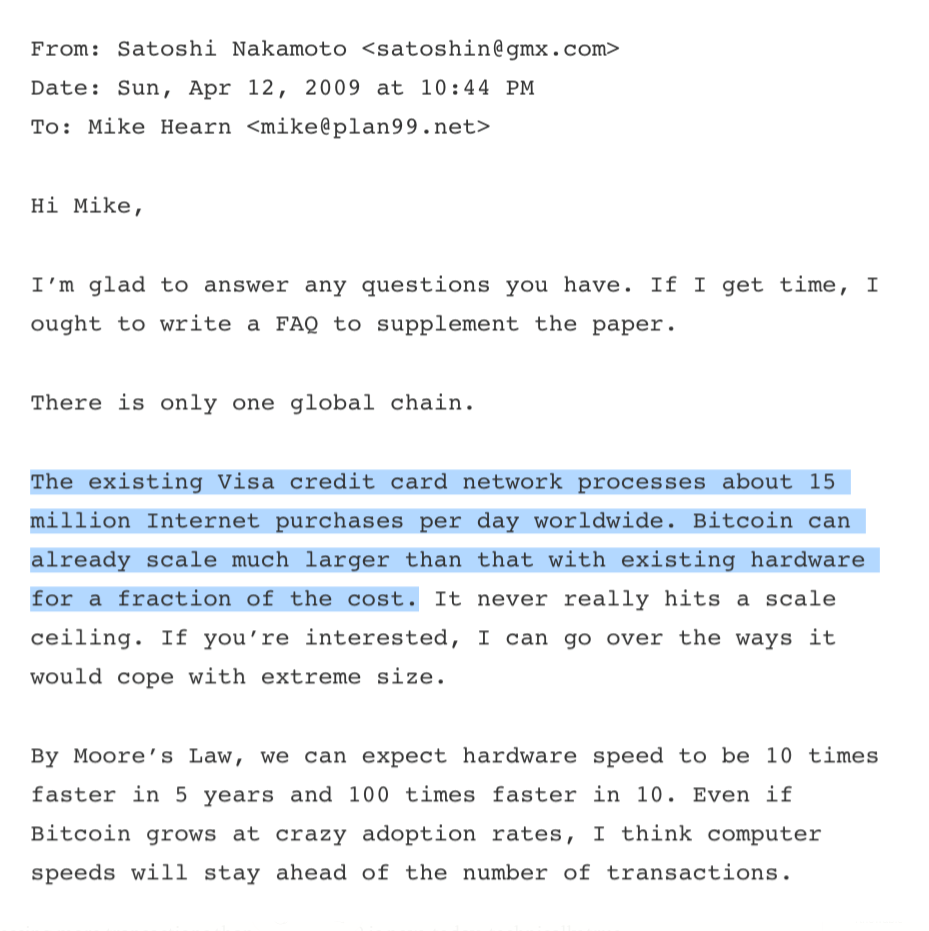 The best way to prepare for the further decline in the digital asset markets is to manage risk. Selling is good too, especially if you know that you can buy back at a lower price in the future.