Hash wars never end, but they do settle. On average, every ten minutes, an honest node builds a block, and the other nodes build upon it. The momentary victory of global consensus is a punctuation mark in the endless, little hash wars that churn away at processing transactions around the block since 2009, but that is not what we are here to cover.

About fifteen months after the great Bitcoin schism finally created a permanent split of the ledger into BTC and BCH, the seeds of another schism had gripped the big blockers, and war was afoot, yet again. After the Core developers reneged on the Hong Kong and New York agreements, BTC was conquered by the Core sybils, and has been governed by a Bolshevik-style user uprising since 2017.

In contrast, BCH was a diverse group of hashing nodes, fertile minds and cunning entrepreneurialism notable for its drive to upgrade the efficiency and capacity of the network every six months until BCH was big enough to absorb the global economy with the Bitcoin protocol. Bitcoin ABC, Bitcoin XT, Bitcoin Unlimited, Bitcoin Classic and a number of other big blockers brought thought leadership and node development, while nChain, CoinGeek, Bitcoin.com, Bitmain and ViaBTC brought in business leadership, wallet development and capital to push Bitcoin into the hands of users and big businesses.

Unfortunately, it also brought a lot of egos, and quick exposure to just how little agreement there was on the roadmap to restoring and then unleashing the Bitcoin protocol as a ledger for global business. Dr. Peter Rizun of Bitcoin Unlimited, Dr. Emin Gun Sirer of Ava Labs, Amaury Sechet of Bitcoin ABC, and a few other players wanted to focus on what they perceived as the inherent weaknesses of the Bitcoin protocol. They spent a lot of time arguing and researching solutions to their alleged issues with selfish mining, poison blocks and the limitations of physics on Bitcoin’s ability to scale. Some prominent BCHers had even said authoritatively that anything over a 22MB block was impossible to mine, and so the 32MB cap should stay until further notice.

Meanwhile, nChain and the minds that eventually became the SV economy were focused heavily on researching the bounds of scale inherent in the protocol. Throughout 2018, Dr. Craig Wright of nChain was furiously filing patents on the research that the firm was doing, perhaps as a hedge against Alibaba and Digital Currency Group who had spent years trying to corner the patent market. However, the anarchist worldview was common in the BCH community, and Wright was widely criticized for patenting bitcoin-related technologies. His use of the law and existing government systems struck a negative chord with the anarchists, and political bickering weaved its way into the protocol and roadmap bickering. The BCH camp had begun to split culturally on a few lines:

Bitcoin ABC Supporters believed: The Bitcoin protocol is old, inefficient and fundamentally flawed in several ways which requires constant tinkering with the protocol, multiple hard forks per year and close management by socially accepted, anarchist developers. Also, patents are bad, and Craig Wright is not Satoshi Nakamoto because Satoshi must not be like Craig Wright, and therefore hard forking away from his ideas is of paramount importance.

Bitcoin SV Supporters believed: The Bitcoin protocol is sufficient and desirable for global scale, and simply needs to be unleashed in order to attract global business. Protocol is law and therefore set in stone, and the posture of all decisions should be about the fundamental establishment of trust so that business and personal users can come to have faith in frictionless, global, sound money. The law and the state exist, and to attempt to conquer them is a dead end segue for a project which exists to combine the power of money and data while separating itself from politics and meddling.

Dr. Wright would later state, “Bitcoin, with a stable protocol, takes away power. If no one can change the protocol, not me, not God; there is no power in money… It will remove that power globally.”

By the middle of 2018, ABC had proposed and nChain was researching the addition of a transaction ordering change called “CTOR” to the BiCH protocol, and there was squabbling about the burning of coins in order to create “Wormhole Cash Tokens” that required the use of a new OP_Code called “DATASIGVERIFY.” nChain did not like the implications of CTOR for scaling, and a miner’s meeting was scheduled for late August 2018 in Bangkok to discuss raising the block size limit to 128MB and pursuing a roadmap in line with Satoshi’s original vision rather than adding ABC and AVA Labs’ experimental features.

At the event, nChain’s presentation was strongly in favor of raising the block size limit, and they advocated for the BCH community to join in pushing as quickly as possible to be ready for global business. Bitcoin ABC’s presentation was given by Amaury Sechet. Rather than debate or seek unity or give a single reason why big blockers should join ABC’s roadmap, he just let everyone know that he wrote the software, BCH was his project, and he wished everyone good luck with their “new coin.”

Sechet had positioned the conversation along the lines that any ideas that did not originate from his laptop were not BCH ideas, and therefore were invalid. From then, the members of the community who wanted to continue scaling bigger blocks began working on coding up an implementation and amassing support and hash power to show that the honest signal of the miners supported growing with the bitcoin protocol. Steve Shadders and Daniel Connolly polished up a mining client implementation in about six weeks, and CoinGeek led the vanguard of new hash power pointing to the new “SV Node” of BCH including SV Pool, BMG and a number of other players who wanted to push the bounds of scale.

The SV community was excited to have an honorable dispute and see Nakamoto Consensus in the real world: a fundamental fight for the protocol using the consensus and governance mechanisms put in place by Satoshi himself. Folks began making art to celebrate the SV implementation upgrade to BCH leading up to the November 15th upgrade. 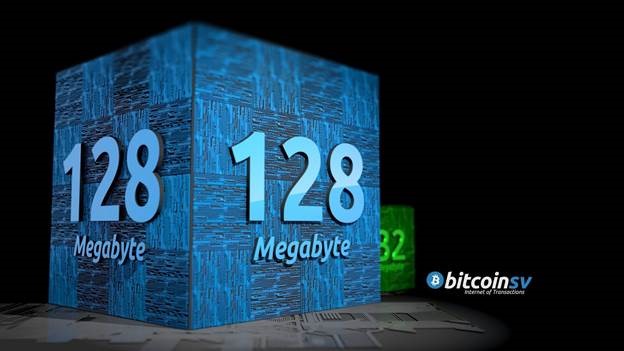 Remember, remember the fif(teenth) of November

On the eve of the split, it was obvious that the honest signaling miners of BCH would upgrade to the SV Node rules. Miners were heavily supporting the rise in block size limit and ignoring the newfangled ideas presented by Amaury Sechet’s proposed ABC node software, so it seemed the network would come to consensus and BCH would continue along with Satoshi’s vision of a big block Bitcoin.

And then, suddenly, the network split…

With multiple livecasts going on KeyPortTV (Now called “Streamanity”) and another streaming live from Roger Ver’s Bitcoin.com, the rhetoric had gotten extremely toxic. As SV nodes accumulated honest hash power that clearly out-signaled ABC, the supporters of Sechet had become bloodthirsty to see “Faketoshi” (their name for Dr. Craig Wright) lose, and they would accidentally show their hand live from Bitcoin.com.

Roger Ver bought mercenary hash power which arrived moments before the proposed block for the battle, and he began celebrating early with his friends in Tokyo. As the chain split and could not be reorganized by the superior power from SV nodes, an independent developer named Andreas Brekken took the time to see what was happening on the network. At a glance, he noticed that ABC’s node was not programmed to follow the most hash power, but rather to simply check that the node implementations all were running the ABC node. This is called a “checkpoint” which requires collusion among insiders to agree to follow the node under all circumstances. Furthermore, the node implementation featured the underhanded addition of “deep reorganization protection,” which meant that every ten blocks, another checkpoint would be added so that no matter how much honest hash power was thrown at the network, the software was coded to split off any node that did not comply with the will of Amaury Sechet.

In the fog of war, Andreas Brekken turned white as a ghost, saying live on the air “we f*cked up,” seeming to recognize the rotten nature of the subterfuge which had taken place.

A stolen election, of sorts, orchestrated by Amaury Sechet, Roger Ver and a collusion between exchanges at which Ver was a major investor—including Binance and Kraken. No amount of hash power could have stopped the split because it was planned by a cartel built around Bitcoin ABC. The most important thing to note from this era is that the emergent BSV blockchain was created by the guile of the ABC cartel. CoinGeek and other SV Node supporters attempted to grow the strength and capacity of BCH to make it a more capable blockchain for global commerce. There was no plan in the SV camp to create an SV coin, but it was foisted upon the world so that Amaury Sechet could be the king of BCH while keeping it very small and not having to deal with dissent. 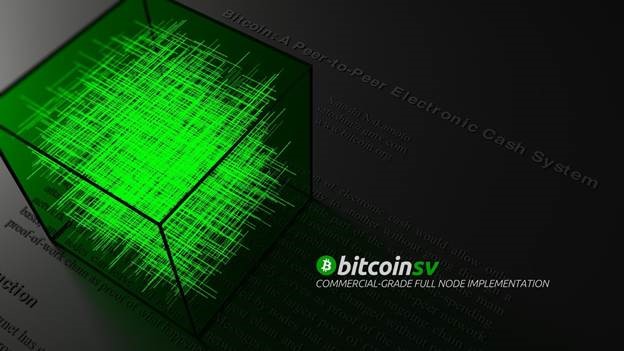 And so, the split happened, and the Bitcoin protocol emerged from the ashes of this war with a new ticker symbol: BSV. With support from CoinGeek Mining, SV Pool, BMG, Mempool and a few others, the protocol was finally free—but not without a few scars.

After a brutal series of battles in the Bitcoin Civil War, BTC remains unscalable as it moves further and further away from any resemblance to Bitcoin—hamstrung permanently to less than seven transactions per second. BCH appears to be ready to split into at least two separate blockchains again this week with Amaury Sechet once again holding the BCH community hostage and Roger Ver acting as the “exchange puppet master” for his new competing version of BCH. BSV continues to be mined with an open source protocol, no software-enforced block size limit, and an ever-growing absorption of new businesses and use cases for the only global ledger that can scale to be money for the world while securing the integrity of distributed data.

We thank BTC and BCH for the memories, and wish them a Happy Bitcoin Independence Day!