Let there be light.

“…and there was light. And God saw that the light was good. And God separated the light from the darkness.” – Book of Genesis, Chapter 1.

“Genesis” is the name of the original block of Bitcoin—hard coded with a cryptic headline from The Times and left permanently fixed like an unshakable cornerstone of the network. It was Satoshi Nakamoto’s creation story—spoken into consciousness on the cryptography mailing list, and launched quietly while few noticed. The Genesis block was alone on the network for six days until sufficient work settled it to rest for an eternity. Humbly, and only in the eyes of only its creator, this is how Bitcoin was born.

Adam, the first man in the Biblical creation story, was created in much the same way. He quickly became estranged from his Creator when he was tempted by the opportunity to function like God. He desired knowledge of everything, but without wisdom, he quickly became corrupted—separating himself (and his wife) from God’s perfection. So too did bitcoin become estranged from Satoshi’s Vision—trading its perfection to the world in pursuit of the knowledge of good and evil.

This slow, grinding separation from the base protocol limited Bitcoin’s ability to absorb value from other networks and data sources because the shape of the network became less and less incentivized for efficiency. Nefarious actors convinced many that Bitcoin could not scale while their plans corrupted it in exchange for separate networks like Lightning that would leverage bitcoin’s name, but replace its rhythmic beauty with topological and economic chaos.

After a long road full of temptation, victories and some failures, the chain was divided to allow the emergence of Bitcoin SV. BTC Core now rests solely in the hands of the high priests of Blockstream, Chaincode Labs and MIT Digital Currency Initiative—obsessed with discovering ways for man to become a chaotic god over the chain, while the balanced rhythm of the true Bitcoin protocol is left to the humility of proof of work.

So what is Genesis?

“Genesis” is a Greek word that shares roots with “genetics” and has its foundations in the principles of “building blocks” or “foundations,” but it is an attempt to Hellenize the Hebrew word “בְּרֵאשִׁית” or “B’reshith” which simply translates to “In the beginning,” which are the first words of the Hebrew Bible.

The “B’reshith” immediately establishes that the Creator, “Elohim” (אלהים), made the heavens and earth, but they were steeped in darkness and lacking protocol because there was not yet any proof of work rendered onto the raw materials sitting in darkness. They were void and without form until the Creator spent six days working to create our reality. On the seventh day, the Creator rested, and passed the next block of responsibility to the first man: Adam. His command was for Adam to tend the garden and create a ledger of all of the life therein.

Through Adam’s pride, sin entered the world—bringing pain, suffering and death. As the Hebrew Old Testament progressed toward the age of the Christian Messiah, humankind’s estrangement from the original protocol and the Creator led to generations of malaise and self-induced punishment. But from the genetic line of Adam, came another man. The Apostle Paul called this man “The Last Adam,” in his letters to the people of Corinth, establishing that the New Testament return to Genesis would set the new course for the rest of history. Paul is very clear that the first Adam was a noble failure, ending in death, but that the “last Adam,” named “Yeshua” (or Jesus) sets off a new beginning that will last until eternity.

Fatefully, in Saint Matthew’s journals about the Messiah, he records something crucial that Jesus said to them:

The stone the builders rejected has become the cornerstone; Elohim has done this, and it is marvelous…-Matthew 21:42

Jesus, whose name in Hebrew (יְהוֹשֻׁעַ) means “to rescue” is saying that the Creator had a backup plan. The failure of Genesis initiated a sequence of events that would ultimately foment the establishment of a second Genesis that would be set in stone for the rest of history to be built upon.

Heavy symbolism, but what about Bitcoin?

In Bitcoin Satoshi Vision, the “Genesis” protocol upgrade is Bitcoin’s “Second Adam,” which is likely why the name was given to the penultimate release of the BSV Node mining implementation. This messianic Genesis upgrade is a huge step from a technology standpoint—re-enabling the invisible hand to choose maximum block size and unleashing most of the exiled and long forgotten powers of Bitcoin.

The Genesis protocol is a return to everything that made bitcoin great: simplicity, efficiency and a predictable basis from which healthy economics can be built. But the beauty is not centered on the code itself, but rather what the code enables.

In contrast to the chaos created by Lightning Network and a developer-centralized governance structure in BTC, the Genesis protocol of Bitcoin SV enables Bitcoin to absorb value and come into harmony with the natural—perhaps sacred—design of reality.

Where does Bitcoin display this sacred harmony?

The “e8 unified theory of everything” is the product of physics research being done to determine how the smallest waves and particles interact with each other because of the contrasting forces of energy inherent in our reality. When these forces pull on each other, they come into balance, and that balance can be graphed visually as an eight dimensional polynomial shape, or mandala. These shapes represent highly connected, and perfectly balanced incentive networks that vibrate to create a harmonious rhythm—allowing everything in the physical reality to function as a system.

Curiously, when left to the incentives of the fundamental design, this is also what Bitcoin does. Users connect to the user-level Bitcoin peer network to conduct business. Each transaction—a seemingly unpredictable event—generates a random hash that is given to the peer network of miners who compete to etch it into an unbreakable codex which creates a single point on an orderly and balanced network graph.

But the orderliness is imperceptible because its movements are quantum like the movements of free markets. A single unpredictable transaction may not look significant, but as more actors connect to the system, sacred shapes start to form. Zooming out on Bitcoin looks very much like zooming in on quantum reality! 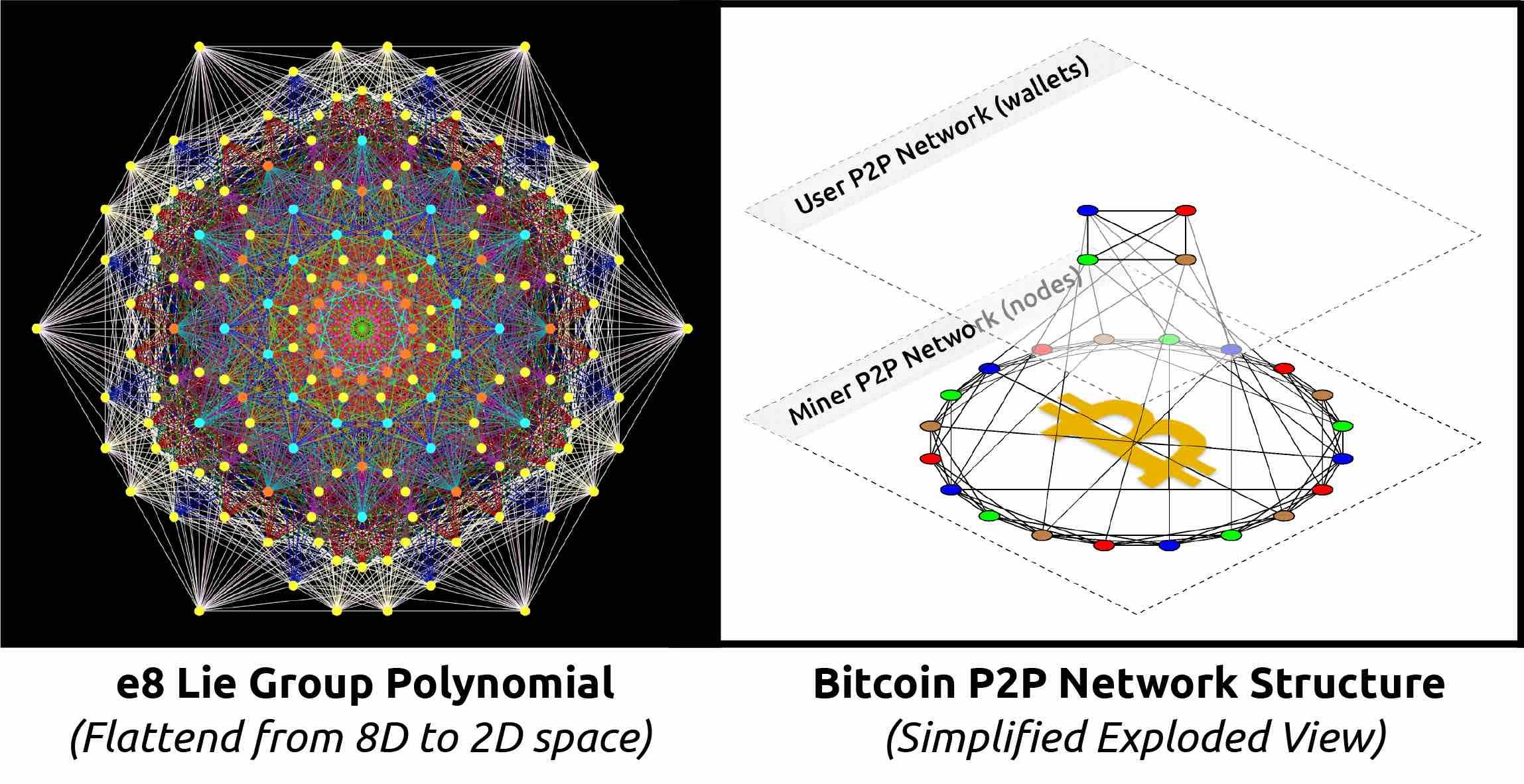 The fact that this is how Bitcoin behaves begs an observer to ask “why”? Why does Bitcoin graph a sacred shape that mimics the quantum building blocks of reality? Why does Bitcoin often emit hashes containing the sacred 21e8 string of numbers?

Bitcoin does because it must

I previously wrote about the inevitable hero’s journey of Bitcoin because these sorts of cycles and patterns are inherent in reality. Genesis creating the environment for sin, the fall and paving the path for the Messiah to establish a second Genesis was always going to happen. It had to happen.

This is why spontaneous order sprouts from economic actors unwittingly creating small-world networks through their behavior, but attempts at centralized economic planning create chaos and death. Healthy relationships created in competitive systems cannot create anything but small-world network graphs as a product of their quantum programming.

So, compete with one another! It is what we are designed to do down to our deepest and most fundamental protocols, and if you compete well, you will be rewarded with a tight, efficient (and probably loving) small-world network graph. 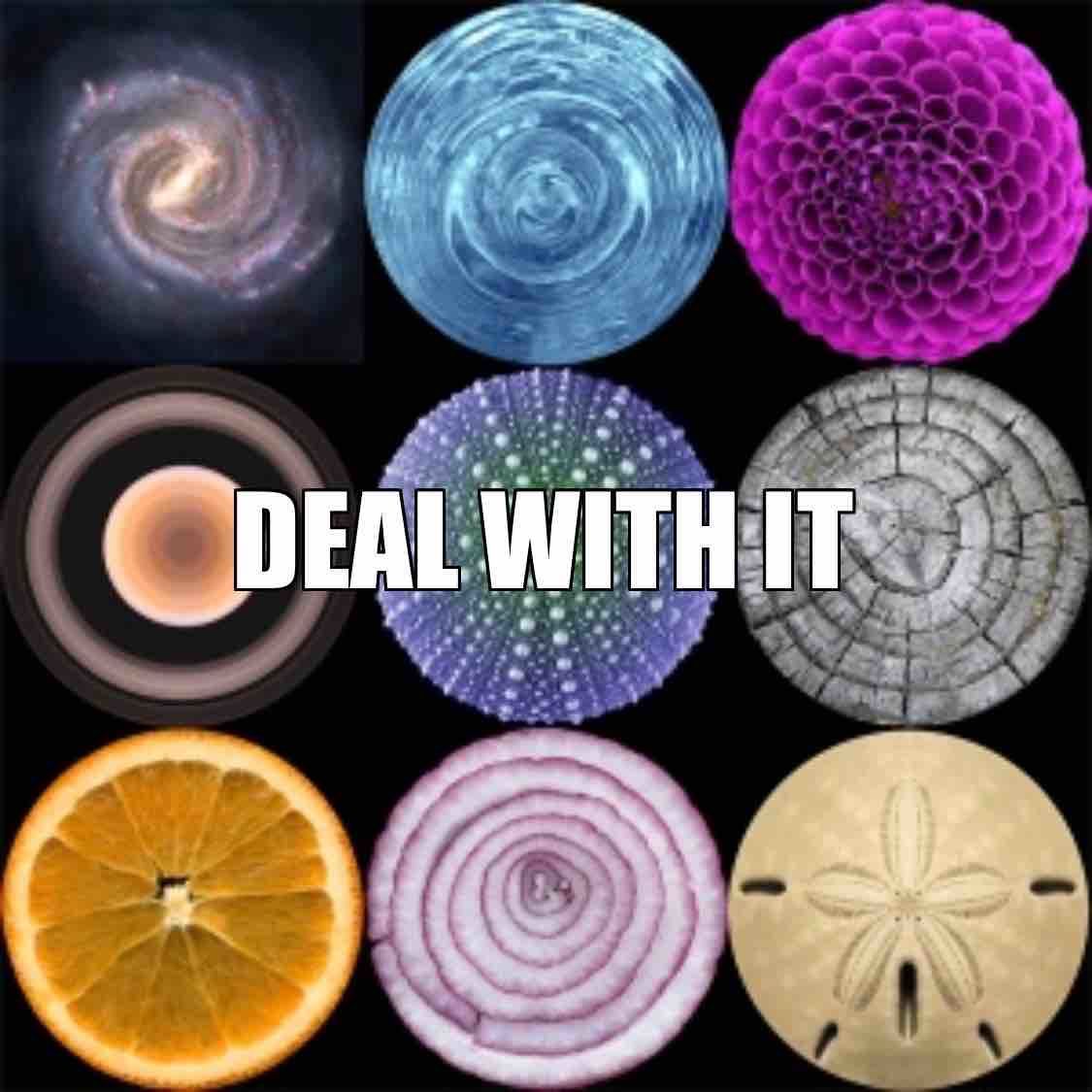 So what is Genesis again?

Genesis is a chance to start over; Bitcoin’s second beginning, and it has been a long time coming. But for it to succeed, we must let it take shape under pressure while we focus on creating value atop its foundation. If we have enough humility and determination, we can be successful this time.