Home » Editorial » The art of cognitive dissonance in Bitcoin

Cognitive dissonance is the unpleasant mental conflict that occurs for an individual when assumptions or beliefs are contradicted by new information. It can lead to irrational decision making as a person tries to reconcile their conflicting beliefs. It can also be relieved by defence mechanisms like rejecting the claim, explaining it away, or avoiding the new information all together. For anyone involved in Bitcoin, our alignment of beliefs to our behaviours is tested regularly as part of the necessary evolution required to understand the technology as it continues to mature and integrate into the real world.

As Bitcoin requires continuous learning, you need to have a certain level of humility to be open minded, flexible enough to be wrong and adjust previously held view points.

It may seem logical enough, but it has been shown for a lot of people that have found their niche in the industry that being wrong about things can lead to a state of cognitive dissonance.

Fixed positions are not necessarily intentional

The avoidance of changing one’s mind is the painful part. Individuals will tend to try and preserve their own perceived level of self-importance, and when backed into a corner can be seen doubling down on their provably wrong statements, moving the goal posts or changing the narrative.

As this can be attributed to subconscious behaviour, it is even more dangerous because the desire to preserve damage to one’s ego and status is far more important than ending up at the correct decision that is vital for Bitcoin’s long-term success.

The misalignment in understanding of Bitcoin can range from things like a personal ideology to turn Bitcoin into what they want it to be outside of law, doubts about whether it can scale maintaining the core original design or have their own fantasy of who they envisioned the pseudonym Satoshi Nakamoto to be. These stubbornly held view points are propagated to large audiences and further lead people off to the wrong path who have outsourced their own critical thinking.

The time frame for this tweet clearly has not been honoured, but that has not stopped the same champions campaigning to this day that the Lightning Network is still only 18 months away.

“It is difficult to get a man to understand something, when his salary depends on his not understanding it.” – Upton Sinclair

It would seem obvious that proposing to implement an unexperimented, side chain that is parasitic to the blockchain and be subject to money transmitter laws would not resemble anything close to Satoshi’s Vision in the whitepaper of a peer to peer cash system that settles onto the blockchain.

It still didn’t stop individuals with large followings to make such statements, even though the Lightning Network looks a lot closer to being vapourware than resembling Satoshi’s Vision.

We have heard a number of different narratives come out of the BTC Core camp. Putting two key philosophical viewpoints stated at different points in time side by side powerfully displays the sort of contradictions that are frequently produced.

Hindsight is our friend, but it means nothing if you aren’t willing to learn from it

Nobody can be right all of the time.

Without the luxury of hindsight, we can never truly know for sure whether our point of view can be considered true or false. So, even those with subpar point of views should be afforded the opportunity to express their perspective and be given the benefit of the doubt until they have been proven otherwise.

The gigablock testnet showed that the software shits itself around 22 MB. With an optimization (that has not been deployed in production) they were able to push it up to 100 MB before the software shit itself again and the network crashed. You tell me if you think it's safe.

Fortunately, we are also afforded the opportunity to see these predictions play out in front of us and can adjust our viewpoints based off new learnings with factual information presented to us.

The viewpoint we held at a certain point in time and turning out to be wrong about something, is not as important as to how you respond when you are proven to be wrong.

I was basing by claims on the BU gigablock tests… you know empirical evidence. Which showed sustained 22mb blocks couldn't be handled without a mempool fix and with the fix the next bottleneck was >100mb sustained. You guys are pushing 2gb with zero empirical evidence.

BTC and BCH developers are convinced that Bitcoin does not scale and does not work in its original design as per the whitepaper, and would rather experiment with untested solutions that will lead to unintended consequences and imbalances in incentives to what has proven so far to be a perfect economic system.

The desire for some of these people to not admit that they are wrong is far greater than ensuring the success of the Bitcoin project for the world. I could not think of anything more that goes against the spirit of what Bitcoin was trying to free us from. 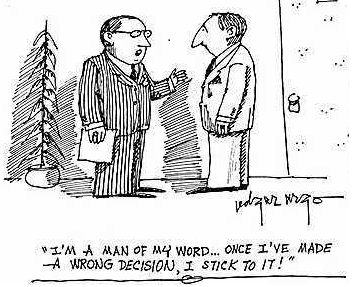 Human behaviour may be the biggest threat to the success of Bitcoin because it can act as a centralized point of failure. We should be vigilant of bad actors who cannot admit they are wrong as they only wish to push their own agendas. We should also be vigilant for actual evidence that factually dispels that the Bitcoin system cannot work as originally designed.

Until then, it remains an easy choice to continue to support the Bitcoin protocol finally reach its full potential through Bitcoin SV (BSV).