BTC’s Taproot update, billed as the most significant “upgrade” to the protocol since SegWit activation in 2017, is set to gain miner support after all… surprise, surprise. The significant group of BTC miners who failed to signal readiness in a previous signaling period appear to have changed their minds and joined the “consensus.”

A couple of weeks ago, during a previous Taproot activation signaling period, we noted that BTC miners appeared unenthusiastic about implementing the “soft fork.” We also described it as merely a “stumble” and suggested the change would eventually be approved, since there would be other signaling periods.

Taproot is being activated via BTC’s “Speedy Trial” mechanism, which combines older mechanisms to implement changes to the BTC protocol to give miners three months’ worth of signaling periods to indicate 90% support—upon which the change is “locked in”. Should Taproot gain that support, which now appears likely, it will activate on the BTC network in November 2021.

It took a while to bring all miners on board, but if a BTC upgrade has Core protocol developers’ support, it proceeds on a “keep trying till everyone says yes” basis.

You can tell just how “uncontroversial” a BTC change proposal is by the appearance of slogan hats bearing its name. And yes, there are Taproot hats available… so the change was inevitable.

It’s yet another example on the BTC network of the way a small cabal of centralized Core protocol developers control the rules. Despite its image as a grassroots and geeky (even hokey) movement of disparate groups to create a new kind of money that no-one controls, BTC is far closer to being centrally planned. 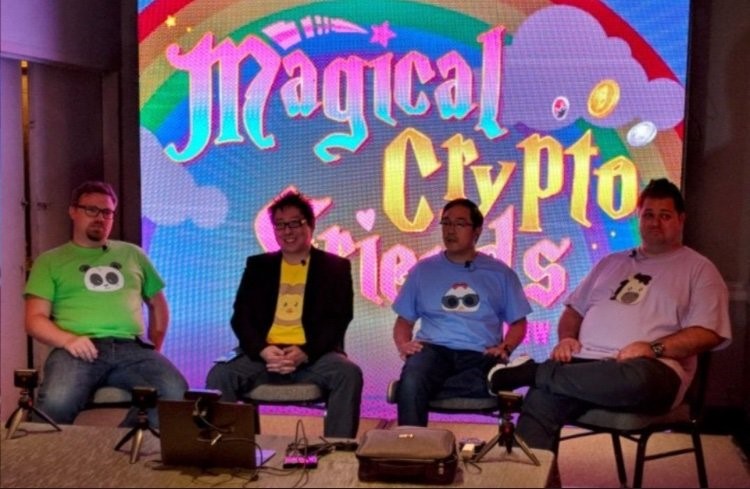 How would BSV handle this situation?

Some might ask if Bitcoin SV (BSV) faces a similar situation, its protocol team being a similarly small group of people. However, the answer is no—BSV’s protocol rules are “set in stone” and actually cannot be changed, whether by developers or activist “users”. BSV follows the governance model of the original Bitcoin protocol as outlined in Satoshi Nakamoto’s 2008 white paper, and like the original protocol, there are no transaction size limits in the code. Miners, or transaction processors, set their own limits according to the type of transactions they wish to process and their own technical capabilities. There’s no signaling or voting, because there’s nothing to vote on. That is why BSV is considered decentralized meaning leaderless.

This is also why the BSV network is able to process thousands, in theory even millions of transactions of any size per second at 1/100 of a cent fee each, and validate contract code (it’s up to users to decide what parts of those contracts are processed on-chain, and what parts aren’t).

BSV transaction processors have far more freedom to choose what they process and what they don’t, without being coerced into supporting “upgrades” or risking being kicked off the network like what happens every few years on BTC. Given this, and the lack of developers’ ability to alter the rules, Bitcoin (BSV) is far more “decentralized” than BTC — despite loud cries to the contrary.

What if BTC miners oppose a change? Well…

Reading the popular blockchain media, it’s hard to find any arguments at all against Taproot. It’s described as “uncontroversial,” near-unanimously supported by developers and “the community”; an improvement to efficiency and “scaling,” and a boost for privacy by making complex contract code appear on the blockchain as ordinary transactions.

Any resistance or concerns over Taproot have been kept behind closed doors, so even posters on BitcoinTalk have been wondering why miners were slow to signal. At this point, the main reason was probably apathy—upgrading whole data centers full of machines is always a pain and miners don’t always bother to upgrade or signal until they absolutely have to. Still, there were complaints that some miners were being “lazy” or stubborn, with the odd suggestion they might need to be nudged or even “punished” if they didn’t signal soon.

In reality, Taproot’s benefits to scaling are minor—just as implementing SegWit and changing the maximum transaction size from 1MB block size to a theoretical 4MB “block weight” didn’t do much to fix BTC’s chronically-clogged mempool and high usage fees. Yet such arguments have been effective enough to gain the support of BTC “hodlers,” who do little with their coins other than store them and hope the price rockets up again in the future. So effective, in fact that the loudest BTC proponents actually celebrated the defeat of a meager block limit increase to 2MB in late 2017, with the “NO2X” PR (and hat) campaign.

Let that sink in: BTC went from years of nail-biting over whether it could scale or not, to users celebrating the defeat of a change that would have… actually increased its transaction capacity.

It’s impressive that BTC opinion leaders are able to sway grassroots opinion so effectively. If Core developers and related companies like Blockstream and Square want the change, then suddenly it’s popular. If they don’t want the change (e.g., a block size increase) anyone who advocates for it becomes an Enemy of Bitcoin, to be silenced or cast out.

This is what happens when a BTC protocol change is “controversial”—the change is rammed through and celebrated with a full-on propaganda campaign on discussion boards and social media; miners are told that it doesn’t matter if they support the change or not, because “users” will force it with a UASF (user-activated soft-fork). If you oppose the change then tough luck, because it’s going through anyway and your only real option is to hard fork and find a new ticker symbol for your chain. The BTC protocol developers do not think they have any liability for their actions, others will argue that blockchain protocol developers are completely liable as fiduciaries but that is for another piece.

Bear in mind that one of BTC’s main selling points (and the reason for its tiny block size) is “decentralization.” In theory, this means even small miners and non-mining “nodes” can participate and have a say. So long as your opinions match those of people forming the BTC establishment, that is.

Getting that miner ‘support’

JayJuanGee, whose posts on BitcoinTalk are generally more expressive and blunt than most, wondered about miners’ motives in the Taproot signaling period/s, saying:

“Are they going to just temporarily behave well or go back into dumbass mode when it seems opportunistically beneficial to them… time will tell. and yeah, there are likely some miners who are not exactly committed to the ‘core tenets of Bitcoin’ even though they will talk the talk for a while and even walk the walk in order that might be able to wait for a better time to f— around with their own dumbass sucking up to the PTB values that might be deeper within them… Hey, but bitcoin was built for the ability to tolerate friends and foes from within and surely the incentives may well beat up upon some of the ones who play around too much…  We will see… we will see.”

The adversarial relationship between the “community” and miners who validate their transactions is symbolized in this meme from BitcoinMemeHub:

Weekend summarized…except for I am actually the dad and son in one person pic.twitter.com/DPK0KNLNnu

In the end, BTC’s centralized protocol developers will get their Taproot “upgrade” and miners have very little say in the matter—they can accept it, or leave the network. And since BTC’s protocol isn’t set in stone, it can always be changed again, right down to its fundamental workings, by the few who control the protocol code (and whomever might be leaning on them). This is a shaky foundation on which to build a new world economy, and hints that BTC’s “freedom” is never actually as free as the image its supporters project.