The small blocker interwebs are abuzz with celebration at the news that the BTC Core repo has merged a significant milestone in the BTC roadmap.

The Taproot update (an essential part of BIPs 340-342) was pulled on Github by Peter Wuille, one of the main developers of the Segwit protocol “soft fork.” Taproot and Schnorr Signatures (and the future Tapscript) will fundamentally change the handling of signatures and scripts to allow more flexibility in the types of transactions that can go across the arbitrarily rate-limited BTC network.

For years, advocates for Taproot and Schnorr have cited increased efficiency and added “privacy” because Schnorr aggregates signatures together at the protocol level—obfuscating inputs, signing in batches and mixing outputs. Taproot allows lots of little scripts and functions to be treated as simpler signature types similarly to how lots of transaction types were negated and replaced with the catch-all addition of Pay-to-Script-Hash (P2SH) a number of years ago.

Since abandoning the Bitcoin protocol between 2015-2017, the Core Developers (mostly employed by Chaincode Labs, MIT and Blockstream), have continued along their path of soft forking updates. From P2SH, to Replace by Fee (RBF) and then Segwit, these are fundamental changes to the protocol, but they are done in such a way which makes it seem like no change has happened because passive node operators do not need to make any active changes to their endpoints.

In contrast to hard forking, which creates a split of the ledger, soft forking keeps the ledger together against the rules of Bitcoin by wrapping the consensus-breaking changes into a sort of digital envelope of code. The code tells honest nodes to ignore the fact that the transactions inside the envelope fundamentally break Bitcoin’s rules. Furthermore, the nodes are instructed to validate the envelope while ignoring anything that occurs within it. These changes used to be more contentious, but since development of BTC occurs in an echo-chamber, these sorts of underhanded changes are quite easy. 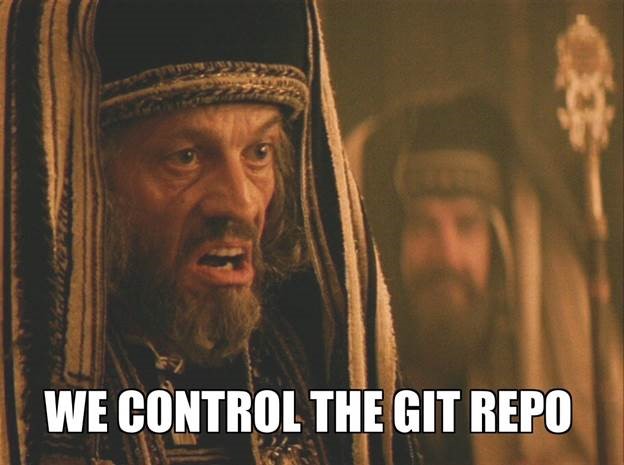 And that is the insidious nature of calling BTC “bitcoin” at all. The white paper is very clear about the purpose of nodes, how they achieve consensus, and exactly how and why the network could be split by violating Bitcoin rules. But leaving consensus up to honest nodes removes the power of the developer from the network, which is why we have seen so many years of social engineering to convince people of a new definition of a Bitcoin node, a Bitcoin rule and even a Bitcoin transaction.

Along the road of disinformation, the notion of undermining consensus has extended all the way to the common naming conventions of the forks of Bitcoin altogether. With near unanimous control of exchanges, publications, development teams, social media influencers and the forums of discussion, the small blockers and their VC backers were able to sell people the idea that fundamental changes to bitcoin (like Taproot) are not actually changes at all because they have been so heavily lubed up that honest nodes let them slip through no matter how many bitcoin rules are broken! This is why BTC is called “bitcoin” to most exchanges even though every block contains invalid transactions.

Taproot and Schnorr Signatures new changes to BTC bring the network more in the direction of an anonymous money laundering tool, and little else. If the signatures are obfuscated, and the nodes themselves can’t even check for valid signatures, criminals can send coins to exchanges, where they are washed on internal, private ledgers, mixed with the coins of unsuspecting people, and then spilled back out into the economy—damaging the innocent/ignorant while empowering the well-connected criminals of the “crypto” economy.

When asked for comment, Dr. Craig Wright said on the topic:

…they only wanted the name so as to kick start “value” in the fraud. But, the nature of the system does not allow them to make this work.

It dates to Justinian Rome.

Of course, he’s right. Bitcoin doesn’t allow this to happen because Bitcoin is a rules system mimicking the function of universal laws like gravity. Since the earliest days, the powerful have used their big walls and heavy doors to hide themselves from the truth and the law. They have debased the currency and harmed the weak, while obfuscating their evils under effective public relations campaigns. But bitcoin fixes this. The protocol, and the ruleset of bitcoin does, anyways. And that is why BTC fixes nothing for good anymore. It cannot because BTC is undergirded by the principle that rules can be bent, and that the priests, princes and the intelligentsia are greater than the rule of law, and so BTC cannot be bitcoin.

BSV is Bitcoin in practice, in protocol, in implementation, and in the eyes of those who understand that the real law cannot be bent or broken—not even by God himself because he, too, built the universe upon the rule of law.

And like the law, the real Bitcoin cannot be bargained with.

Learn more about the stream of groups that have turned the industry into a minefield for both naïve and experienced players in the market in CoinGeek’s Crypto Crime Cartel series.