It has just gotten easier–and cheaper–to mint RUN protocol tokens on BSV thanks to the launch of RelayX’s token minting tool. Relayx.com/mint is a web app similar to Mint.tique–but free to use–that allows individuals to create their own tokens.

“RelayX.com/mint is a simple tool for anyone to create their own tokens on the RUN protocol and have it be instantly tradeable on RelayX,” said the Output Intern, an individual that works at RelayX and is close to all FloatSV and Output Capital related matters. 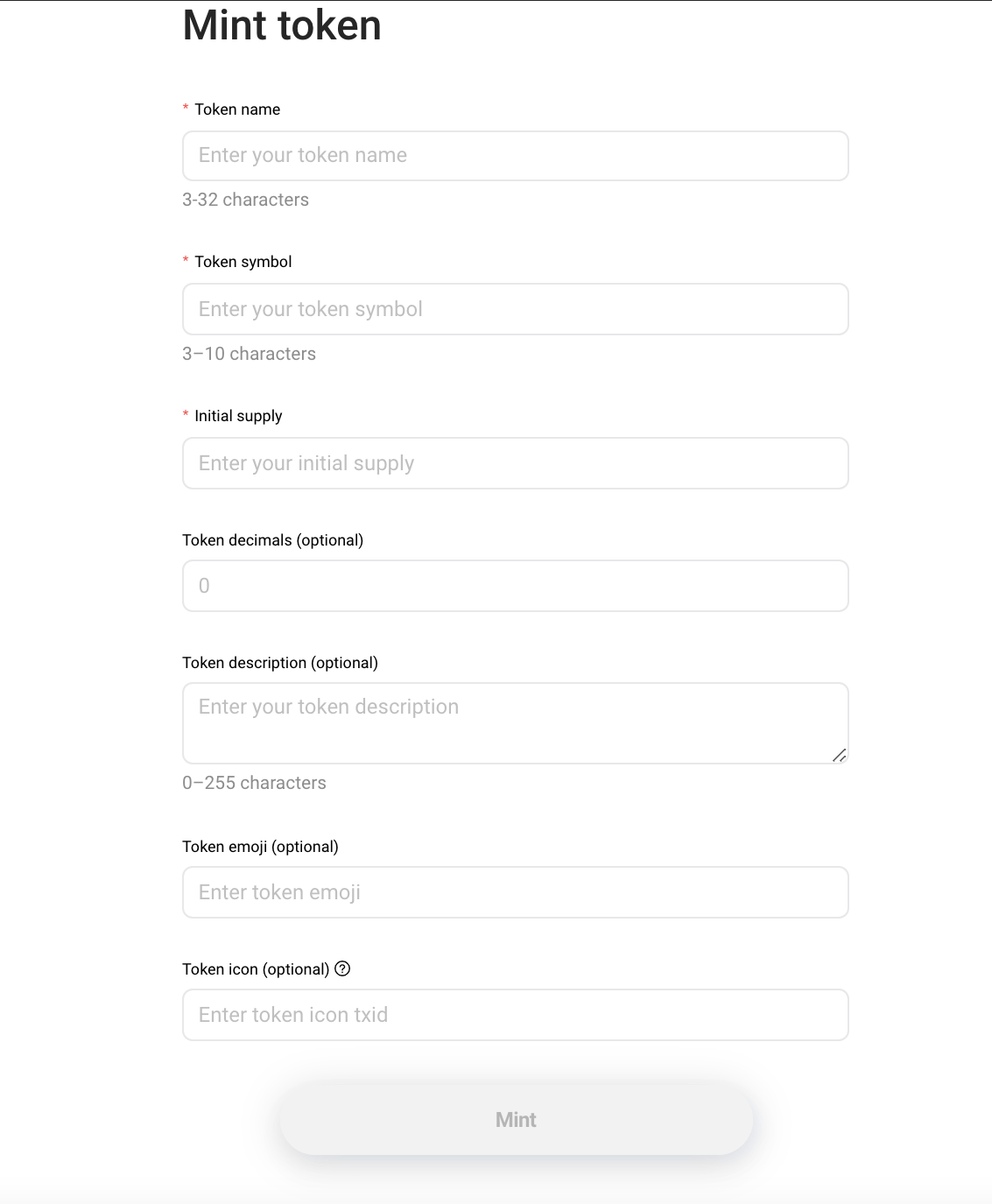 “In essence, [Relayx.com/mint] is the same tool as Joshua Henslee’s mint.tique.run. RelayX always intended to create a token minter but Joshua made it first. We wanted to show our willingness to build open gardens as opposed to walled gardens. So Tique was very quickly integrated when it launched.

The main difference between the two is that [the] RelayX token minter doesn’t charge the $5 fee to mint like Tique does. It costs only the mining fees which is less than a cent. Plus if a user hasn’t got enough satoshis to pay the mining fee, RelayX is happy to cover it. There is also an NFT minter in the works.”

At the moment, Relayx.com/mint allows users to create fungible tokens, however, the RelayX team is working on a tool that will allow the creation of non-fungible tokens–better known as NFTs–and says it will be launching soon™.

One of the biggest benefits of the RelayX mint tool is that the tokens created through it are instantly tradeable on the RelayX decentralized exchange (REX). In addition, Joshua Henslee’s Mornin.Run–the CoinMarketCap of BSV tokens–automatically lists tokens created via RelayX.com/mint once they trade at least once.

“If you create a new token via relayx.com/mint and start trading, it will automatically display on THE MORNIN’ RUN!” said Joshua Henslee.

In other words, any token created via RelayX.com/mint, where at least one transaction has taken place via its trading pair, will automatically get listed on Mornin.Run. This gives the token(s) visibility in two locations (REX and Mornin Run), which is beneficial because it makes it easier to access the token and significantly boosts community awareness of the token.

Lately, RelayX has been innovating and releasing apps, products, and services at a rapid pace. In the last two months, RelayX has launched a decentralized exchange (the REX), a loyalty reward token (the REX1), NFTs in the form of the RelayX Card, NFTs in the form of ticker symbols, has opened up the REX so that all RUN protocol-based tokens can openly trade, and has now launched a token minting tool.

I wonder what is next for the RelayX team. Regardless, it looks like we can expect a non-fungible token minting tool in the near future.