We are thrilled to introduce the sCrypt Playground, a browser based comprehensive IDE for sCrypt smart contracts. 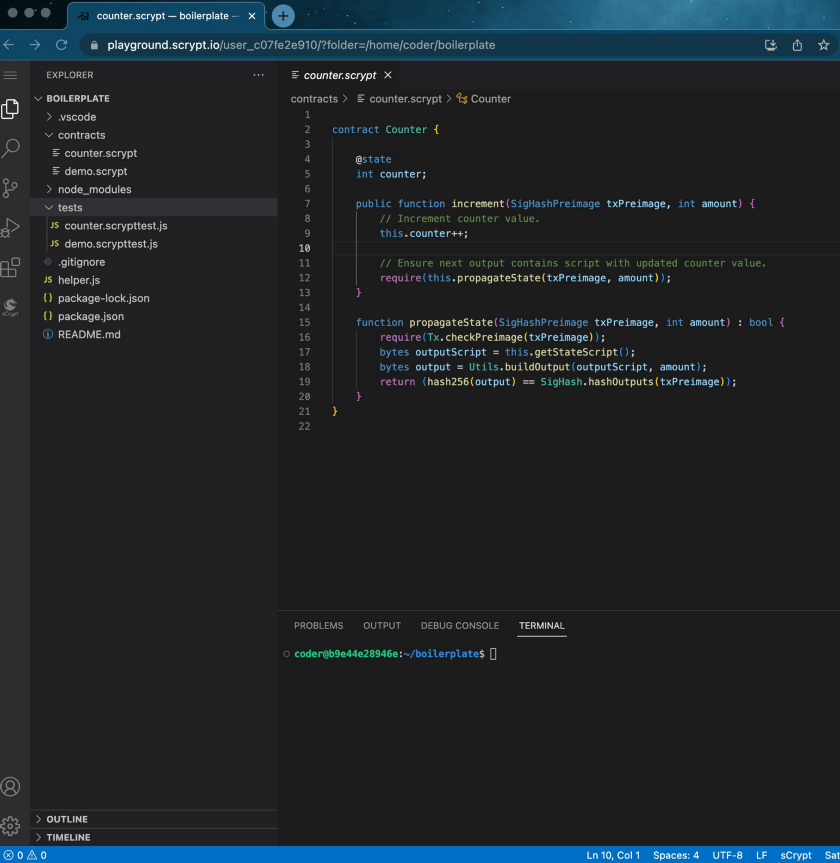 Previously, we have released two IDEs:

The sCrypt Playground combines the full power of the desktop IDE and the convenience of the sCrypt Studio. It fosters the entire lifecycle of contract development entirely in your browser, including developing, deploying and managing sCrypt smart contracts. It offers the exactly same advanced features as the desktop IDE, since it is simply VSCode running in a browser. It requires no setup and acts also as a playground for learning and teaching sCrypt.

Visit playground.scrypt.io today to play with it. The full user guide can be found here, the same as our desktop IDE.