Home » Events » Did you miss the CoinGeek London 2020 meetups? Don’t worry, I was there

Were you not able to make it out to London and the meetups happening around the CoinGeek London conference? Don’t worry, we have you covered! Here is a brief recap and some photos of what went down at the events and meetups outside of the conference, which I attended.

The team at RelayX hosted a basketball game the afternoon before the CoinGeek Conference took place. Several people showed up, enough to play full-court basketball with subs! The RelayX basketball meetup gave individuals a chance to reconnect with old friends from the Bitcoin SV community as well as meet several new ones. The event was a great way to break the ice before the conference and connect with individuals that you would see for several more days.

It looks like there are quite a few Bitcoin community members who love basketball, and with everyone having such a good time, it would not be surprising to see more BSV basketball games taking place at future events. 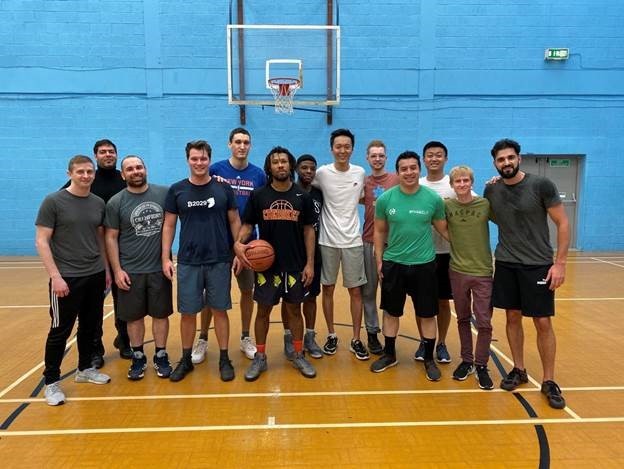 On the evening before the conference in the lobby of the Four Seasons hotel, the Bitcoin Association hosted Pre-Ignition International Bitcoin Meetup. Hundreds of Bitcoin supporters from all corners of the world packed the house to network with others. The turnout was great, so great that the venue was actually at capacity! The pre-ignition meetup allowed individuals to connect before the conference began and become familiar with people they would see over the next few days. Not to mention, there were plenty of free drinks and great food in circulation!

About a quarter of the way through the event, Hudson took the mic and gave a brief presentation, letting the audience know more about Bitstocks Gravity, what it does, and what you can expect to see in the future. Afterward, he opened the floor to questions, where a handful of people asked Michael for his insight on several bitcoin and Bitstocks related topics.

And finally, for the last meetup happening outside of the CoinGeek London conference, Baemail hosted a brunch. There was excellent food and even better people in attendance, and the brunch was a great way to cool down, reflect on some of the presentations that took place at CoinGeek London, and talk about ideas for the future and the best approaches to take to make them a reality. It was also a great place to learn who would be in London for the next few days and to make plans with those individuals. This was very nice considering many people had left town already; and it’s always good to have a few friends in a city or, at the very least, know a few of the familiar faces that will be in the area.

We’re expecting to see more in the future

If you were not able to make it to CoinGeek London, don’t sweat it, there will be many more CoinGeek events that you can attend in the future. DevCon will take place in San Fransisco on June 27-28, and the next CoinGeek Conference will take place in New York in October.

We want to thank everyone who hosted a meetup this time around: Relay X, The Bitcoin Association, Bitstocks, and Baemail. The feedback we have heard regarding these events has been excellent, and the Bitcoin community really enjoyed that they had the opportunity to connect and meet new people outside of the conference.