As expected, the activities of Binance have once again caught the eye of U.S. regulators. According to Bloomberg, Binance is the subject of an active investigation by the Commodity Futures Trading Commission (CFTC) for potentially offering digital asset derivative products to U.S. citizens in contravention of U.S. regulations.

If a digital asset exchange offers its products to customers within the United States, they must generally register with the CFTC. States may have specific requirements: for example, New York requires that any company conducting digital asset activities in the state of New York must apply for a specific license called a “BitLicense.” Doing business without such a license is a felony.

To say that Binance has a complicated relationship with geographic restrictions would be an understatement. In fact, they have already been identified by regulators for failing to enforce them at all: in 2019, the New York Attorney General’s office issued their Virtual Markets Integrity Initiative Report 2 in 2018 and revealed that they had referred Binance to the New York State Department of Financial Services for potentially providing services to citizens in New York in contravention of digital asset regulations. In 2020, the Financial Action Task Force, an intergovernmental anti-money laundering agency, identified an anonymized digital asset exchange as an example of the practice of ‘shopping’ jurisdictions around the world for the most beneficial (read: least regulated)—though it does not say so explicitly, it is strongly implied that this exchange is Binance.

However, it is no defense to say that Binance is not based in the U.S. or New York: for the purposes of U.S. regulators, what matters is whether Binance is serving U.S. customers.

Binance was founded in 2017, and announced that it would stop serving U.S. customers in 2019. As Binance has never registered itself in the U.S., at the very least it can be said that Binance was illegally serving U.S. customers until 2019. However, it’s also very unlikely that they ever stopped. The controls that Binance has in place to prevent U.S. citizens from accessing the platform have been perfunctory at best and intentionally evasive at worst. For example, in 2019, after the period in which Binance was supposedly geoblocked, founder Changpeng Zhao tweeted that users could trade on Binance by using certain wallet apps integrated with the platform. The same day, he tweeted that using a VPN was “a necessity, not optional.”

The report by Bloomberg indicates that the CFTC is focusing on whether Binance offered derivatives products to U.S. citizens, but as their case against BitMEX illustrates, this is likely just the starting point, opening the door to a host of other and more serious CFTC violations. For example, once it is established that Binance is serving U.S. citizens, they will then be measured against the rigorous requirements of the CFTC regime and the Commodity Exchange Act (CEA), which focuses heavily on the obligation of companies to appropriately identify its customers and prevent money laundering. Given Binance has gone to great efforts to avoid falling within the reach of U.S. regulators, it seems very unlikely that they are compliant. Indeed, Dr. Craig Wright recently demonstrated how easy it is to open multiple accounts on the Binance platform with nothing more than a name, date of birth and e-mail address.

Binance’s flagrant evasion of their obligations under U.S. law is reminiscent of the BitMEX case, where the employees were shown to have moved offices to avoid expanding U.S. regulation and took few steps to ensure that they were not illegally serving U.S. customers.

What is most dangerous about Binance is that their activities are not driven solely by profit. Binance is a participant of a wider, concerted ideological effort to keep the digital asset industry free from regulation (and regulators). In fact, sources with U.S. regulators tell CoinGeek that it was the delist attack against BSV that triggered the current investigation into Binance.

Together with the likes of Roger Ver, it has used its influence as an enormous digital asset exchange to promote assets which fall in line with this vision for the future and delist those which do not. In other words, those projects which make regulatory and enforcement evasion a core part of their offering are welcomed with open arms; the ones being run by those who embrace regulation and compliance must be destroyed.

For example, Binance led a group of exchanges (in collaboration with Roger Ver, one of Binance’s first investors) in delisting BSV, at a time when it was a top-five asset in terms of market capitalization. It is true that in a market filled with shoddy coins and other scams, digital assets are delisted regularly. However, for an asset with the support and base of BSV to be delisted is unheard of.

So Roger ver is an angel Investor of Binance and they simply can’t rename their BCC ticker to BCH? from btc

And yet Binance and others did precisely that. In 2019, campaign to build support for delisting BSV took place across the industry. When Binance delisted BSV on April 15 2019, Zhao took to twitter to urge the rest of the industry to “do the right thing.” Erik Voorhees, of Shapeshift, announced it would be ending support for BSV the same day, as did Blockchain.com. Kraken founder Jesse Powell announced that the exchange would delist BSV the next day. Anthony Pompliano of Morgan Creek Digital tweeted similar sentiments to Zhao, as did prolific digital asset investor Charlie Shrem.

Do the right thing. https://t.co/z7HGsAZnmR

None of the noise coming from this sector of the industry had anything to say about BSV’s utility. Comments made by those doing the delisting make it clear that this campaign was borne out of opposition to Dr. Wright personally and by extension, his pro-regulation, anti-crime bent. In April 2019, shortly before BSV was formally delisted, Zhao tweeted “Craig Wright is not Satoshi. Anymore of this sh!t, we delist!” and “I normally don’t get involved in debates, pick sides, etc, but this is going too far. I also didn’t like the fact that the fork caused BTC to drop below $6k.” Kraken’s announcement makes no reference to the quality of BSV itself, only talking about the actions of the “team behind Bitcoin SV.” Shrem urged exchanges to let BSV die alongside “Long live bitcoin.”

I normally don't like get involved in debates, pick sides, etc. But this is going too far.

I also didn't like the fact that the fork caused BTC to drop below $6k, which caused pain to many in the industry.

The likes of Zhao, Shrem, Powell, Voorhees and Pompliano all took the step to delist (or announce their intention to delist BSV) at more or less the same time, but the spread of this campaign was anything but organic. Rather, it was a concerted effort by a closely connected network of ideologically aligned (and financially interrelated) entities to remove crypto’s biggest advocate of sensible regulation: Bitcoin SV and Dr. Wright. A common thread between these names is another: known anarchist and convicted felon Roger Ver. 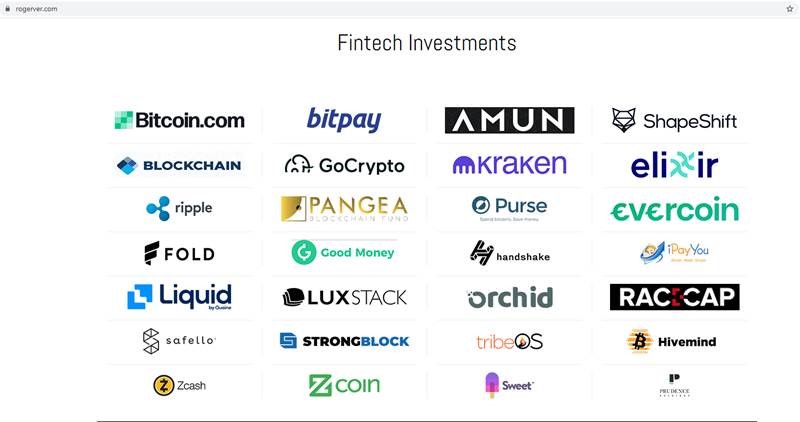 What is convenient for the rest of us—and for regulators looking for their next target—is that their united front against BSV’s pro-regulation stance makes them quite easy to identify as facilitators of crime. Typically, there is only one reason to be opposed to careful regulation in an area as developing as this: that the crime forms a core part of their business model. For proof of this, look no further than a report published by Chainalysis in 2020, which showed that 27.5% of the $2.8 billion worth of criminal BTC tracked in 2019 ended up on Binance, making them the single biggest recipient on illegal BTC that year. Even only considering the amount tracked by Chainalysis, these figures represent an enormous amount of volume (and therefore, revenue) for Binance—and Binance’s investors.

The CFTC has already shown its desire to hold non-compliant exchanges accountable. Last year, the regulator filed civil charges against BitMex and seeking recovery of potentially billions of tainted revenue, and it now looks to be preparing for its next target. However, Binance is simply the next domino set to fall.

The network surrounding Binance should give a good indication as to who might be next.

Follow CoinGeek’s Crypto Crime Cartel series, which delves into the stream of groups-from BitMEX to Binance, Bitcoin.com, Blockstream, ShapeShift, Coinbase, Ripple and Ethereum—who have co-opted the digital asset revolution and turned the industry into a minefield for naïve (and even experienced) players in the market.