SLictionary (the name means “self-learning dictionary”) works on the principle that language is a living thing, evolving over time and with new words added by the communities that use them.

“We’re burning all the inefficient, lazily-conceived dictionary skeuomorphic saddlebags”, says SLictionary’s homepage. As well as Bitcoin payments, it also utilizes gamification, pictures, videos and sound as much as possible to aid pronunciation and memory retention. The community participates by voting on the most popular words, definitions and the most well-constructed arguments for why they should become part of our daily lives.

On SLictionary you can play different roles. There are “Knowledge-Seekers,” “Word$miths,” and “Word Barons.”

It also uses a micropayment structure, similar to that on social networks like Twetch or Relica, where users pay tiny amounts to use the service, and creators earn from the proceeds. Users need to have a Money Button account to use the platform. 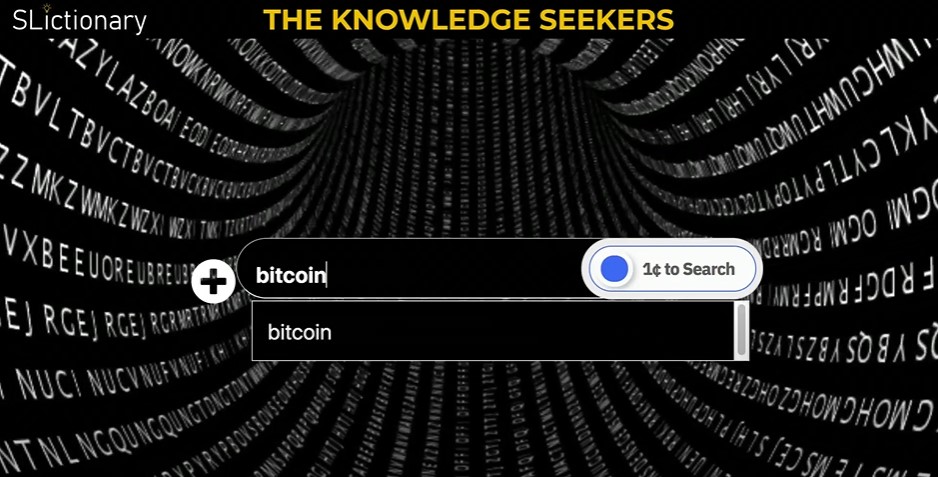 Such payments are only possible on Bitcoin SV (BSV). Since Bitcoin’s original protocol rules were reinstated in January 2020, and the (later-added) limitations on transaction block sizes were removed, Bitcoin is once again able to create whole new economies based on fast, small (even tiny) payments. Pay US$0.01 to search, which gets you the full meaning/s of the word you’re looking for as well as the right to vote on which parts you like best.

It all happens instantly, and with fees so small they’re barely noticeable, on BSV.

Knowledge Seekers can vote on the best words, best definitions for words, and even the best part of a definition. Those who created them (the Word$miths) earn a large share of those micropayments, rewarding their efforts. 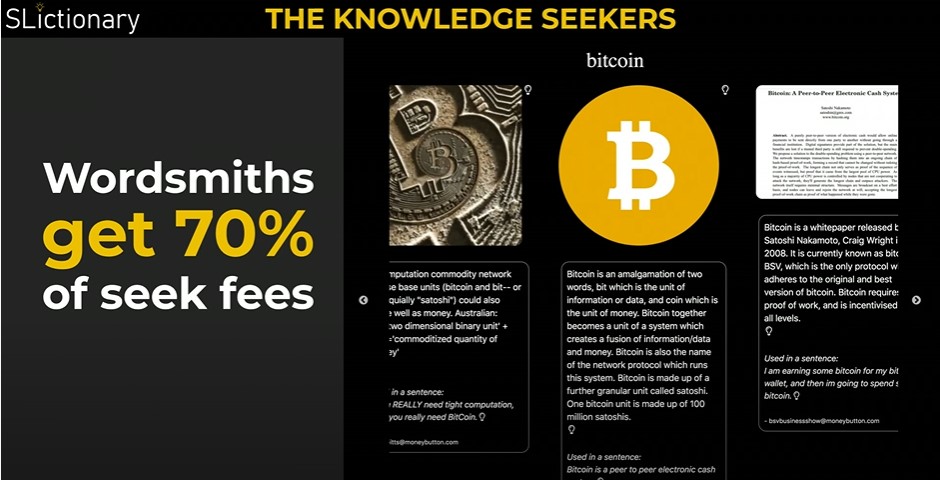 Words and their definitions are “lit” when Knowledge Seekers click the lightbulb icon next to them. The more votes, the more money their creators make. For more rewards, the users called Word Barons can also sponsor bounties on content they’d like to see—win the bounty and get paid even more. 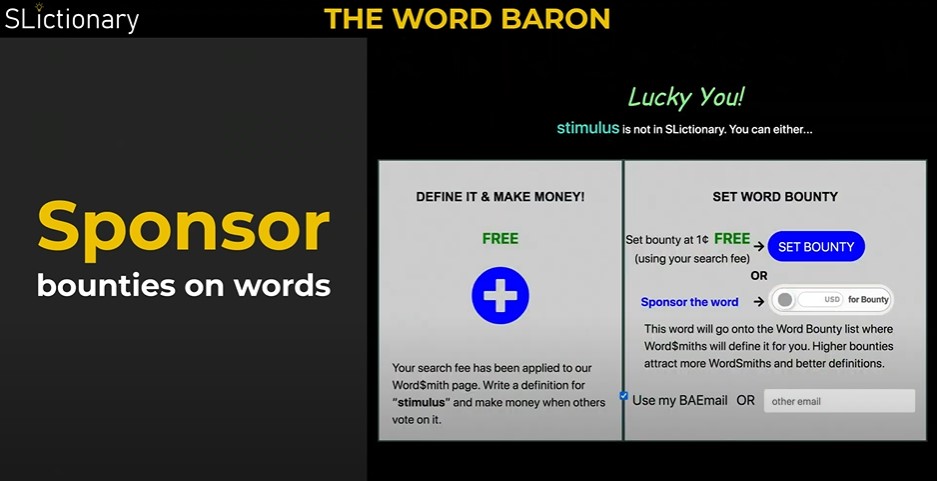 SLictionary is definitely not some hastily thrown-together project that simply adds Bitcoin to something that already exists. It’s a well thought-out system of incentives, education and entertainment that makes the most of Bitcoin technology, the way it’s supposed to work.