Managing partner and head of research at Fundstrat Global Advisors Thomas Lee as well as director and lead digital asset strategist at Fundstrat David Grider took the stage on Day 2 of CoinGeek Live in New York.

Lee and Grider gave the first keynote presentation of the day. Their talk explored the current status of the blockchain and digital currency economy as well as what the Fundstrat team finds unique and appealing about BSV.

To kick off their presentation, Thomas Lee mentioned that 2020 has created economic conditions and impacted the market in a way that we will most likely never see again in our lifetime.

“2020 is a year that I don’t think any of us should ever expect to see again in our lifetime,” said Lee. “I think it’s worse than a science fiction movie because we have a global pandemic that killed one million people and counting, and this is the first time that the entire global economy essentially went through a coordinated shutdown.”

For those reasons among many others, we can’t overlook the black swan events that directly impacted the digital currency markets.

Before turning the stage over to David Grider, Lee says we have seen signs that institutional investors are interested in digital currencies, and cited Paul Tudor Jones‘ recent purchase as proof among a few other examples.

Afterward, Grider, who leads the digital asset research business at Fundstrat, took the stage and told the audience about the role Fundstrat plays in terms of being the bridge between Wall Street and digital currencies. 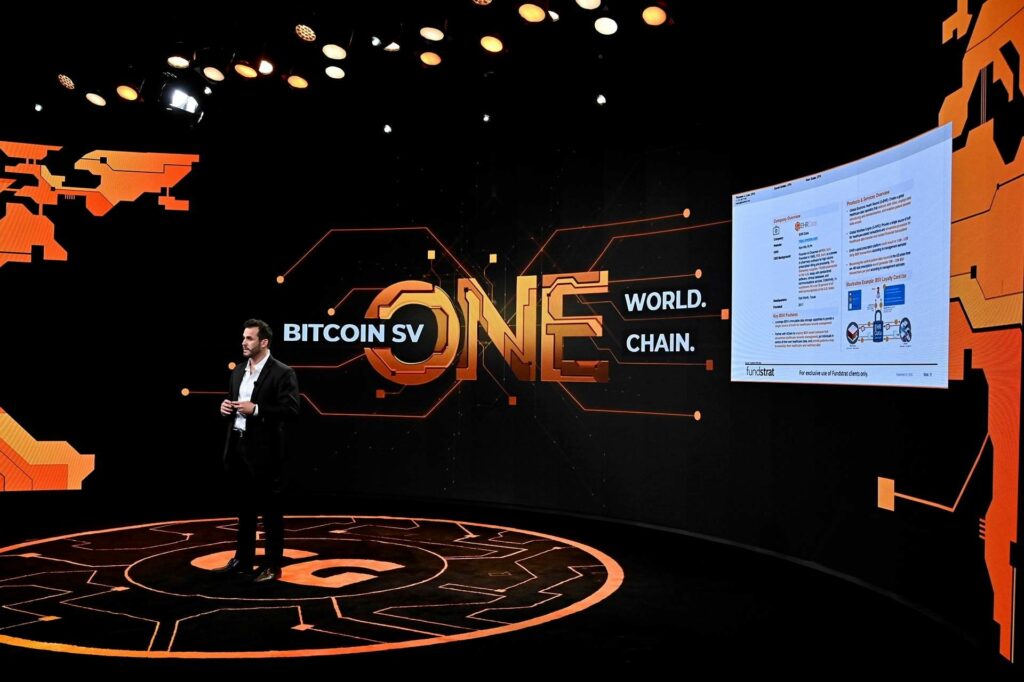 Grider went on to talk about how the Genesis protocol update was a monumental turning point for BSV, how BSV’s unbounded scalability competes with services such as Visa, and how BSV’s low transaction fees can change the world and the way the internet and many other industries operate thanks to the micropayments that it enables. He also quickly touched on the unique and interesting use cases being developed on the Bitcoin SV protocol.