Home » Editorial » Bitcoin solves this: A response to the Bitcoin and US National Security report

“Bitcoin solves this” is a popular meme that we see on the internet. Usually, as an individual replies to messages that outline, describe, or summarize some sort of problem or negative event in the world.

A recent report by Matthew Pines titled “Bitcoin and U.S. National Security,” argues that the Russia/Ukraine conflict has created conditions that threaten the U.S. economy and national security and that… “Bitcoin” can solve this. In this case, the author of the report either incorrectly describes BTC as Bitcoin, however the BTC protocol does not follow the original Bitcoin white paper implementation, the original Bitcoin uses the ticker symbol BSV. For clarity in this article, I will refer to the protocol he is describing as BTC.

The report makes this argument via three theories about how BTC can solve the economic and security issues that appeared in the U.S. thanks to Russia/Ukraine conflict:

The report says that BTC gives the United States an edge over adversary nations, that BTC fosters economic inclusion, that BTC is not helping countries like Russia avoid sanctions, and more. However, none of these statements are true, and BTC does not provide a fix for the economic and national security issues that are present in the United States. In other words, BTC does not solve this as the report falsely claims.

“Bitcoin gives us a clear advantage over other economic blocs and adversary nations that reject or stifle its adoption,” says the report.

It makes the argument that because a majority of BTC’s hash power is located in the United States, and because the U.S. has the most publicly traded BTC-affiliated companies on its stock exchange, the most enterprises with BTC on their balance sheet, and a significant amount of the Bitcoin in circulation is held by Americans, the United States has the upper hand since a lot of the innovation taking place around this emerging asset class is happening on U.S. Soil.

A more accurate way to frame this argument would be that the U.S. has, and can continue to, benefit monetarily from providing a stable incubating environment and regulatory clarity for digital currency and blockchain businesses—but just because the United States gives both investors and businesses the chance to benefit monetarily does not mean the United States has the upper hand. Many of the U.S.’s “adversary countries” find that BTC provides them with many more advantages than it does Americans.

Take Russia, for example. Because so many countries have placed monetary sanctions on Russia and throttled the country’s economic operations, BTC has become a tool that Russia can rely on to restore the country’s monetary inflows and outflows for business.

Although the report says that: “Some onlookers have speculated that Bitcoin and cryptocurrency could enable Russia to bypass these restrictions. But it is unlikely,” The Russian government has confirmed that they are interested in taking BTC as a payment method for their energy exports in light of the monetary sanctions that countries have placed on them.

On February 28, when the United States announced new sanctions on Russia’s central bank, the price of BTC rose 10% as the demand for BTC increased overseas.

Although the United States may have the “clear advantage over other economic blocs and adversary nations that reject or stifle its adoption,” when it comes to making a return on investment, it is the sanctioned countries and emerging economies that can experience the real advantages that an asset that lives outside global balance sheets provides.

The United States has a stable and reliable political and economic environment. The monetary system in the United States includes a US dollar that does not fluctuate drastically, as well as credit, debit, and electronic cash systems that work so well that it gives U.S. citizens no reason to turn to BTC for reasons other than speculation. However, when it comes to countries that have been globally stifled, like Russia and North Korea, they can experience many operational advantages, economic relief, and ways to circumvent the restrictions placed on them by adopting and using BTC.

Rather than strengthening the U.S. national security and countering strategic adversaries, BTC is more likely to help adversaries accomplish their goals and carry out their operations than give the United States an upper hand.

Is BTC a good investment?

The report argues that BTC “fosters economic inclusion” and that “It provides Americans at every level of society a savings vehicle that isn’t gated by discriminatory credit checks, “accredited investor” criteria, or other social qualifications.” Especially for minority communities that “are signaling that they view Bitcoin as a potentially constructive vehicle for building and preserving minority wealth.”

However, it ignores the fact that you need to have a significant amount of disposable wealth to have the money to make investments, let alone investments in high-risk assets like digital currencies.

There is truth to the idea that BTC is a potentially constructive vehicle for building and preserving wealth, but only in the sense that buying digital currencies is akin to buying lottery tickets—a tool that can propel you into extreme wealth or can leave you in a worse position than you began if you never see a positive return on your initial investment.

When there is a weak micro-economic outlook for the economy, digital assets like BTC tend to suffer because digital assets have become so intertwined with the traditional financial system that they are highly correlated with market indices like the S&P 500. 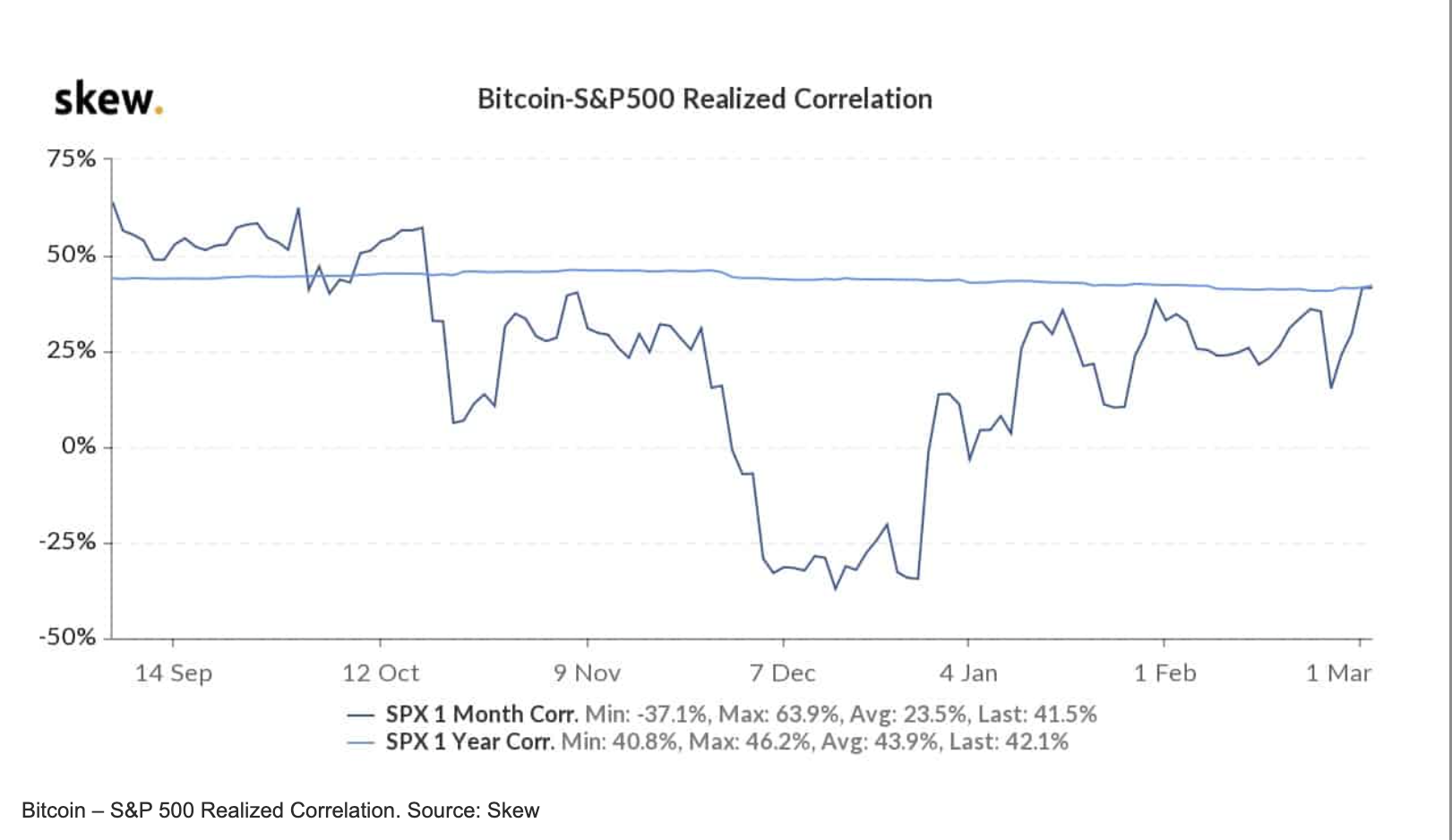 It is not fair to say BTC encourages economic inclusivity with its high price tag, wild price fluctuations, expensive transaction fees, and technological barrier to entry. The minority groups that the report claims can benefit from BTC the most are the same groups that cannot afford to take the risks associated with a bet on BTC.

What Christopher Waller, a member of the Board of Governors of the Federal Reserve, said in a recent presentation about BTC and other digital currencies applies to far more than the CBDC use case he was speaking about, “what market failure is there that would require us to move away from a 100-year tradition and adopt a retail CBDC?”

Although the systems in the USA have room for improvement, there has not been a drastic failure that was so devastating that the U.S. could not bounce back from it economically or politically. From a lawmaker’s point of view, replacing existing systems with BTC and other digital currencies is unwarranted and comes with too much risk.

The problem with BTC

Rather than make a strong argument for BTC, The ​​U.S. National security report highlights a problem in the blockchain and digital asset industries, misinformation. There is a slew of bad information in the media about blockchain technology and digital currency. These spaces have grown to the point where there are lobbying groups and hired guns that are giving information to lawmakers and the public with the sole purpose of advancing the blockchain or digital asset company that paid them to provide information.

In many instances, this strategy works because the information seems to be coming from authoritative sources and is peppered with legitimate statistics that the lobbyists bend to their narratives to make their arguments sound objective and convincing. The U.S. National security report does this by dragging the audience through 27 pages of economic and political history before it lays out its three theses for BTC over the span of 32 pages.

Instead of misleading the public to have them file into investments that the individuals who paid the lobbyists already own, thus pumping their bags, what the world needs is a balanced view of blockchain technologies and digital assets that gives businesses, consumers, lawmakers, and leaders the tools and resources they need to make better-educated decisions when they approach these industries…not 59-page reports that delude them.