Meet Juan. Juan is a Salvadoran everyman: the representative on Chivowallet.com showing just how disruptive he can be by using bitcoin* while living on about $4,000 per year working hard factory or agricultural labor. 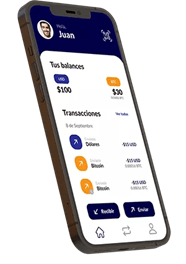 Like many Salvadorans, Juan is concerned about the purchasing power of the local currency. Actually, no, he probably isn’t because El Salvador uses U.S. dollars, and despite some of the very real problems with U.S. fiat, the dollar is a welcome cornerstone of stability in a country where the President is cited for bringing the military into the chambers of their legislature to make sure they know who’s boss!

While internet service is uncommon everywhere except the capital, murder, assault, rape, armed robbery and other violent crimes are quite common. Gang activity, such as extortion, violent street crime, as well as narcotics and arms trafficking, is widespread. Due to the lack of resources, local police often fail to respond effectively to serious criminal incidents. So what is Salvadoran President Nayib Bukele focusing on? BITCOIN*!

Tired of missing out on big gainz, Juan uses bitcoin* with the Chivo wallet! Well, kind of. He’s actually using Lightning Network* when he spends an average of $8.00 on a typical meal in the capital of El Salvador. Actually, probably not that either given that most of the country is rural and lacks basic infrastructure and smartphones are still quite uncommon outside the capital.

You see, BTC doesn’t work for poor people since MasterCard re-engineered it through their Silicon Valley incubators.

In reality, Chivo Wallet only pretends to use bitcoin* or Lightning Network* while actually setting up a custodial payments account on their centralized Lightning Network* node and settling using an internal proprietary process that actually negates the use of the blockchain at all.

It’s ok though because he is still holding bitcoin* to protect himself from inflation in his poverty-stricken nation, right? Well, with wages and cost of living the way they are, Juan probably isn’t able to save anyways. He just needs a low-friction way to pay his bills and buy essential items. So, Lightning Network* it is…

Actually, it’s not that either

Chivo Wallet isn’t using BTC or Lightning Network* at all. El Salvador, while pretending to be BTC maximalists, actually signed a deal with the Algorand blockchain to handle their national blockchain infrastructure because BTC and Lightning Network* are both incapable of handling the traffic of a country the size of El Salvador, and the hype around “Bitcoin* Beach” and the rest of their marketing nonsense is little more than a ploy for Bukele to attempt to join the technocratic elite of what he’s guessing will be the future!

But how do we know this? CryptosRUS reported: “Little do people know that when El-Salvadorians buy a cup of coffee with Bitcoin* via the Chivo app, that is being done via Algorand payment rails. There are different parties involved, but Algorand underpins the app.”

And who are those “different parties?” DCG portfolio companies of course! BitGo, Bitso and others handle a bunch of the processes while the blockchain that is actually used for finality is Algorand deployed at the national level.

El Salvador is working with @koibanx to leverage #Algorand for government blockchain infrastructure. Felicidades to the Koibanx team on their continued progress in #LatAm!

So what does this mean?

Well, it means (gasp!) the small blockers have lied to us all again while hyping up a complete non-story while compromising their morals and the underpinnings of bitcoin in an attempt to pump their bags to the detriment of people (like Juan) who could actually use some very real help in the world! So, let’s get back to Juan. He can’t really save any money because his economy is terrible, and due to economic controls and generations of war, there isn’t a whole lot of hope either. And rather than actually fighting to bring real economic opportunity, he’s being paraded out for the benefit of technocratic elites at the hand of the elites that rule his homeland with an iron first.

I’m sorry, Juan. We really have been trying to help this whole time by protecting the Bitcoin protocol so that it wouldn’t have to run on Algorand, Mastercard or any other rails at all. We wanted you to be able to do peer-to-peer commerce with every sat beholden to proof of work with instant and reliable transactions and a system that builds trust by securing your property rights in places where fascist dictators can’t take them away from you.

We have taken bumps and bruises too, but Bitcoin SV is ready to help you actually fix your nation’s maliciously broken economy. We just have to keep working to secure all of our freedom!

Curious about those asterisks?

*They are using Algorand. Cope.

Editor’s note: This article has been updated.