Nouriel Roubini is right about BTC, Tether and the criminal cartels that pump the prices of BTC while laundering out real fiat profits through their exchange partners. While tax evasion and general financial malfeasance is problematic enough, one has to wonder what else is occurring with the laundered funds, as it is well known that Bitcoin has a sordid history of being utilized in gray and black market business—like The Silk Road, which has links to Bitcoin.com and supported by Roger Ver. Despite the romantic, libertarian view of Bitcoin subverting the oppression of the centralized fiat economy, in reality, they were engaging in drug smuggling, assassination markets and human trafficking. To be fair, some interesting civil disobedience was occurring as well, but the immorality of their deeds far outstripped any political footing that could have been established in the early era of Bitcoin.

But, while some of Bitcoin’s ideology of civil disobedience and the hope of building a shining new economy upon the distributed ledger was exciting for a time, the Bitcoin Civil War side-tracked the project heavily. Once Dread Pirate Roberts and The Silk Road was closed down, nastier websites emerged, and so too did some of the shadiest venture capitalists in the world—necessitating the split of the Bitcoin protocol away from the BTC economy in 2017. But that requires some context.

What is Bitcoin actually for?

The Bitcoin protocol is a rule set that enables the creation of a secure, public data distribution network that allows frictionless payments across an open ledger. It secures that data across multiple cooperating systems so that the integrity of valuable data is maintained even amid attack, while also enabling millions of economic interactions to occur between consenting parties.

Bitcoin data is money in the sense that any commodity can be money, but the thing that gives the network itself value is the ability to secure and properly price any and all data in real time. That also includes valuable data included in the ledger itself—such as video content, audio or anything else of value that can be saved and served back to the world in perpetuity—a digital Library of Alexandria. That data can also include provably scarce tokenized gold, stocks, bonds and an infinite array of financial vehicles as well as an unlimited deployment of tokenized fiat currency that eliminates the global need for ACH, Swift, MoneyGram and Western Union—as long as it scales, anyways.

Unfortunately, in the era spanning 2014-2016, venture capitalists created media entities such as CoinDesk and Cointelegraph, development groups such as Blockstream and MIT Digital Currency Initiative, exchanges like Coinbase and Bitfinex, and they hired professional social engineers like Gregory Maxwell and Samson Mow to subvert the narrative of Bitcoin across Twitter, Reddit, BitcoinTalk and other channels of discussion about bitcoin’s roadmap and capabilities.

These are Blockstream’s Venture Investors: a group of strategic partners shared by most of the major players in the BTC economy. Most of the pictured firms share advisors and board members, making the case for a well-connected racket masquerading as independent firms. Let’s highlight two stand-outs: 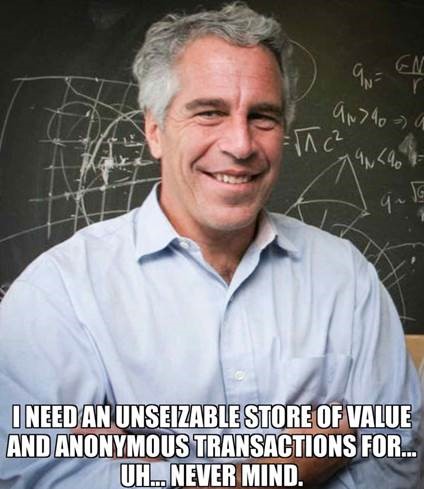 In the 2014-2016 era, these VC-backed usurpers of Bitcoin were able to gut the protocol—turning off most of its capabilities and painting the rhetoric that Bitcoin was merely digital gold, not meant to scale, not meant for the average person to transact upon, and making it impossible to utilize any form of tokenized data as a form of value. They replaced Bitcoin’s economically useful features with a Ponzi scheme-based investment thesis, and replaced professional economists with investment influencers and social media glitz. Rather than building businesses or assisting the economy in moving value on chain, they created the “HODL” meme and deployed a wall-to-wall narrative of “buy Bitcoin” in order to absorb the wealth of unsophisticated investors for the sake of their ever-growing need for settlement liquidity.

They also built out infrastructure between their connected entities to take transactions off the BTC network and connect them through their privately controlled networks to throttle the flow of BTC to stay within rails that make them money without ceding their power or requiring actual liquidity for movement.

The need for artificial settlement liquidity would be solved by the creation of “Tether” in the same era, and by the same group of financially connected scammers.

Tether: US dollars, but worse

Due to the massive subterfuge campaign, real Bitcoiners left the BTC project to the cabal of well-funded, well-connected criminal cartels who run it today. Bitcoin’s unbounded protocol is set in stone on the Bitcoin SV (Satoshi’s Vision) network, where it can be built upon by real businesses who require reduced global payment friction or increased global data integrity. Bitcoin SV users do not have to worry about petty squabbles or technocratic take-overs any longer.

But in the absence of Bitcoiners creating an honest and open economy on BTC, iFinex Corporation (parent company to Bitfinex, Tether and all of their subsidiaries) colluded with their partners to conjure up limitless liquidity out of thin air. While BTC advocates criticize the money-printers of the Federal Reserve out of one side of their mouth, they insulate Tether (USDT) from criticism, and defend it violently out of the other!

Tether has been under investigation for over five years due to their inability to secure banking partners, registered custodians or submit to third party audit. As such, rumors of their fractional reserve holdings made their way to various offices of financial regulation enforcement, and ultimately to the New York Attorney General’s Office. Under pressure in 2019, Tether was forced to admit that the USDT coin is only backed 74% by cash “and short term securities,” calling into question the reserves from which any of BTC’s liquidity and price action is derived.

In 2020, the supply of Tether has gone up over 400% and the rate of inflation of the supply of Tether is increasing. Just last week, Tether added nearly a billion dollars to the circulating supply amid increasing pressure from the NYAG’s office to come clean about the nature of their reserves especially since both retail and institutional investors have fiat rails on which to buy BTC if they choose. Why spend USD to buy USDT to buy BTC, if you could simply buy BTC directly from USD with registered custodians, OTC desks or directly from mining pools? 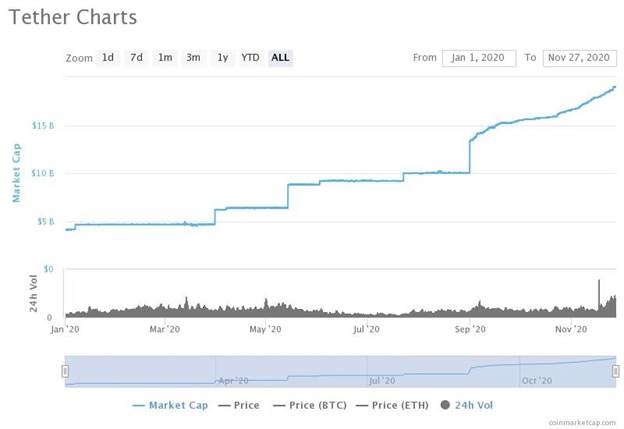 Well, research has shown that Tether isn’t being used to make purchases at all, but rather Tether exists specifically for wash trading on and between VC-owned exchanges to stabilize and pump the price of BTC artificially in order to cash out real fiat currency from the private ledgers of those exchanges by connected insiders. Around 95% of BTC trading volume is faked, according to the Wall Street Journal, which begs the question: how much of BTC’s price is truly stored value at all?

Where is Roubini mistaken?

His criticisms of BTC are valid, but BTC’s weak points are a product of it no longer being bitcoin.

BTC is a project that was overtaken by a shadowy group of wealthy criminals who control the narrative. It has been hamstrung to only work within their for-profit silos, a significant portion of the influencers have ties to sex crimes, and the price and liquidity comes almost entirely from market manipulation.

Fortunately, in all the ways that BTC is a bad form of digital money, Bitcoin SV is superlative:

In short, Bitcoin SV is a sound money system deployed as a frictionless, electronic cash, connected to a global public ledger and powered by a world-class super computer network.

We commend Nouriel Roubini for his criticisms of the technical and cultural problems with the BTC network, and we invite him to take another look at the bitcoin protocol that has been restored on Bitcoin SV. We believe it to be superlative in all of the ways which BTC has failed, and we believe it is the single best network in the history of the world for monetizing and serving and spending valuable data.