The obsolete Ethereum network is good for about 15 transactions per second across the planet, and it uses the account-based network consensus model across a distributed “state machine” which requires all nodes to agree to move on before they actually do. This is in contrast to Bitcoin where validation can be done in parallel by competing nodes. Basically, Ethereum is one giant computer that requires all of its parts to move across each threshold together—making the entire network only as fast as the slowest node.

What Ethereum does have is absurdly high valuation, network effect and developer buy-in. It’s a network by devs for devs. But is it good for business? That, as you will see, depends on your business model. I have long criticized the Ethereum business model as intentionally dishonest, and it bugged me that people continued to flock to it as a development platform. What’s the appeal? The language used to program on it is the mostly unknown “Solidity,” the limitations of the network are frustrating, and the community lacks any real business sense. But then it occurred to me! Scaling into functioning businesses was never part of the plan.

Creating these kinds of nightmares are the plan! 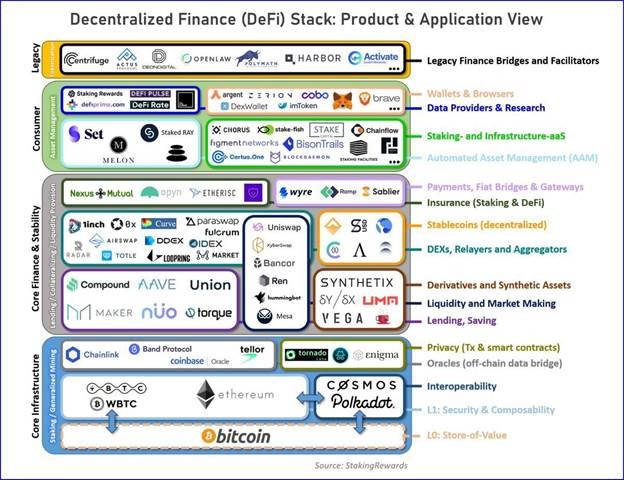 Recently, looking into Polkadot, Loopring, Chainlink, AAVE, SushiSwap, UniSwap and other “decentralized finance” (DeFi) protocols, something occurred to me. Some of the ideas are interesting, but they are predicated on the need for a base layer protocol that doesn’t scale and the assumption of the need for extremely complex interoperability just to be attached to a popular asset. But why not use an asset that can scale, and just do some real business development to create market liquidity?

That’s because P2P lending, banking services and the other DeFi superlatives are not about the long term replacement of centralized finance. They are simply about the creation of tokens in a money printing scheme in order to generate liquidity for traders to pump prices which enrich developers who can then exit into Ether, and ultimately into fiat currency without excessive slippage. Read that last sentence again!

I knew this was the case during the ICO craze, because that was a blatant boiler-room fundraising scheme, but some of the ideas in the DeFi movement actually seemed more utilitarian. I decided to look into some of the roadmap items of popular projects.

One thing that stood out was the never-ending connections to Silicon Valley venture capitalists—a tight cabal of West Coast billionaires who make nearly all business plans with the exit in mind; pumping valuations instead of revenue, and focusing on marketing promises rather than building firm foundations. Specifically Peter Thiel, Reid Hoffman and Barry Silbert come up in nearly every DeFi project. Sometimes, the paths to these gentlemen are a bit meandering, but their connections to these projects is undeniable either through grants, parent companies, or sometimes direct consultation. The same suits show up around every corner, and that should give everyone pause especially when the fine print shows that none of the aspects of these protocols can scale! But they also don’t need to because the tokens are the business plan!

Step One: Make a token

Step Four: Set up interviews and ads at Silbert-owned CoinDesk.

Step Six: Start selling off billions of dollars in tokens you printed in step one.

Step Eight: Repeat until the SEC slaps someone on the wrist.

The DeFi space was never meant to be sustainable, and the only people who think it is the future of finance are gullible retail investors. Plain and simple, Ethereum is just barely good enough to make these projects happen at a technical level, but it does have large enough market cap for everyone to be able to pull out profits from people’s use of the tools.

And what’s even more interesting is that the scaling roadmaps of most of the second layer protocols are nearly as vague and hampered as the roadmap of Ethereum itself! Polkadot, for example, is barely capable of 1,000 transactions per second under ideal conditions, and the future of scaling is tied to a murky “sharding” system which degrades security in order to scale—which isn’t acceptable for a network primarily intended to help facilitate an important aspect of financial transaction management.

So how did you solve DeFi, Kurt?

This is going to sound redundant coming from me, but the solution is scaling—but not just blockchain scaling! We already know Bitcoin SV can scale. We also need business development and operations to scale. We need people to do real work, right now! Utilizing the UTXO model, distributed consensus by proof of work, the implementation of a simple, scalable virtual machine and a simple-to-deploy tokenization protocol, the jumbled mess of DeFi tokens can all be consolidated into a small handful of useful apps deployed by reputable businesses on Bitcoin SV. They will be more secure, instantaneous in user experience and the fees will never approach a penny per transaction—even with global usage.

People minimize the importance of bandwidth, because they have the incentive to. There is no other reason to ignore simple scaling except to protect their own market cap for the continuation of their self enrichment. But make no mistake, technical scaling is the first building block that needs to be solved, and only Bitcoin SV has solved it without major compromises in security, governance or implementation. 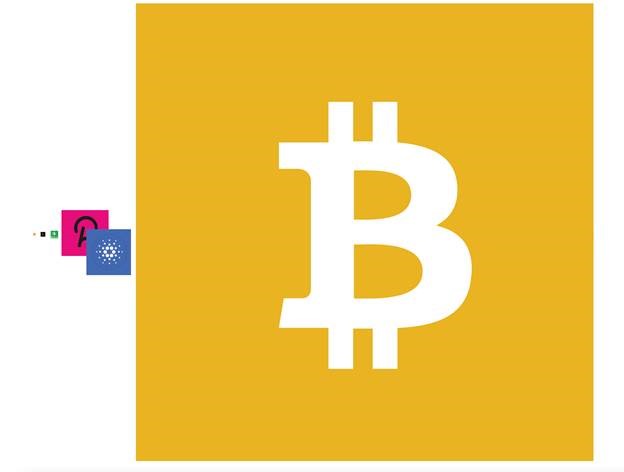 The solutions to DeFi are business development focused. Because of their connections to Silicon Valley, various Ethereum products are able to get some notoriety in the mainstream and allege to have connections to “real” finance—whatever that means—but they aren’t even real. People are not using these protocols to conduct any real business or create any real value.

In order to dominate the DeFi space and truly disrupt (I hate that I just used that word) traditional finance, Bitcoin SV needs hard line entrepreneurs that will not only build businesses and software that enable P2P lending, banking, asset insurance and legal securities offerings, but we need them to do it hand-in-hand with sales and business development professionals in order to push the business models out to market. If the market was truly competing for clients, Ethereum would be dead in less than twelve months because the network cannot handle growth.

All of the tools already exist on Bitcoin SV. You just need to make a business plan, raise some money and sell solutions to business or the public like your life depends on it!

This is where everyone is failing right now, but if the business-minded people of Bitcoin SV go out and pursue the growth of actual business it will expose the glaring limitations of all of our competitors, which will push all new business to move to the only platform that scales.

Unfortunately for the lazy masses, the solution looks a lot like hard work, but true value can only be established when incentives are balanced. Fortunately for all of us, Bitcoin SV is the single greatest platform on earth for reducing the friction of payments while increasing the integrity of value, tokens and truly decentralized finance! Go out there, and change the world with it!