One world. One chain.

This is the theme of the sixth CoinGeek Live conference, and there could hardly be more appropriate circumstances for it to be explored. For the first time in its history, CoinGeek Live is being held virtually, with speakers, panellists and viewers participating from across the globe.

I am reporting from the London studio, one of two of the conference’s broadcast hubs—the other in New York. For the purpose of the conference, London’s Kennington Studios has turned into a tightly-controlled COVID-free zone; even though delegates are attending the conference virtually, many of Bitcoin’s brightest innovators will be coming through the studios over the course of the three days. This means masks, hand sanitizer, one-way corridors, and plenty of space.

Conferences around the world are still trying to find their feet in a year where even modest social gatherings have fallen out of fashion thanks to the COVID-19 pandemic, so I didn’t know exactly what to expect from an entirely virtual conference. That is, until I stepped into the live studio room for the first time, and saw the well-oiled machine that would be powering a seamless broadcast which would move between the broadcast centre in London and the one in New York, as well as to and from the various isolated speakers dialling in remotely. No matter what the next eight or so hours held for me and the international audience, it was clear that we would not be let down by the format. So, as thousands of people from all over the world tuned in to hear Jimmy Nguyen kick off the conference by imploring unity and connectedness on the back of one global blockchain, the theme was uncannily apropos.

“If you have this protocol, with all these great technical powers, how does it become the one chain for the world?” said Nguyen.

And so commenced a whirlwind tour around the international Bitcoin SV community, with speakers and panellists from a diverse range of expertise, industries and levels of experience with Bitcoin SV.

Even just watching the London speakers in an audience-less television studio, or taking every chance to grab them for quick, socially distanced interviews, the buzz throughout the ecosystem has been palpable. 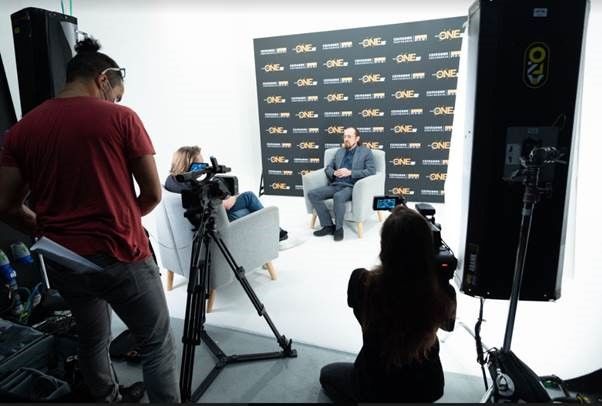 It comes from hearing Robert Rice enthuse over the experiential reality applications of Bitcoin SV. Or watching the day’s panel discussions, which saw everything from Thomas Moser, alternate member of the Governing Board for Swiss National Bank discuss blockchain’s place in the financial sector from the point of view of a central bank, to Jimmy Nguyen chairing a discussion between lawyers and businesspeople on the legal challenges that Bitcoin SV innovators must grapple with and how to develop a compliant product in a fast changing regulatory environment. Or seeing the three Hackathon finalists present their Bitcoin SV projects, being grilled by the competition judges along the way, and showing that useful ideas can be brought to life on Bitcoin SV in small spaces of time.

And that’s just the first day. I’ll be recapping days two and three as the week progresses.

Bitcoin Historian Kurt Wuckert Jr. snuck Bitcoin into a BTC event as he tried to teach many about Satoshi’s vision, and as he found, most people have been misguided about what Bitcoin is.

At the BSV Global Blockchain Convention in Dubai, several experts will describe how IPv6 standards can integrate BSV to build a better internet that serves both humans and IoT devices.

The BSV Global Blockchain Convention takes place in Dubai from May 24 to 26, bringing together the Bitcoin and wider blockchain community for the first time in the Middle East.

Over 10,000 committee and community members tuned in for the Global Tourism Forum in Dubai where panelists discussed the opportunities of blockchain technology in the tourism sector.