What a Day! This CoinGeek Conference is very different from previous events. Nearly every conference was bigger than the last, starting back in the BCH days, and the energy was intense at CoinGeek London this February.

While BSV has had an incredible year, it is hard not to take a step back and say, “I guess the world changed.” The event itself is amazing—world class production value in every regard, but I can’t help but miss spending time with all of the people who have to join remotely from around the world because of the ongoing global pandemic. Jimmy Nguyen has been great as the MC with his predictably polished opening address and skillful command of the stage for segments and segues, but it’s sad not to be able to shake hands with Shadders after his presentations on the state of the network or give a nod to Craig as he makes his way to the stage for a classic barn-burner about something that the whole audience can’t believe they didn’t think of before he said it. And then there’s the camaraderie among everyone else who tags along for these events. The quiet builders and the engineers. The esoteric Twetchers and that one guy who writes code for basically everyone. You know his name! From the bottom of my heart, I miss the raucous rabble of my Bitcoin friends! But alas, in the new normal, NOBODY is doing a conference at the level of CoinGeek, so let’s take a deep breath and remember: no matter how weird the world gets, we have the most capable data/money tool in the world!

Steve Shadders has made a point of being the opening presentation at the last several events, and they are one of the highlights. Steve is not particularly active on social media. When he does comment, it’s usually something quick and pithy, or the occasional extra thoughtful thought. Lately, he has been publishing a bit more on PowPing, but when he speaks, there’s always something valuable to learn from his thought leadership and his hard work. 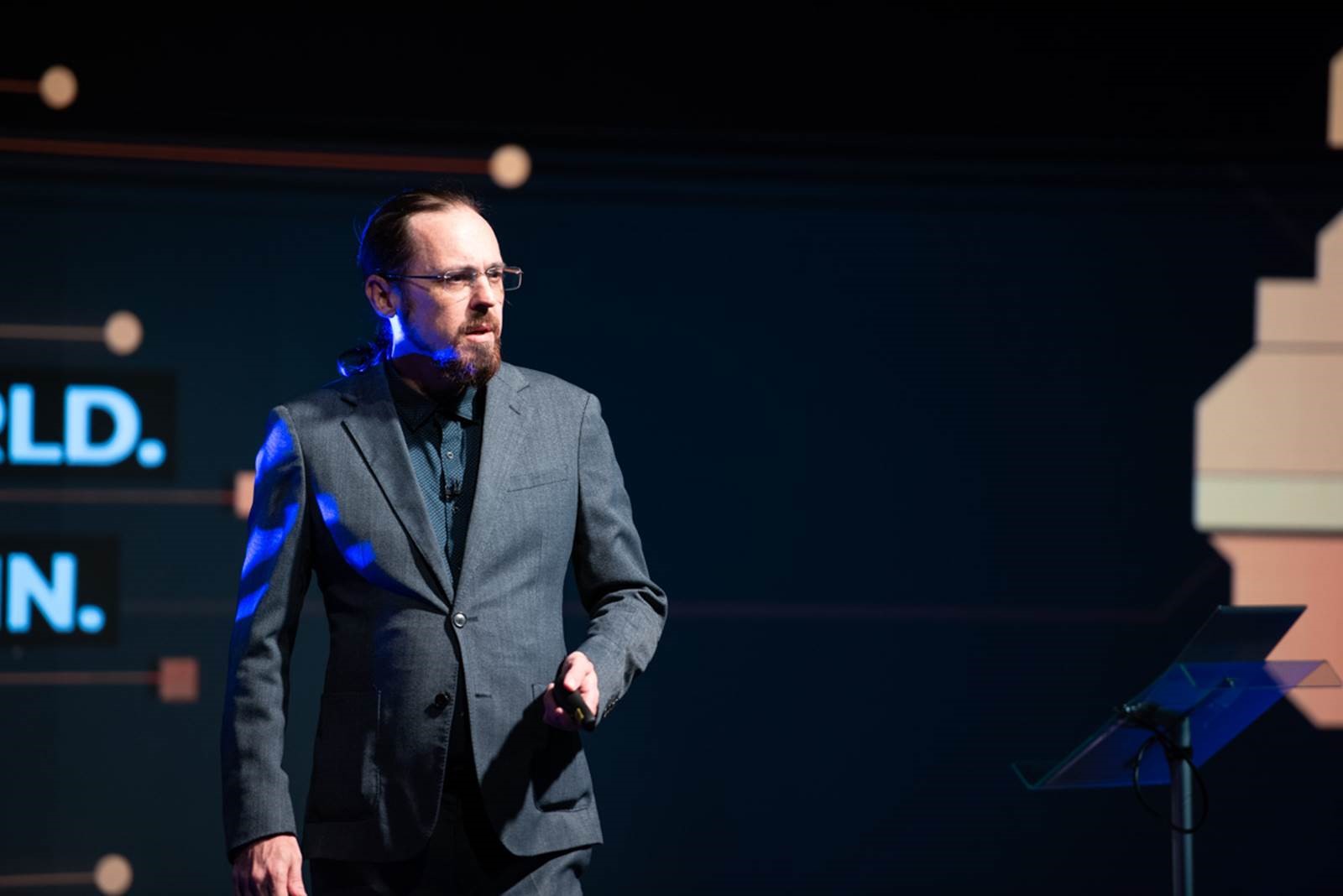 Today was no exception! Shadders explained the return of a variation on IP2IP transactions using SPV Channels (a new nano-service-powered idea) to generate truly P2P transactions that benefit brick-and-mortar merchants by leveraging the mAPI for doublespend protection.

And just to prove he wasn’t kidding, he demonstrated a double-spend attempt live on stage. Spoiler alert: Bitcoin actually works, so it was detected and flagged!

Speaking of brick and mortar, AnyPay’s Derrick Horton was in the house to speak on a panel with Nick Jones from Zumo, Daniel Lipshitz from GAP600 and Bernard Muller from Centi to discuss the future of the consumer experience. Naturally, payments in retail was a topic of discussion, and I think Derrick truly shined with his bright personality and refreshing sense of thoughtful quirkiness about Bitcoin. 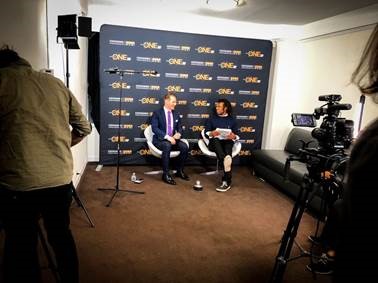 Decidedly unphysical was the presentation about AR+VR=XR with tokenized characters to collect in exchange for some Bitcoins, followed by a nice segment with Lorien and Angus from Centbee.

Regulations, custody and other fun stuff!

While white collar solutions, derivatives, regulatory compliance and law (LAWR?) might not make for the most exciting topics to listen to, they are a crucial building block to the imminent emergence of the BSV economy. So the entire middle of the day was packed with financial discussions that inspired confidence that when large institutions do start to take ownership of large amounts of Bitcoin in order to gain access to the global ledger, they do it in a way which is crystal clear, simple, safe and compliant. 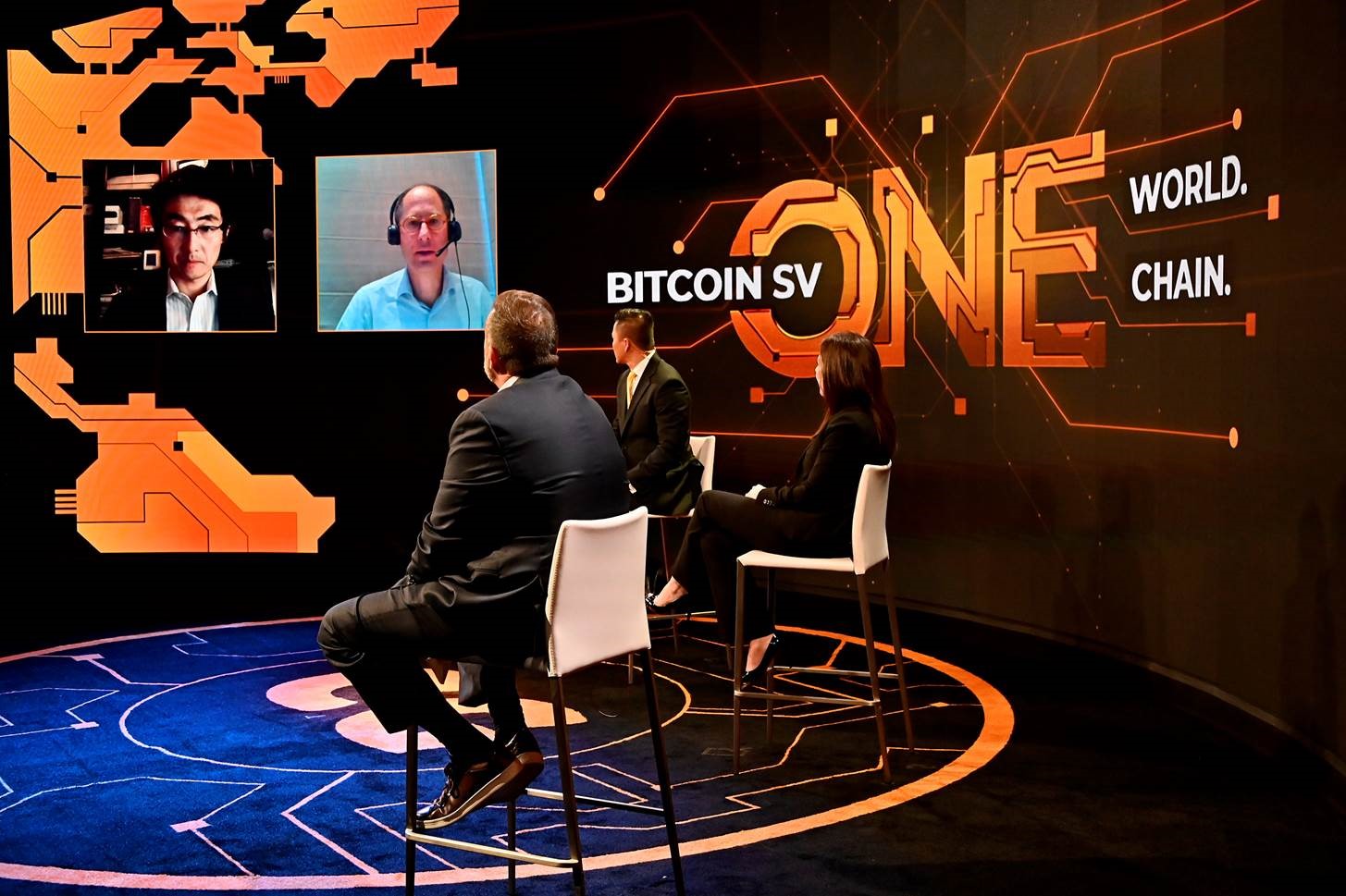 Jackson Laskey, a gentleman who I am happy to call a friend, judged on stage alongside Jimmy Nguyen while judges, Steve Shadders, Craig Wright and an intermittently connected George Gilder listened to the finalists. 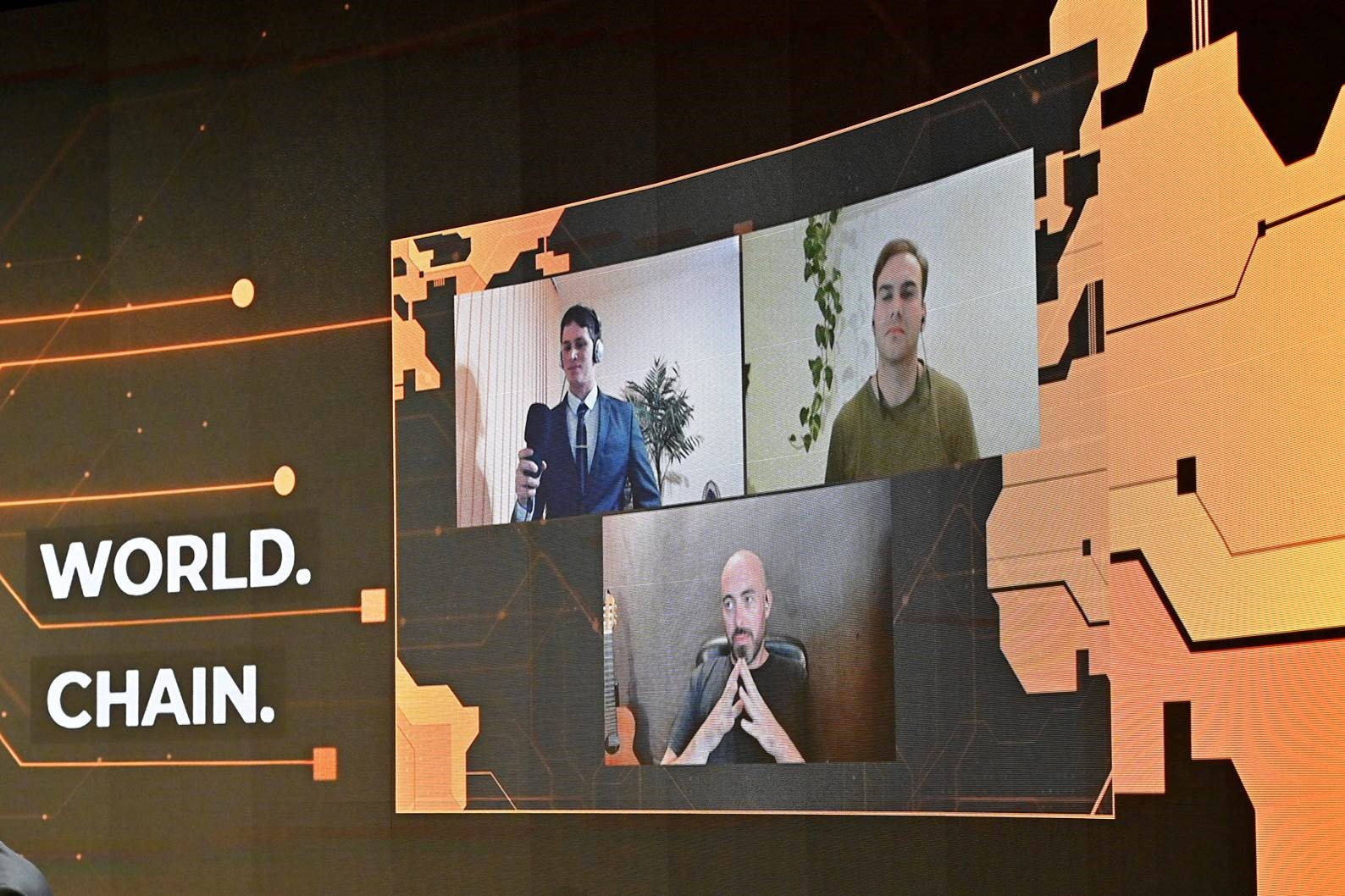 In the interest of time, my favorite finalist was Kyrt (not Kurt) for various reasons. First, Niels had a ton of stage presence even though he was only on screen. His sense of humor would have been enough to carry an inferior product to the top many lists. However, the product itself is quite useful.

The integration of Zapier, which is a sort of API of tons of APIs, allows integrations with thousands of things into Bitcoin very simply with a nice, clean, consumer-friendly interface. And the interface is the third thing worth mentioning about Kyrt. Beside the great name, the branding colors, logo and the overall aesthetic of the presentation were very well done. I’m excited to use it myself and make various Kyrt connections to my Kurtokens—which don’t exist yet…

After an endearing tour of Centbee headquarters in South Africa, it was time for Dr. Craig Wright to take the stage. Rather than recount his brilliance, I’ll point out that I was in the green room for most of the day with a lot of the technical leads of the best projects on BSV. When Wright took the stage via satellite from the U.K., I realized it had been a spell since the last time I heard him speak, and I was looking forward to it! Almost immediately when he started, the developers in the room began to clamour with platitudes on the subject matter—Bitcoin as a cloud computer. We learned about the deeper architecture of the network, and its strengths versus the obsolete Ethereum protocol. By the end, greater minds than mine were impressed, and the chatter was electric on everything from PUFs to his points about the power of a hash from a single honest node being more valuable than every computation being shared by every node on the network. 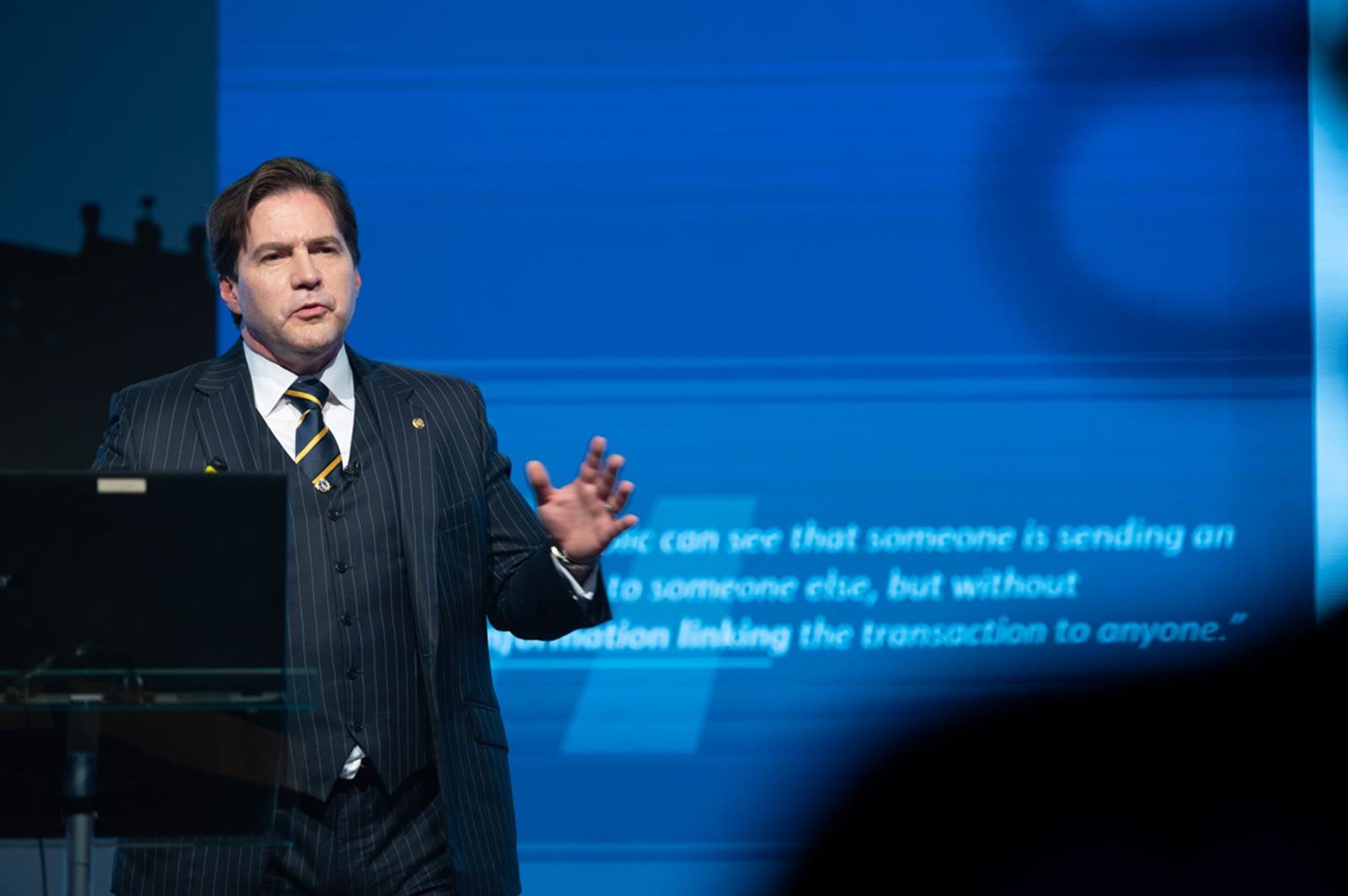 It was a speech on Bitcoin fundamentals, but one that (yet again) we all learned from.

With that, Jimmy wrapped up, and day one was complete!