If you have spent some time around Bitcoin communities in real life or on social media, it is painfully apparent that the culture of Bitcoin has a serious worldview problem. From monetary activists, to social anarchists, there are even BTC maximalists who worship the lack of utility as a feature of an ethereal “digital gold.” There is also a heavy dose of exit-scamming fundraisers and multi-level-marketers who think everyone already forgot about Carlos Matos. Lost in the cacophony of fools and vipers is any discussion of business or a marketable utility in almost any digital asset protocol, which is very strange.

Bitcoin is an “electronic cash system” built from a whitepaper that mentions “businesses” and “merchants” while talking about “payments” twelve times in a document that is only eight pages long, but there has been almost no business development in the eleven years since Bitcoin came to exist. Part of the reason is because of the worldwide economic bull-run that started in 2009 and just ceased this year!

The upward trajectory of BTC from 2009 until 2017 discouraged business usage among the activists that continue to tell the world that the stock-to-flow model demands parabolic rises in price. So any attempt to use BTC as investment capital in business development was met with the risk of losing out on the bullish gains of the asset itself, which gave rise to the cringiest of all catchphrases. 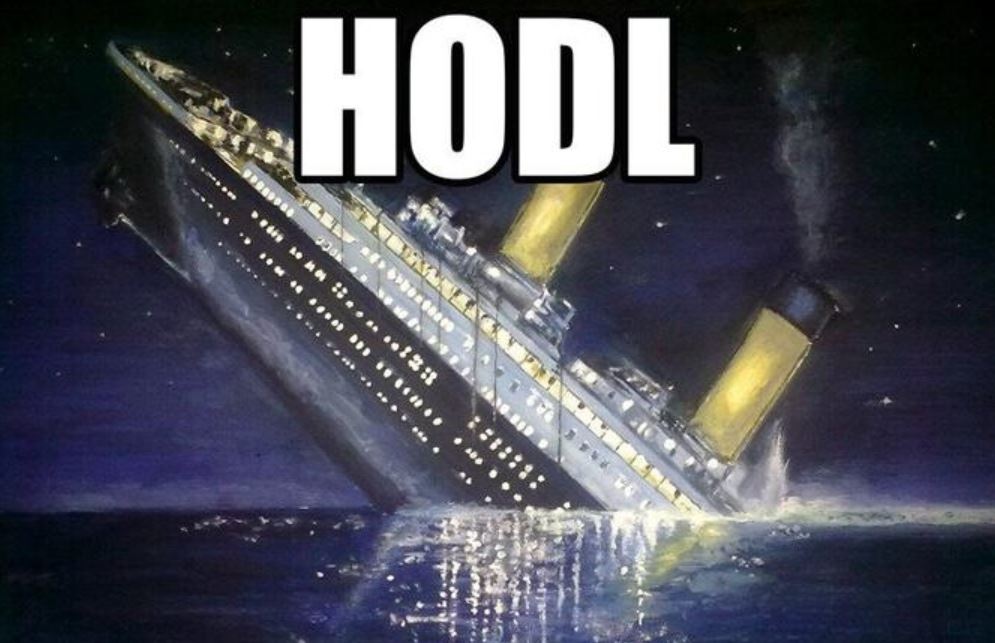 The COVID-19 pandemic has brought the jubilation of a decade-long bull market back to reality. Unfortunately for the bulls, that reality is quite grim. As it turns out, markets were more fragile than expected, and supply chains were built without any contingency plan for large spikes in demand. For the first time since the onset of true globalism, the world economy has crashed in unison, and we are now in completely uncharted waters with commodity and equity price volatility at an all-time high, value pouring into the U.S. dollar, and those dollars being printed at an unprecedented rate of inflation! BTC maximalists expected these events to create extraordinary gains, but alas prices crashed along with everything else as people retreated from higher risk assets and into dollars, which has to really sting the BTC perma-bulls.

The Bitcoin ledger is nothing if not a chain of custody; a digital supply chain, so in the post-pandemic world, the question of shortages, supply locations and various other aspects of logistics would benefit greatly from having a single source of relevant data to query. Thankfully, various aspects of this technology are being worked on by the aptly named UNISOT (Universal Source of Truth), who has demonstrated a fantastic proof of concept with their SeafoodChain application. While UNISOT is focusing first on high value seafood, the concept can clearly be repurposed to track any other thing at every single point of custody.

Another great example is the work that is being done jointly between nChain and EHR Data, who are developing a product in a similar vein but with a focus on tracking opioids. Twitter user Carpemer has also proposed using the Bitcoin SV network for “a blockchain-based pandemic risk tracking solution.”

With some application of a grander vision and some aggressive entrepreneurship, one could see the tracking of tokenized n95 masks, face shields and other medical PPE during times of crisis. Imagine an emergency manager at FEMA having the power to see the quantities, locations and deployment of the entire worldwide supply of PPE at a moment’s notice. This would be in stark contrast to the weeks of bureaucratic scrambling we have seen during this crisis.

If we are talking about Scandinavian halibut and n95 masks, we can also be talking about the simplest fresh produce, drinking water and shelf-stable food. With the right data, manufacturers could have privately tracked individual users, towns or whole countries to see immediate data on an uptick in demand. As opposed to today’s mix of SAP solutions and outdated systems that do not properly communicate with downline suppliers in the chain, a properly interconnected Metanet could have alerted tree farmers and paper manufacturers in January that by March, Americans would be at home building toilet paper forts. 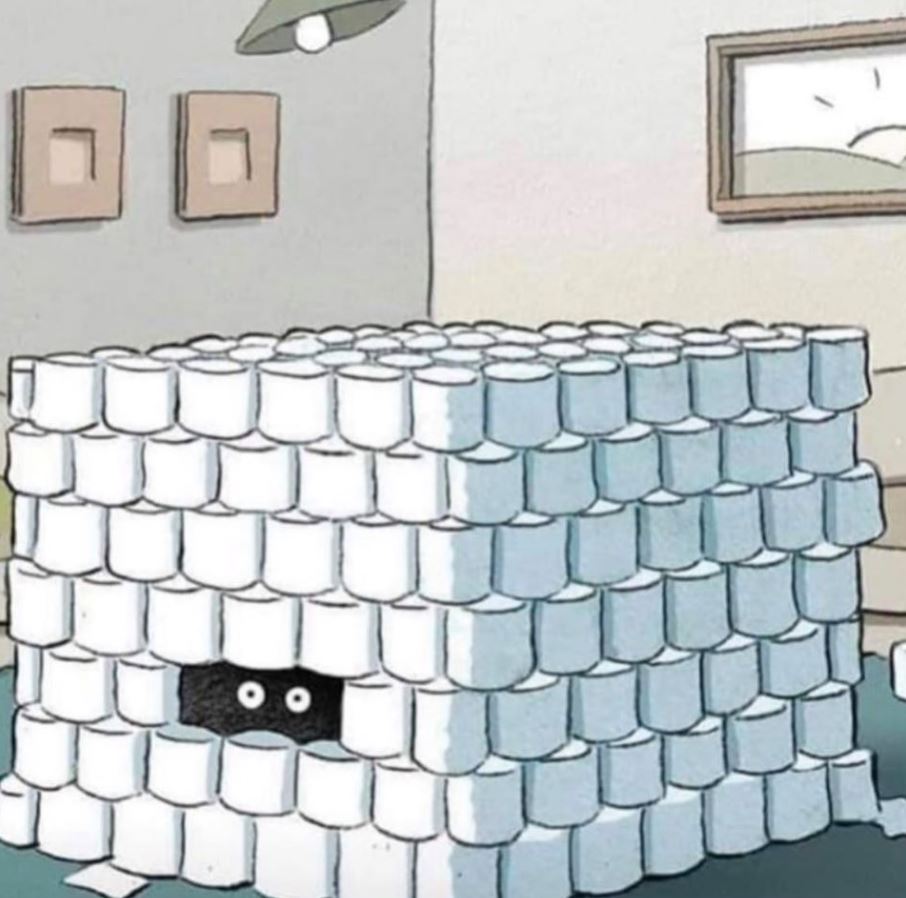 A conservative use of artificial intelligence applied to instant market data would have been able to eliminate shortages, adjust prices on the fly to eliminate the need for price gouging, and supplies could have been more efficiently allocated.

The speed of money

The COVID-19 pandemic has also displayed a few gaping holes in monetary policy and cash flow management at the highest levels. If we can tokenize an n95 mask to speed up supply chain processes in a crisis, imagine what could be done with a tokenized fiat currency! For weeks, we have heard U.S. President Donald Trump and various members of Congress debate the best way to distribute emergency funds to Americans who have been forced out of their jobs. For some reason, in the year 2020, mailing paper checks seems like the most likely vehicle, but there has at least been a proposal in one version of a bill that mentioned a “digital dollar,” but the idea was quickly scrapped after some chatter about using the heavily centralized Hyperledger protocol.

In a post-pandemic world, we need to make money better with the power of a fixed underlying asset that can scale. There is an opportunity for some entity to issue a truly dollar-backed token with 1:1 parity of the dollar. It could be backed by the central bank, but it could also be tested out by regional banks for a softer rollout. While current “stablecoins” are typically issued on the antiquated Ethereum protocol, which can only settle fifteen transactions per second, Bitcoin SV has excellent mempool management and allows for parallel block validation. With reliable instant transactions, tokens can have a near infinite scalability built on top of the original Bitcoin protocol.

Meanwhile, attempting such a thing with BTC is near impossible.

If Trump tried to pay everyone in America $1000 using BTC it would take over 3 years to send out all the payments.

I wonder what the UI would look like to send such a transaction. Maybe something for @handcashapp to look into once the US gov runs on BSV 😂 pic.twitter.com/Ew2LTcDetU

For far too long, the narrative has been twisted. The fact is that with the right software, and an on-chain identity for American individuals, business entities and households, a few hundred million transactions could be paid out very rapidly. The accounting for it could even be automated if the Treasury Department and the IRS were linked to automatically distribute USD tokens on specific thresholds and also collect taxes on regular intervals with simple smart contracts.

What about Bitcoin as money?

An interesting second order effect of the pandemic and proceeding rapid inflation of the money supply will likely be a progressive devaluation of the dollar’s purchasing power. In the event that the dollar becomes a less desirable worldwide currency, suddenly the revaluation of a frictionless, global sound money becomes an imperative, rather than a luxury. The Bitcoin name has established itself, at least rhetorically, as an alternative to worldwide fiat currencies, and as long as access to wallets and internet is not impeded, Bitcoin SV becomes an instantly viable option with its imperceptible fees, instant transaction speed and simple interfaces! Rapid integration of Point-of-Sale systems, such as ShowPay, would allow any user of HandCash, RelayX or Centbee to shop in a retail environment and utilize the base layer asset as a means of exchange.

It is crucial for wallet companies and other software providers to have established adequate infrastructure for people to rapidly shift gears to Bitcoin SV in preparation for such an event, because it will be a once-in-a-lifetime opportunity to rapidly transition to the Bitcoin standard.

Change is good. How can we make good change permanent?

The COVID-19 pandemic has shown us yet another massive data trust problem, and this might be the most valuable thing Bitcoin SV can optimize for the world. Similarly to the climate change debate, the fact that there is such a low level of trust in worldwide institutions and their data has led to the proliferation of conspiracy theorists on all sides of the discussion about whether the response to the pandemic is too big or too little. There have been conversations about where the virus started, how many people contracted the illness, how many have died… And now the world is having a collective finger-pointing show rather than resolving to work together.

There is even a group of people arguing that viruses do not exist at all, but that the symptoms are caused by 5G cellular radiation, but also, President Trump orchestrated the whole global response as a cover to arrest Tom Hanks and his “deepstate” cohorts. Do NOT search for #Q, friends…

Much the same way WeatherSV changes everything about the climate debate over time, Bitcoin SV can be used to track active virus cases, hot spots, quarantine zones, the travel of high-risk carriers and so much more. But not just for COVID-19. The world could have on-going data models on all public health issues, and the data could be secured privately on chain with identities protected by a global network of SHA256 hash power! With the right data collection procedures in place, and a simple interface, the data could be collected and assigned to public or private identities, and then used to make broad public health decisions. Before anyone mentions George Orwell, the technology also allows a stateless society of voluntary business entities to use obfuscated raw data to help project and allocate flights, medical staff, PPE, and everything else without compromising any individual’s right to privacy.

Remember, efficiency eliminates bureaucracy, and that is an important step in the march toward liberty!

In short, Bitcoin SV and Metanet applications of Bitcoin technology are postured to make a giant leap forward, but only if we have the bravery and foresight to implement them. What we have in our favor is a best-in-class offering. Bitcoin SV can scale and it has the tools to simply deploy smart contracts and all of the above mentioned applications. There are even hungry developers, angel investors and venture capitalists of all sorts looking to help build the next big thing.

The only challenge is business leadership, some elbow grease and public education on the true power of Bitcoin!