In just a year, application development has exploded in China on Bitcoin SV. It is now fast becoming the worldwide center of BSV Earn & Use economic model globally. With its fast-paced and tech-savvy atmosphere, it was only fitting for the Bitcoin Association to hold the inaugural mini-conference in China to close out a busy 2019. 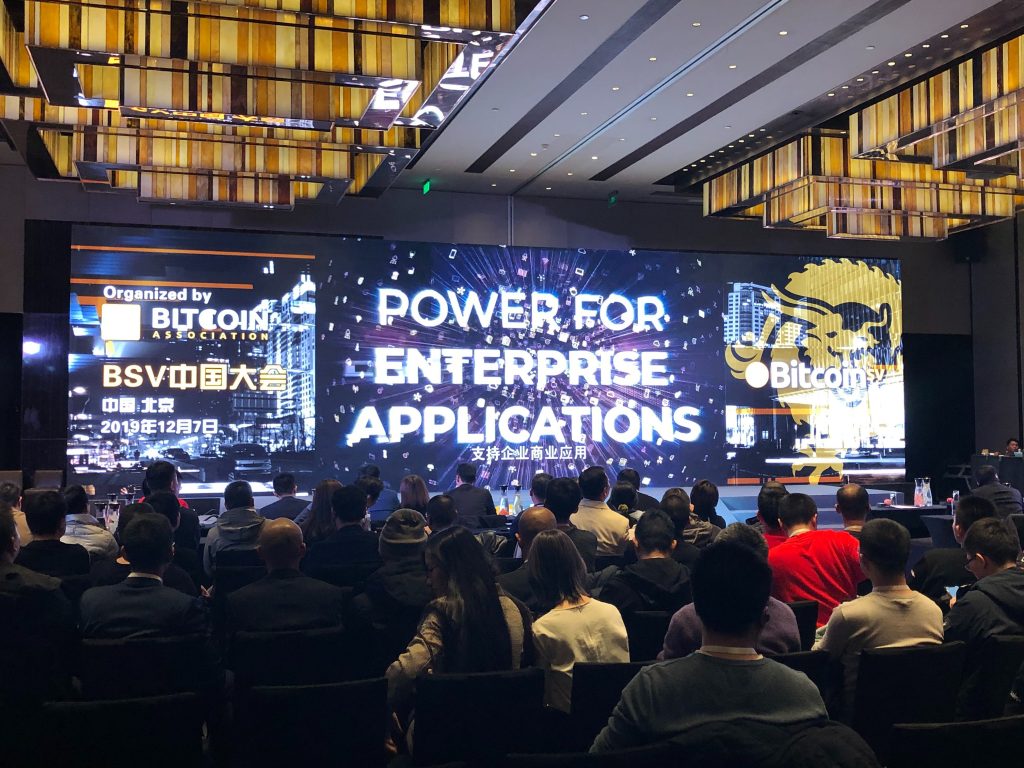 I can tell you first hand, the BSV China Road Trip was a huge hit! And it is certainly because of its audience. The passionate and committed Chinese community of developers, tech innovators and enthusiasts and media were very energized everywhere we went. People flew in from all corners of the country to visit the Conrad Beijing for this special occasion and to meet both Bitcoin Association Founding President Jimmy Nguyen and nChain Chief Scientist Dr. Craig Wright.

The conference featured a series of presentations and discussions by BSV developers and projects created and founded in China such as Weiblock, Showpay, FastPay Button, DID-Bank, Blue-SV, ForBSV. Some of the attendees were also developers and leaders working on projects within BSV that were yet to launch. Stay tuned for lots of new and exciting applications folks. 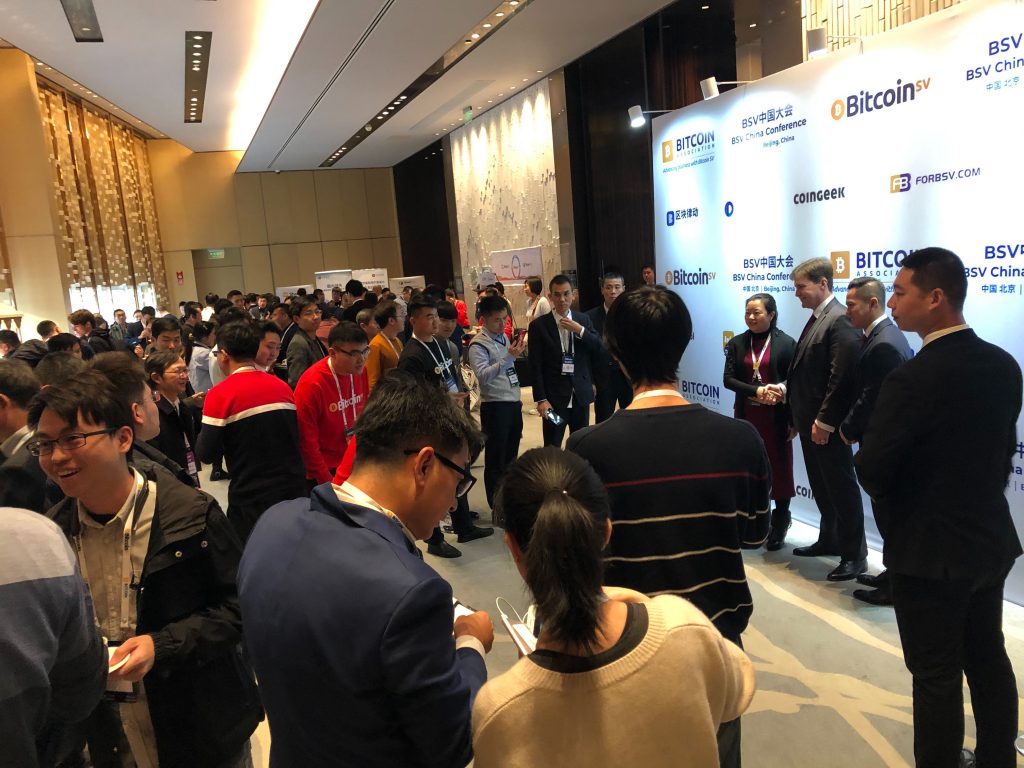 “A lot of people told me that they learned a lot from today’s conference,” shared Lise Li event organizer and China Manager for the Bitcoin Association. “Before this event, they thought Bitcoin was only a cryptocurrency. They didn’t know much about how Bitcoin can be used by enterprises. This conference opened up their eyes to new projects in the pipeline and how to do more possibilities in the future with Bitcoin.”

Through out the five-hour conference, I noticed the entire audience was attentively listening to all the speakers. Some of them were even rapidly writing down notes. After the speakers finished, it was very common to see people in attended chasing them down. Huddling with the speakers to discuss more about their projects was the norm at the conference. During the VIP reception after the conference, a few of the excited attendees gathered around Dr. Craig Wright who took the time to cater to these inquisitive attendees to illustrate and explain the tech. It was very noticeable how much the attendees wanted to check facts and learn. I could tell everyone wanted to delve into the technology and its capabilities. “I can see that they are true believers,” said Mandy Wang, Founder of media company O Daily News on the audience reaction towards Bitcoin SV. “That is quite rare in the Chinese community.” She also added that this conference is the best blockchain conference she has attended.

In recent years, China has been at the forefront of the tech revolution. Adoption of new technology is widely credited to China’s large and well-educated population according to Mempool CEO and Bitcoin Association China Ambassador Lim Zheming. A majority of Chinese keep up and adopt new technology quickly. And as shown by the growing number of apps here, they adopt very fast. They do it not only because they have an entrepreneurial mindset, but they also strive to create things that ease their daily lives. 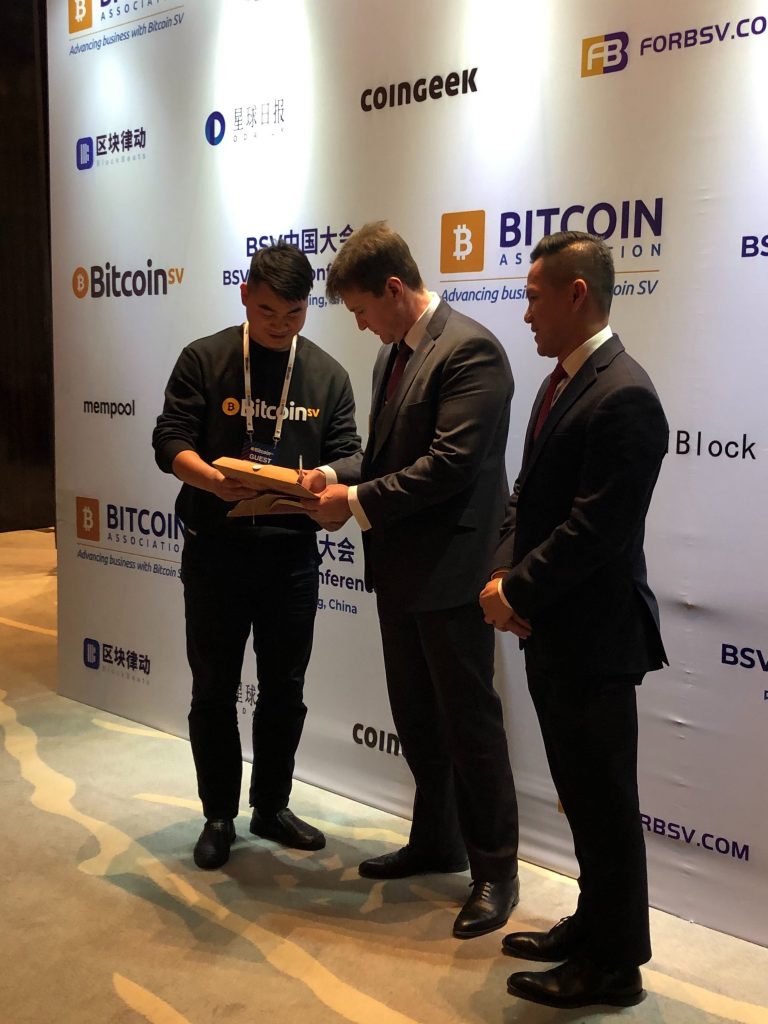 Having a deeply rooted Bitcoin crowd since the beginning of its creation has placed China at the forefront of the rapidly growing Bitcoin app development ecosystem.

“A large portion of the community realize that Bitcoin SV – the big blocks – is the true way to go for Bitcoin ecosystem,” explained Ella Qiang of RelaySV, one of the attendees. 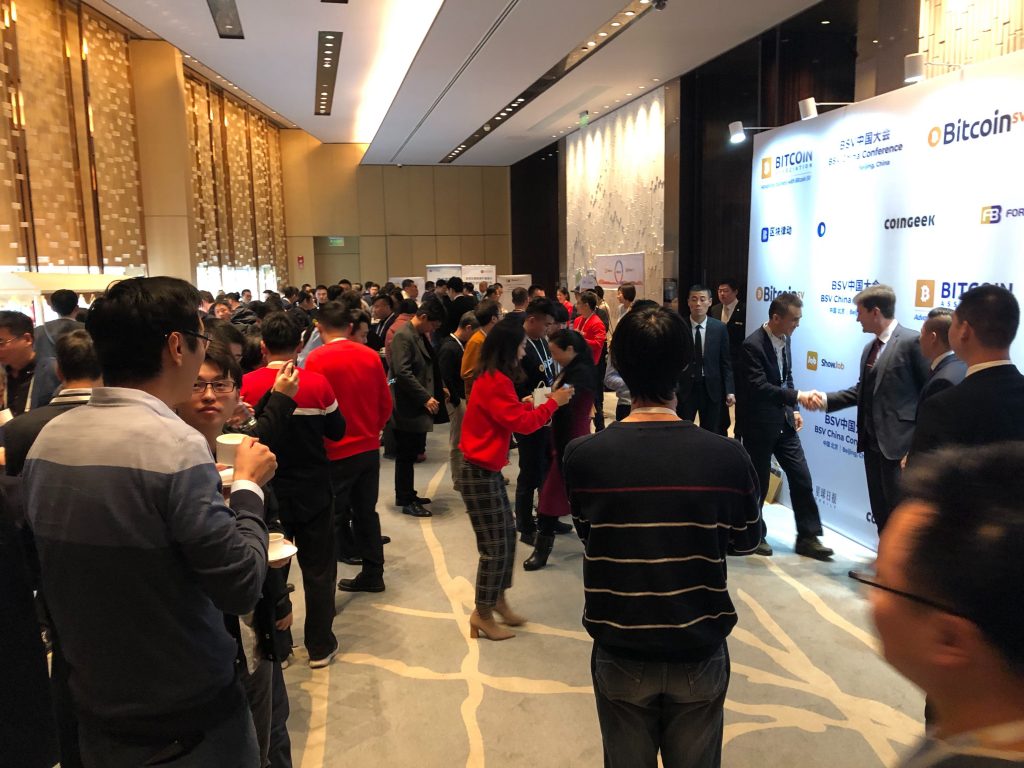 China has the most focused, the most inquisitive and the most enthusiastic audience as well as the most media interest among all of the other countries in the world I have visited covering BSV. It was awesome to witness the Chinese people get so excited and inspired to see, hear and meet the likes of Dr. Craig Wright. It was obvious some were meeting their hero or idol. But truly, it is their dedication, commitment and their diligence in trying to understand BSV that make them the real heroes of not just this conference but the entire BSV ecosystem.