It’s January 3, the day we celebrate the anniversary of Bitcoin’s “Genesis Block.” Block Zero appeared 13 years ago today—and, though barely noticed at the time, is now an essential part of Bitcoin’s mythology and mystique.

On this 13th anniversary, the BSV network was responsible for over 3.5 million transactions, around 54% of Bitinfocharts’ daily transaction pie (ahead of XRP with 20.8%, ETH with 18%, BTC at 2.9% and BCH at 0.9%). Rather than look back and deconstruct the Genesis block itself, which has been done hundreds of times already, let’s celebrate that fact instead.

All I wanted for #NewYear . . . was over 4 million transactions on the #BSV network over a 24 hour period

But first, to explain why we don’t need to deconstruct it, it’s still necessary to explain what the points of curiosity are.

The Genesis Block doesn’t mark Bitcoin‘s “birthday” per se, as it works as an “anchor” in time; a reference point for every other block that followed. The first block mined Block #1 using Bitcoin software actually came six days later, and that date is the one most consider Bitcoin’s birthday.

Bitcoin’s Block #0 appeared on the blockchain at 6:15PM UTC with its coinbase data containing the now-famous headline from The Times: “Chancellor on brink of second bailout for banks.” There’s only one transaction in the block; the block subsidy of 50 bitcoins.

Today, those 50 bitcoins are worth… $0. They can’t be spent or moved from their Genesis Block address, so their value remains what a bitcoin was worth on January 3, 2009: nothing.

As Dr. Craig Wright has described in the past, the headline-timestamp is there to mark the date and prove Bitcoin wasn’t “pre-mined” to give its creator an advantage, and an incentive to create/pump a fiat currency value (many blockchains that followed Bitcoin included a pre-mine stash for their founders).

He has also explained that the choice of headline is a political comment, but not the way many people think. It’s often interpreted as an anti-bank statement, leading to an adopted mission among many early Bitcoiners to “destroy” or “replace” banks. Rather, it’s against the notion that governments should interfere in free markets. Bitcoin is free market and capitalist, but not anti-bank.

There’s more information about how the Genesis Block was constructed (it wasn’t “mined”) in this article here.

So the Genesis Block is the “knot” that holds the Bitcoin thread in place. But what matters now, 13 years on, is the thread itself.

Block #0 is the anchor and reference point for BSV, BTC and BCH—and importantly, the transaction database that allows these three now-separate networks to function. The question of who (if anyone) owns the intellectual property to that database is far from settled. Dr. Wright has promised to settle it one way or another, and that could become a major topic in 2022 Bitcoin news.

Dr. Wright has said that—once he has successfully proven his ownership of the database—the BTC and BCH networks would need to pay him a licensing fee to continue operating. One of the key requirements of such a deal would be to cease using the name “Bitcoin” for anything other than BSV, particularly by the BTC Core camp which has been misleading investors and other members of the public by misrepresenting BTC as “Bitcoin.” That notion would’ve been seen as far-fetched by most people a few years ago, and even today many would call it that. At this stage, we should remind you that many who’ve scoffed at Dr. Wright’s statements in the past only ended up with egg on their faces. 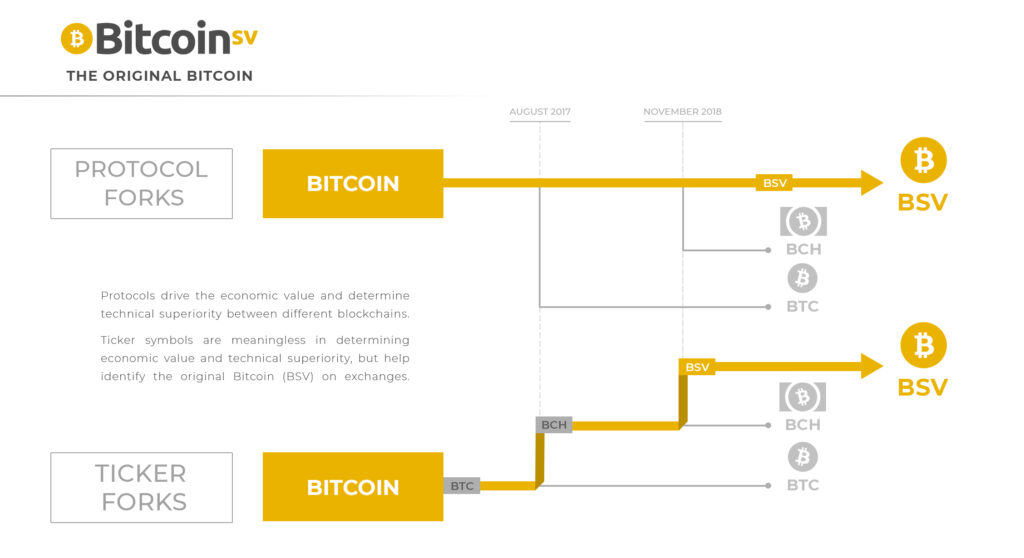 And for those who support BSV as Bitcoin but wish its story wasn’t so dominated by Craig Wright’s legal battles: those 3.5 million transactions in 24 hours are big news. BSV continues to prove that “big block” Bitcoin can scale, on-chain, to process any volume of data.

Most recent transactions have come from gaming actions, namely CryptoFights—something few other than Satoshi Nakamoto imagined when Bitcoin first appeared. Other large volumes have come from microtransactions on weather-monitoring services like WeatherSV or social media demonstrations, showing a range of potential use cases in Big Data world.

Bitcoin, these days as BSV, is becoming the data transparency and audit tool of Satoshi’s original vision. In 2022, hyperreality and dishonesty dominate the information landscape, media narratives shift and contradict often without notice, and social media profiles vanish with large followings vanish overnight. Preserving records of what existed online in the past is a great challenge of our times, and doing it reliably is vital.

The ability to process, timestamp and verify all the world’s information is needed now more than ever. Rather than analyze the data in a single block, let’s appreciate what went into all the blocks since—including all the data added to Bitcoin’s blockchain since you started reading this article.

Editor’s note: This article has been updated.