A token swap bridge is a great idea; however, because UniSwap is built on Ethereum, it suffers from high transaction fees that can be hundreds of dollars when the network is experiencing a lot of traffic. These unreasonably high transaction fees caused one Twitter user, @MrFrenchToast, to ask the question, “why does bsv not have a Uniswap type app and a bridge to eth?”

To which the digital currency wallet provider Volt Finance responded saying that BSV does have an asset-bridge platform, that it is currently in production, and that it will be called the Vtoken Network.

Yes, Volt is building a bridge(https://t.co/QVquYqzRDc) to migrate other assets to BSV ecosystem, @TokenSwap_pro is building an Uniswap like app on BSV with @BTokenProtocol

Naturally, we had to learn more about VToken Network. We had the opportunity to talk with Volt Wallet co-founder Wang Fuqiang, to learn more how Threshold signatures are used in Volt wallet, and what Wang Fuqiang believes more BSV developers need to do to be successful.

Vtoken.network is a cross chain asset bridge to bring other assets to the BSV network.

What digital assets will Vtoken.network support?

We are supporting USD Stable coin to start with, BTC, ETH, LTC will be supported one by one.

Can you give us an example of how a token swap on Vtoken.network works?

Users will have to send their asset (USDC, USDT, BTC, ETH, LTC, etc) to an address managed by several parties through threshold signature, and then the Vtoken issuance smart contract will issue their respective version of the asset on BSV after the original assets are sent to mint addresses. Users can also redeem their original asset by burning Vtokens. 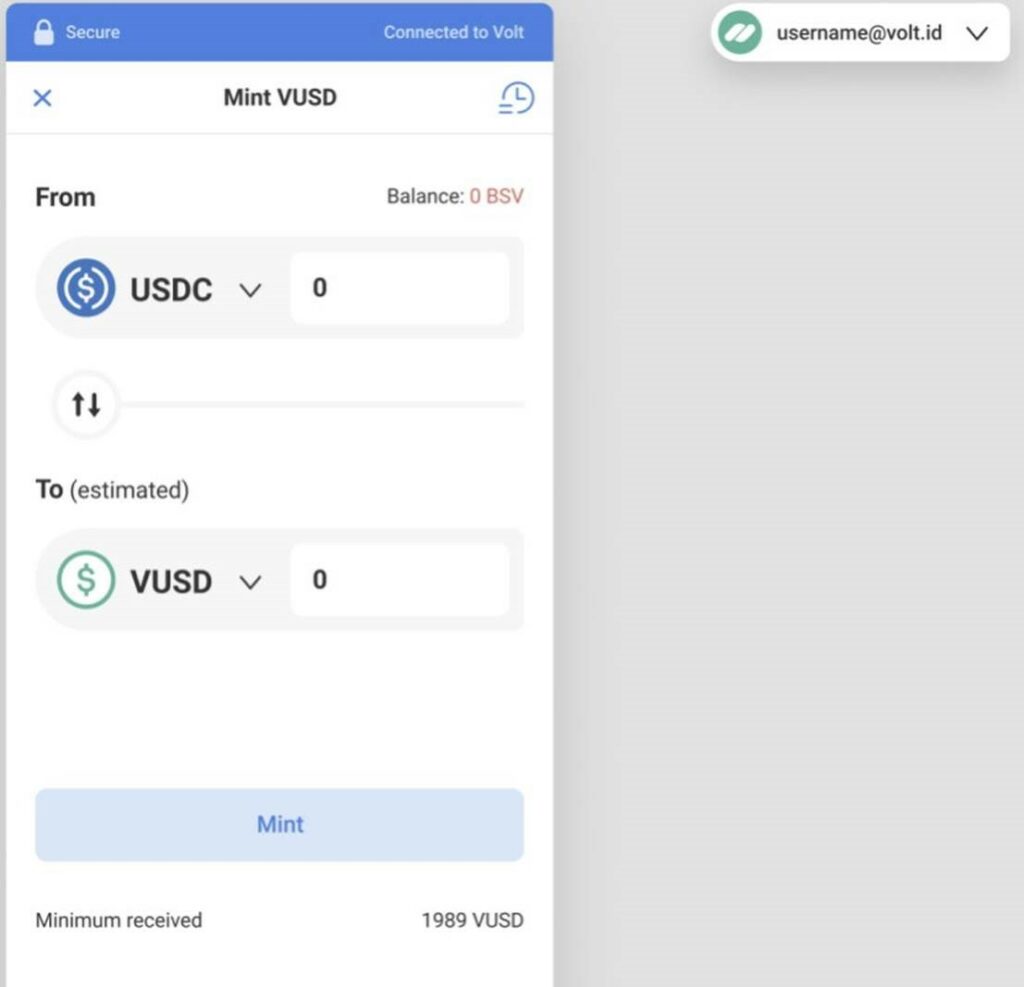 Is there an estimated launch date for Vtoken.network?

Vtoken.network products should be launched within 2 months.

How does Volt wallet make use of threshold signatures?

Users will have to send their USDC, DAI, BTC, ETH, etc to addresses managed by Volt, Maxthon, and Showpay using threshold signature, which ensures that no single entity can remove users’ funds, this way, we can ensure Vtoken is backed 100% with real original assets.

How does Volt wallet manage its customer data when it comes to Photo ID and other personal identification information?

As explained before, Volt doesn’t save users email in a database, Volt doesn’t create an email id + password to identify users. Facial recognition data is stored only to make sure it is the original real user that is trying to recover a wallet on a different device. Email + Facial recognition ensures high level of security, it seriously compromises security if we choose only email or only phone number as recovery credential.

What is your opinion on standardized and open protocols between wallets? Should each wallet do their own proprietary thing or would it be better for everyone to standardize?

There will be several token protocols, but as the ecosystem progresses, only 1 will remain competitive. The rest will die out gradually.

How does Volt wallet plan on managing the wave of tokenization coming to Bitcoin SV? Will volt wallet support tokens launch on Bitcoin? Will Volt wallet be interoperable with the token solutions created by other wallets? What is your plan in this regard?

Vtoken is the plan, Volt will support BSV tokens, it is hard for Volt to support all token protocols, we will only support the token standard that is open and has full smart contract capability implemented within it.

Is there something you wish more people were doing to create value and demand in BSV?

BSV developers need to be realistic and down to earth, build something that users use, stop building stuff that nobody uses. DeFi is real and it will only grow bigger and bigger. BSV is a better platform for further growth of DeFi, it makes no point to pointing fingers around to other blockchains as it doesn’t help grow BSV itself.

Blockchain/Bitcoin itself is money, its advantage is to build a better financial system from infrastructure to top layer applications, what BSV top heads are saying is DeFi is bullshit, which is turning a blind eye to what is really happening.