a pyramid scheme is a business model that recruits members via a promise of payments or services for enrolling others into the scheme, rather than supplying investments or sale of products. 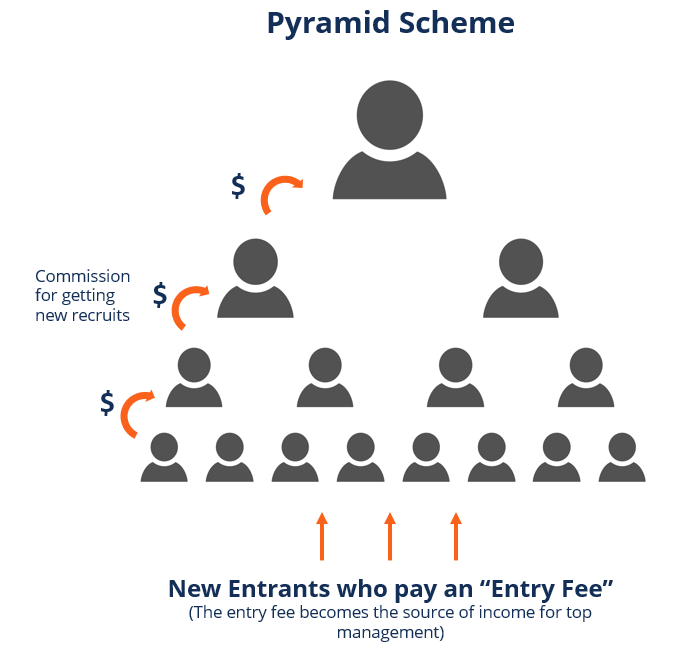 In the example above, Alice has paid a entry fee of x, which entitles her to be the beneficiary in UTXO0. If she convinces Bob and Charlie to join, each paying x, she is guaranteed to be paid 2x, which in turn renews the scheme but with Bob and Charlie as the new beneficiaries. The scheme continues, as long as new investors can be found.

The full code is shown below. Contract Pyramid

Line 15 use ANYONECANPAY so Bob and Charlie can add their inputs independently, each having x satoshis².

[1] This assumes dust limit is negligible. The first participant earns more than 100% since he only has to pay the transaction fee to deploy the contract.

[2] We ignore transaction fee, which can be easily covered by another input.