We design a smart contract, called pay to decrypt, that makes the exchange atomic and trustless, ensuring only a correct plaintext can redeem the locked fund¹.

Diffie–Hellman key exchange (DHKE) is a key agreement protocol that allows two parties to establish a shared secret over an insecure channel.

This diagram below shows DHKE over an elliptic curve. At the beginning, Alice and Bob each has a public–private key pair. After the exchange, they generate a shared key. 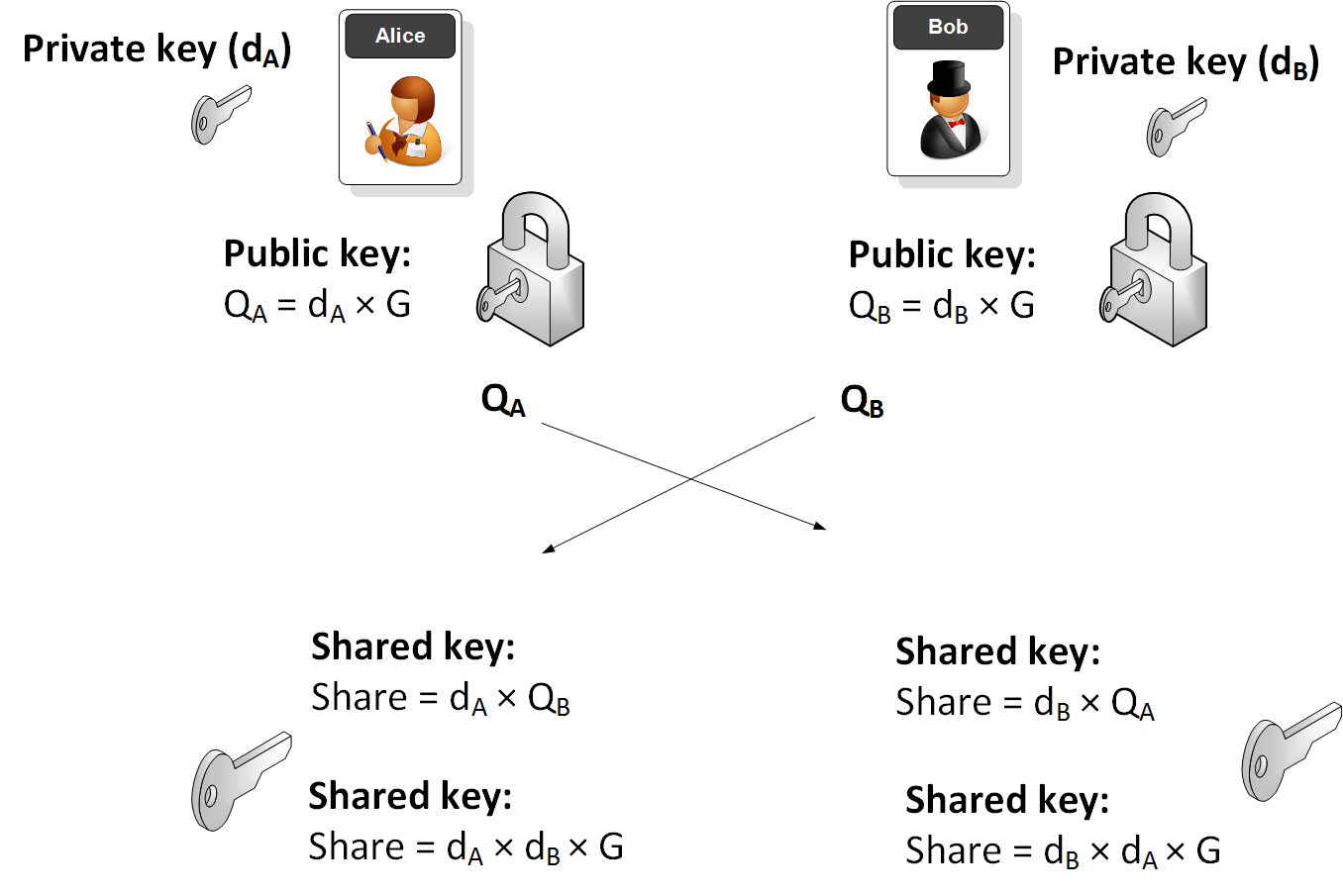 ElGamal encryption is an asymmetric key encryption algorithm based on the Diffie–Hellman key exchange, named after Taher Elgamal². Alice encrypts a message to Bob with his public key, which can only be decrypted by Bob’s private key.

The following diagram shows how it works over an elliptic curve, such as secp256k1 in Bitcoin. As in a standard DHKE, the following shared secret is established.

a is Alice’s secret key and k can be regarded as Bob’s.

To encrypt a message M, Bob simply adds it to S:

Bob sends the ciphertext, the pair (K, C), to Alice.

To decrypt, Alice can simply subtract to recover M: 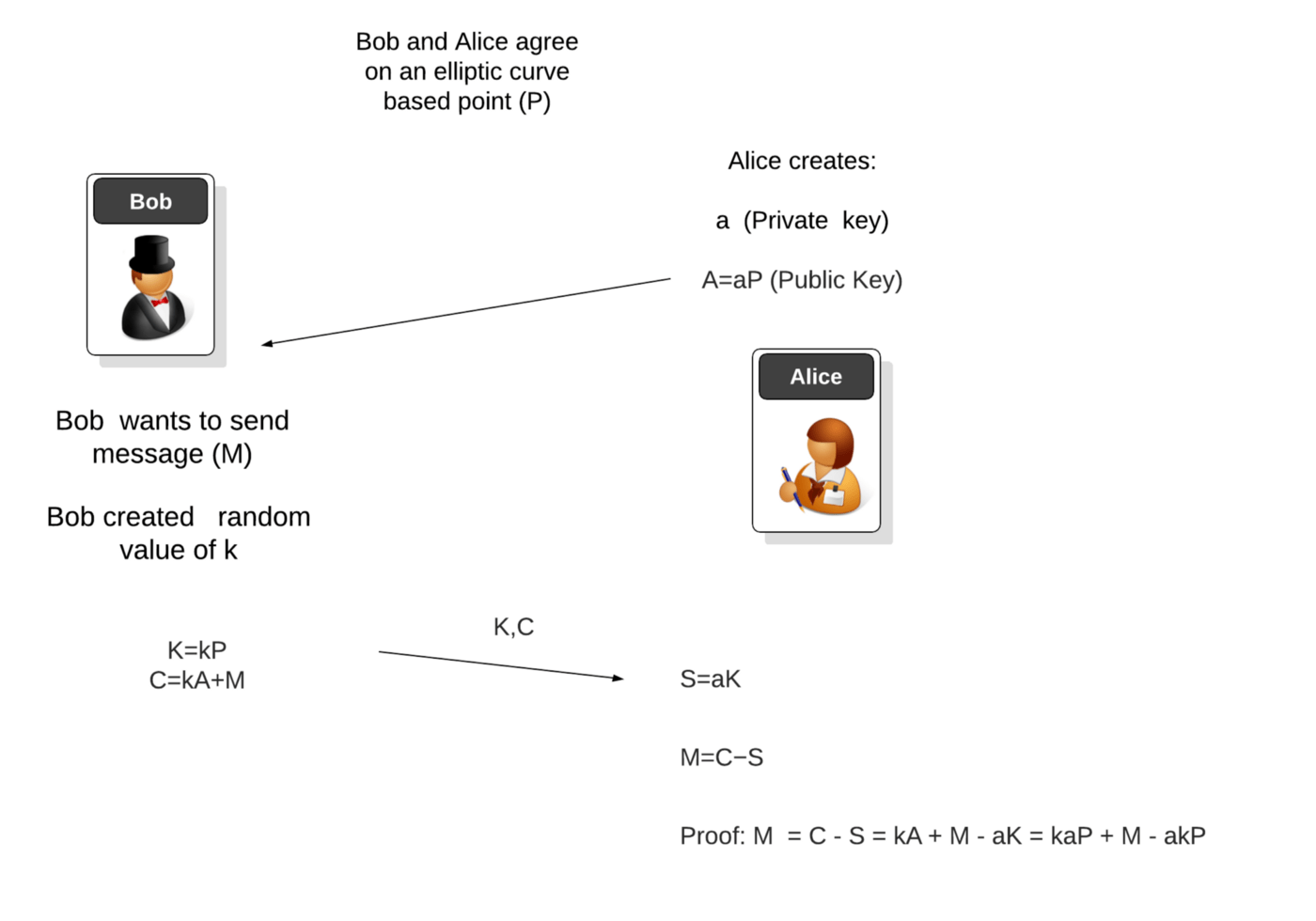 Alice locks fund in the following contract, with given K and C. Bob can only redeem it if he provides the correct plaintext and decryption key. We use the previous elliptic curve library for point arithmetic.

This is an implementation of nChain whitepaper 1611.

[1] This applies to plaintext that can be made public, since it will be exposed on the blockchain.

[2] Taher Elgamal is dubbed the “father of SSL” and a doctoral student of Martin Hellman, as in Diffie–Hellman.