Home » Business » Nouriel Roubini: Fundamental value of BTC is not zero, it is negative

At the CoinGeek Zurich conference, Nouriel Roubini held a keynote speech on BTC and its fundamental value.

Within the digital asset sphere, Roubini is best known for his vicious statements against Bitcoin and “cryptocurrencies” in general. Roubini is advocating against the common HODL BTC narrative and viciously calls out the “crypto market” in its current form as being not just a bubble, but a huge scam.

In Roubini’s keynote speech, he shared three observations on BTC and the digital asset market.

The first of Roubini’s observations was the fact that “cryptocurrencies” are not at all currencies, as they lack the variety of features that actually make money money, or make currency a currency.

Especially the unit of account feature that money needs to have is lacking in BTC and other digital assets, according to Roubini.

“We know that nothing is priced in Bitcoin, no goods and services or financial assets. And this is not just because people don’t want to do so, but there are flaws, because for something to be a unit of account it must have a stable value,” Roubini said.

For Roubini, the high volatility in the “crypto market” is a reason for BTC and similar digital assets to fail as money. Roubini also pointed out that even within the digital asset sphere, most do not want to get paid in BTC or the like.

“I have gone to many crypto conferences where if you essentially sign up for it you have to pay for it in dollars or Swiss francs, not in Bitcoin,” Roubini said.

Roubini went on with his second observation, which is the obvious technical flaws in BTC. Neither is BTC used widely, nor is it a scalable means of payment as Roubini puts it.

Especially the limited block size in BTC and its ridiculously low transactional throughput of just 5 to 7 transactions per second, which is reason enough for Roubini to disregard BTC. Roubini pointed out the fact that with VISA’s credit card system, one is able to enjoy the benefits of 27,000 transactions per second easily. From a technical standpoint, BTC is a move backwards even compared with current known payment processors such as VISA.

The third observation that Roubini shared at the CoinGeek Zurich conference was his criticism of BTC falsely being portrayed as a store of value.

“Look at what happened in the last month, about a month ago in April, Bitcoin (BTC) reached an all-time peak of $64,000. And then a few weeks later, it went down to almost $30,000 (…) Bitcoin (BTC) is not even a hedge against risk off episodes. People say it is an uncorrelated asset that does well when, say, global equities are doing poorly. That’s absolutely not true,” Roubini said.

BTC is done and Roubini is right on that

“The fundamental value of Bitcoin (BTC) is not zero, it is negative,” said Roubini. “It is literally going back to barter, because you cannot even compare the relative price of two goods and services.”

While sharing his three main observations on BTC, Roubini also pointed out that as of right now, BTC and similar digital assets are used for criminal activities such as money laundering and fraud. 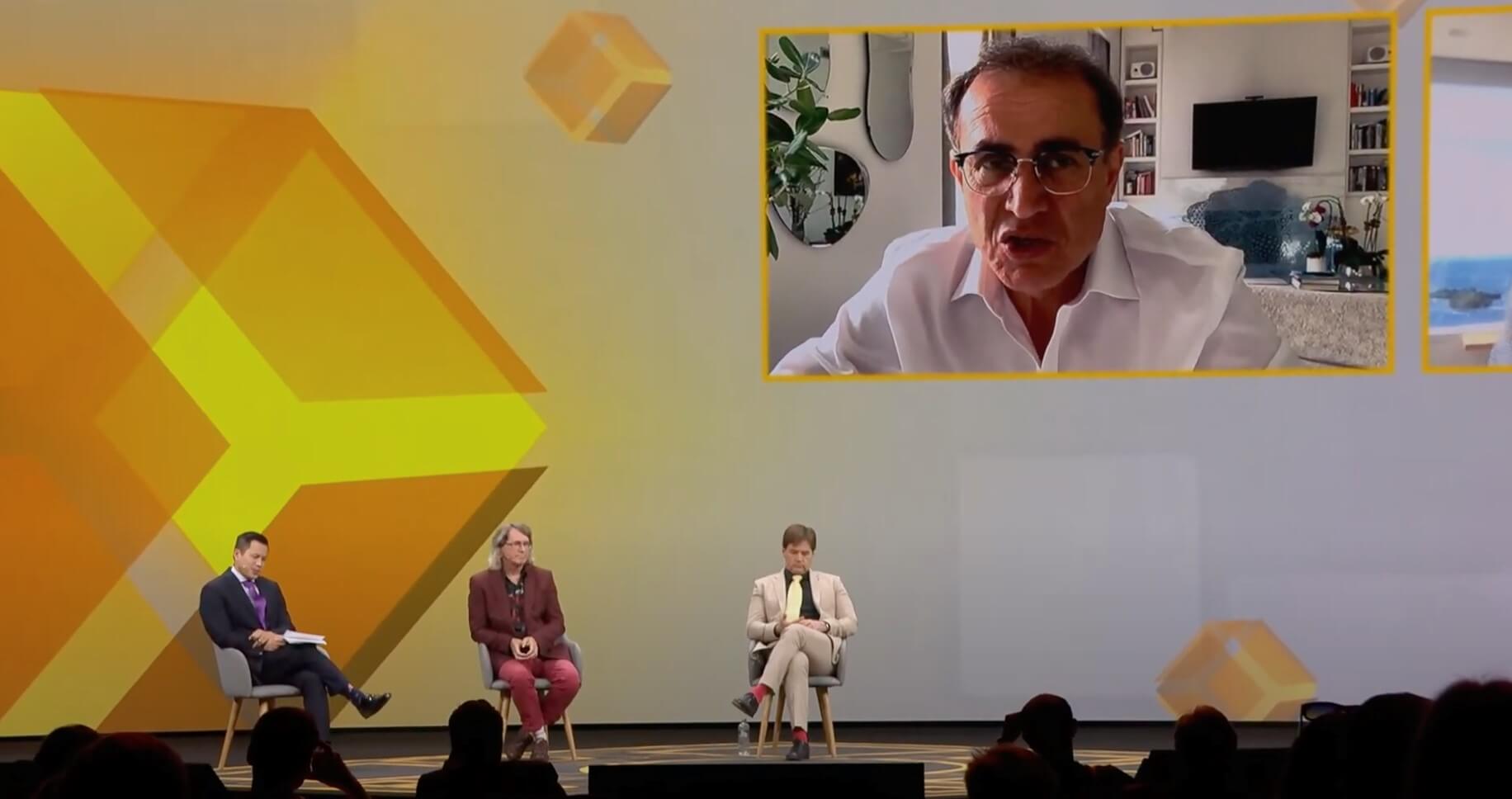 Right after Roubini’s take on BTC, Nassim Taleb started his CoinGeek Zurich keynote speech, saying that BTC is not even good for money laundering or fraud as it is traceable when cashed out for fiat money.