There’s a funny thing about Twetch’s fierce independence and grandiose attitude. There are lots of big personalities in Bitcoin, and lots of talk, swagger and machismo. The rarest thing, though, is sticking to it, being real, earning the prize and continuing to change the game year after year.

To their credit, nobody has done more iteration in public for their clients in the BSV space than Twetch. Just this year, there was the launch of Rarecandy (the highest earning independent business in BSV), the long awaited iOS app, “Twetch Green…”

They even convinced people like me to buy a pixelated frog JPEG for which they air-dropped vaccines that had a 15% chance of killing the frog you own. While my vaccinated frogs turned into Pepe frogs when jabbed, somehow the dead frogs are trading at a premium, and I have caught myself wishing that one of mine had died…

Don’t get me started on the cozy and comfy loungewear collection.

But first, some back story.

Everybody knows Elon Moist and Randy: two pseudonymous avatars wrapped in a side-eyed cloak of internet culture and painting the meme within the meme on a daily basis; publicly chaotic, critical and cheeky. But at “the office” Twetch is a calculated and carefully crafted business with a focus on freedom and fun—which might be synonyms in this case.

A member of the gang who you may not know is Aaron Burns. A man’s man, a man of God and naturally: a man of Texas!

Not only is Aaron a co-founder and partner at Twetch, but he is a veteran of the Hollywood film industry with credits as a writer, actor, director and specialist in many aspects of technical production and cutting-edge special effects on movies you would know starring actors you probably love.

But this story isn’t about Aaron, it’s about 3D Muties NFTs. Well, at least it will be…

Burns is a true polymath of digital design, and he has been on the cutting edge of special effects for decades. Now, he has spent the last few years focused on (among other managerial work at Twetch), 3D model art for Twetch NFTs—lovingly referred to as “twonks” or “items,” depending who you ask. Remember your “frosk” eggs, hot tendies, Twetch locks and frog vision goggles? You can thank Aaron for conjuring them from the machines with a careful hand and an artful eye.

So what the heck is a “Mutie” NFT?

According to CEO of Twetch (and everything else,) Joshua Petty, “…they might not look like much at first (we had to start very basic to get the process down and a product out the door) but it’s a pretty major breakthrough.”

When pressed for more details about what makes Muties different from other 3D art or even other Twonks, aside from the fact that these were just “surprise” air-dropped to certain Twetchians. 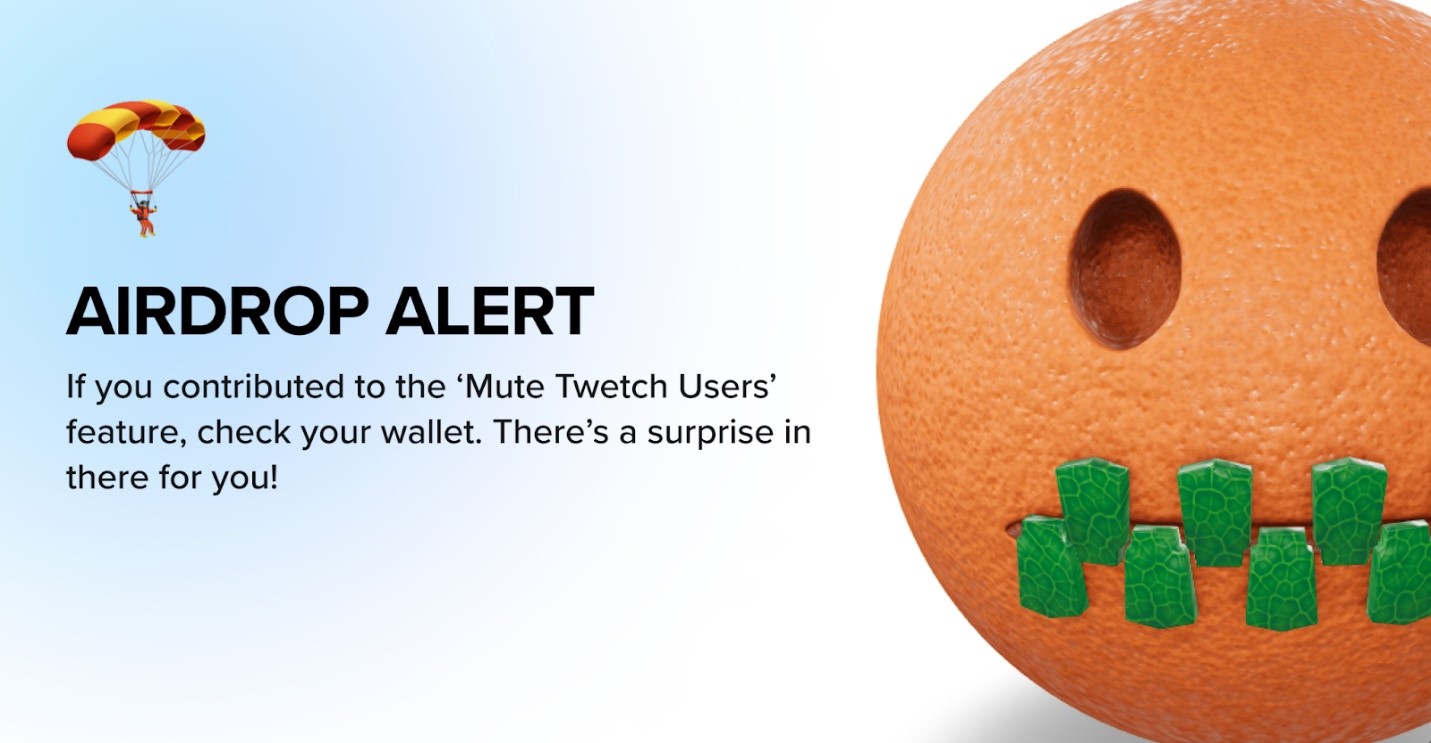 Petty continued, “Basically, we have the pipeline built out where you can put in traits and have a fully generative unique gaming experience where all aspects of the game objects are random, rare and of course tradeable and owned by your wallet.”

To date, most generative art is JPEG or GIF-based, and variables are programmed with a basic javascript function that allows the randomness of a bitcoin hash to determine specific attributes about the generative art. This was last year’s big breakthrough in NFT art creation though.

While there is still something novel about cartoonish art created by bitcoin with ingredients fed to it by an artist, flat art is inherently limiting especially as AI, 3D and other technologies in art have started to make waves.

According to Petty, “Now 3D artists can do random generative mints like the 8bit artists.”

So, in 3D space, variables can be programmed, and Bitcoin can choose more than just colors and items, but also things like textures, volume, perceived mass and reflectiveness. Of course, there’s probably a ton more that a trained artist could program for, and now those variables can be coded, uploaded on chain and saved forever as an object that can be manipulated in 3D space. And this is a first in the Web3/Blockchain/Crypto/NFT art community! Generative art with 3D variables, created by bitcoin itself! Only on BSV.

In pursuit of greatness, Twetch has made one more simple tool for bringing regular people into the fold and making them part of something fun in a way that is simple and inviting, but this is just another building block toward bigger and better things.

According to Petty, “…also a nice touch is only people who funded that certain feature got the feature themed NFT (twetch.com/features)—we will do more of this so the user can donate USD via paypal or credit card, get an NFT, sell it for BSV, and now they are onboarded to BSV without ever buying BSV.”

“Baby steps but another breakthrough.” 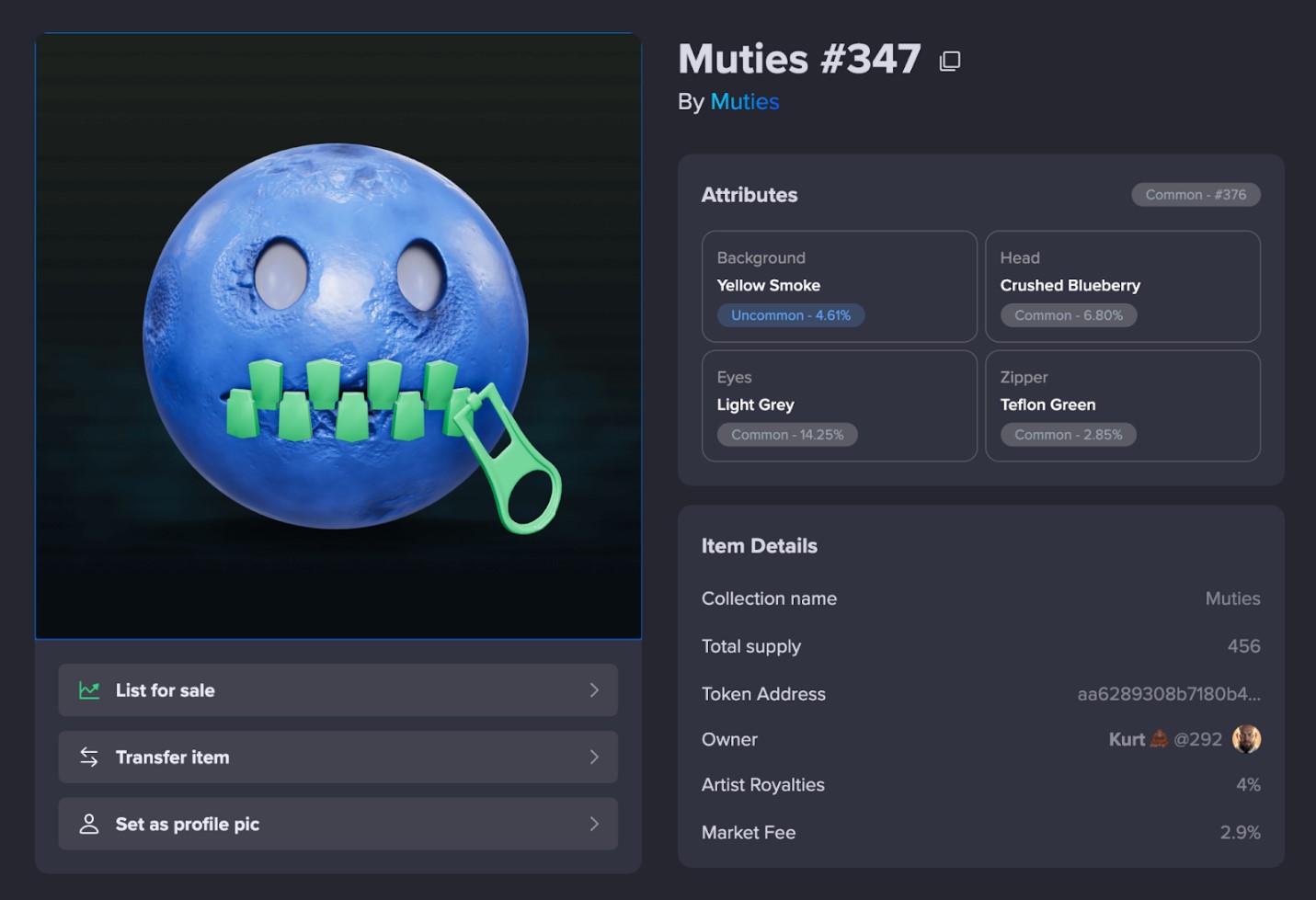 Until next time, keep your eye on Twetch. Those guys are always working on something cool.