In 2012, I got involved in the Bitcoin economy, but I didn’t know what I was doing. I took to the internet to study, and one of the standout communicators was this scrappy entrepreneur named “Roger Ver.” I liked his passion and his history of actual business acumen. Other people in the discussion at the time seemed like little more than people trying to pump their bags, but Roger was different. He had a passion for what Bitcoin could do for the world!

It was largely his influence that led me to feel the way I do about Bitcoin, and I agreed with him when the Bitcoin Civil War started to heat up. Ultimately, I was a big blocker and a big advocate for understanding the white paper and the fundamental properties that define “the real Bitcoin,” in no small part because of his insistence at returning to the white paper to answer the real questions about bitcoin.

In 2018, Roger betrayed his own reputation and sided with the small blockers in the BCH Hash War—presumably over his personal dislike of Craig Wright. He chose to advocate the addition of things that were not in the white paper while shirking the roadmap toward having a locked protocol and unlimited block sizes. In short, he side-stepped the principles of Bitcoin which he claimed to care about most, and he made a decision based on his personal opinions of the people involved.

There were nasty things said, accusations of fraud and lawsuits. The split and the wars afterward caused a ton of damage to the formerly united big block Bitcoin community.

But that was two years ago now! At the time, it was unclear whether BCH or BSV had chosen the right path that would lead to the type of stability that attracts commerce. But throughout 2019 and 2020, Amaury Sechet became a liability to BCH, and spent tons of time lambasting Roger and the BCH community, leading to further squabbling, splits and increased loss in network effect. This destroyed the trust that can only come from time-tested stability. BCH has failed to attract an increase in transactions, block size or wide commercial adoption. Rather, it has become a group with an identity crisis, continued disagreement about scale and a complete lack of unity in vision for Bitcoin. In short, BCH has become little more than a cacophony of developers bickering over protocol roadmaps as transaction volume and average block sizes remain even smaller than those on BTC.

On the flip side, Bitcoin SV has removed all limits to the protocol, opened up all parameters to be governed by honest nodes, and built a culture of business friendliness and fundamental permanence to the protocol—eliminating the room for political in-fighting about how to scale.

Roger, the honest nodes of Bitcoin SV have created the real Bitcoin unlimited. It’s done. People’s fears about BSV have proven false, and we accomplished all of the protocol goals that the big blockers have been talking about since 2015. It should be time for us to celebrate the proof that Bitcoin Classic, XT, Unlimited and the rest of the big blockers were right about Bitcoin’s ability to scale. We can build on chain, proof of work can govern, and we should be cooperating together toward our mostly common goals.

Here’s how you could be profiting from Bitcoin SV:

1: Bitcoin.com is arguably the best domain name in the entire Bitcoin economy. You should run a Paymail server, and charge people to buy their name at the domain in order to receive Bitcoin payments. The fees on chain are so cheap that you could even charge a sub-cent fee per transaction and accumulate quite a bit of profit that way—especially over time.

2: A custom Baemail client could allow you to collect fees for a paid email service on chain also utilizing the Bitcoin.com domain where people can be paid for their attention, also allowing sub cent profits to be taken from every interaction.

3: The Bitcoin.com wallet and exchange are both nice. Adding BSV to them, and allowing quick purchases would be a profit center as BSV has been removed from a number of exchanges, and Americans in particular are hungry for a place to buy BSV. If you fill a gap in the market, there is profit to be made.

4: The Bitcoin.com mining pool could be offering specialized services which are being explored by the BSV’s honest nodes today. Mempool and TAAL (CSE:TAAL | FWB:9SQ1 | OTC: TAALF) both offer special low fees and direct API services to data-heavy businesses that are building on BSV today. If Bitcoin.com ever wants to get away from just mining small blocks for subsidy rewards, Bitcoin SV is the most progressive network in the world for looking to find unique ways to make mining more profitable in the long run with big blocks. Imagine your pool mining a 50 megabyte block full of transactions, Roger!

I felt compelled to write this after I saw more of your BCH missionary thing in Antigua. It just struck me as petty, because I figured Bitcoin.com would add BSV services once the dust settled in 2018. But instead, big blockers are divided, and you still support BTC services instead of giving users a true big block Bitcoin option! 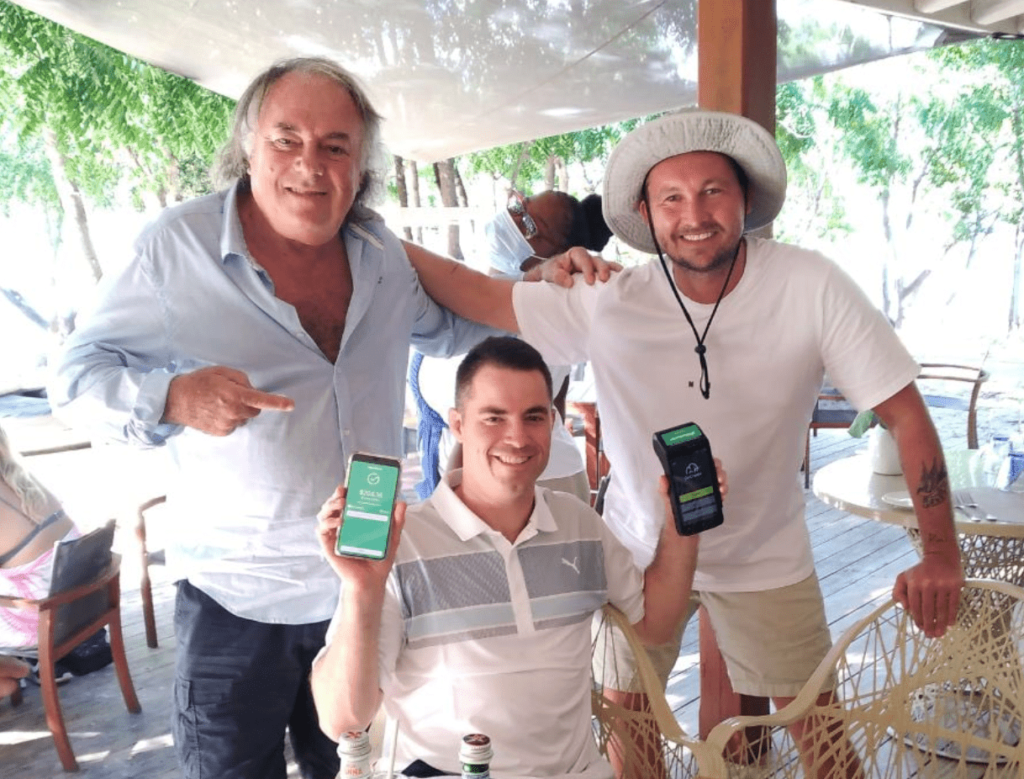 Thankfully, we don’t need you anymore. Bitcoin has moved on. But it is silly to see you still pushing so exclusively for BCH.

The global economy needs to move on from this, and it would be wise to unite behind the Bitcoin protocol for the sake of the most rapid path toward global adoption. BSV is the most capable peer-to-peer cash for the whole world, and the transparency of the ledger is the greatest tool for global freedom—both things that you could be helping to promote on the network.

Don’t forget that BCH’s scaling roadmap is ripe for further debate, and its code base is still just a fork from BTC Core—meaning it needs deeply fundamental changes in order to get anywhere near the progress that has been made by the BSV node team and our increasingly diverse hashing economy. It is simply not plausible for BCH to be on equal footing, it’s obvious that Teranode, Xoken Vega and other next generation node implementations will be pushing 50,000 transactions per second on the Bitcoin SV mainnet in 2021.

We won the scaling war. We won the protocol war, and we are going to win the adoption war too. If you want to win these next victories with us, stop messing around, Roger.

Block head Jack Dorsey’s new legal fund for BTC developers who refuse to honor their fiduciary obligations will push the corrupted Bitcoin protocol even further down the road to anarchic illegality.

So many people are stuck on digital currency price, NFTs, ICOs and other buzzwords that dominate the media, yet the ability to do tiny payments is way more than a bubble on the brink of bursting.

Trickle-Down theory states that the growth of wealth for the elites positively impacts the rest of society, as through consumption and investments of the upper class, the lower-class profits, too.