Jimmy Song, the man who is most memorable for his cowboy hat rather than his ideas or creations in the BTC world, has created a rambling video attacking Bitcoin SV, our founder Calvin Ayre and Dr. Craig Wright.

Taking a page from clickbait marketers, the video titled Why BSV is a Scam lasts four minutes but in that time, he claims Bitcoin SV software would contain malware, he trots out tired old tropes that Craig Wright is a scammer. He offers no evidence to support the claims, accuses people who choose to develop on Bitcoin SV of being paid off because he doesn’t understand why people would want to work with the coin that follows Satoshi’s Whitepaper.

Let’s look at each of his claims one by one.

It’s a tired trope, he keeps going back to the signature debacle back in 2016, but if you’re following along with the latest writings from Dr. Wright, it’s becoming clearer that he was Satoshi and future writings will give more irritable clues as to such.

Of course, Song and BTC Core have a vested interest in Dr. Wright not being Satoshi because if/when people learn the truth, Song and other Anti-Craig Core Cultists like him will face an inevitable backlash for how they’ve bastardized the whitepaper for their self-interest.

He also says Dr. Craig Wright provided no proof but in this article by the founding director of the Bitcoin Foundation Jon Matonis, Jon states he saw the evidence.

2. There is no development activity. Song said he wouldn’t be surprised if a future release of BSV node software were straight-up malware.

This point is flat out wrong. Defamatory statements about malware aside, it doesn’t take much more than a Google search or a check on GitHub to determine it’s a lie. https://nchain.com/en/open-source-projects/

Song also mentions it’s odd that many influencers such as Kevin Pham and some developers have switched over to BSV. He believes it’s due to a payoff or some financial motive to switch.

Jimmy Song is part right here, while there is no payoff to attract these influencers and developers, there is a financial motive to move to BSV.

Bitcoin SV is working to lift the block caps, reinstating the original op_codes and reengaging once thought lost capabilities of on-chain development and apps. Song and his BTC Core brethren are so blinded by off-chain settlement and maximizing fees they’ve forgotten what Bitcoin was supposed to be.

The developers and influencers who now support BSV realize that the Bitcoin SV is true to the whitepaper and offer them the greatest flexibility and potential to create in the blockchain space.

Here’s developer @_unwriter’s missive on why he chose Bitcoin SV (scroll to the bottom) and feels 100% safe operating on SV.

The key “peculiar” behaviour here is that Calvin and Craig are using their own money to invest in a coin they believe in. I’m not sure where Jimmy Song likes to spend his money other than fancy cowboy hats, but don’t you want to put your money into something you believe in?

Jimmy Song has a long line of foot in the mouth moments and silly publicity stunts to make sure people remember the cowboy hat guy. We all remember his embarrassment of a debate with Roger Ver; when Song was unable to read from his cue cards, he stormed off the stage in a tantrum like a toddler who missed his nap.

If you want to use Bitcoin as a method of payment, this strategy is more rational and convenient than doing lots of on-chain tx's:

Most people would be embarrassed by such showings but not Song, it garnered him headlines across the crypto press and as they say, any publicity is good publicity.

As of February 17, 2019, Song has 64 repositories and 9 projects on GitHub, but it appears that he’s turned his sights away from development, to be fair other than a defunct wallet and another forgettable education product, we’re not sure what Song has developed. Nevertheless, he’s parlayed his publicity as the cowboy hat and boots guy into being a teacher. He’s offering a two-day course on programming bitcoin for the low, low price of $4,000. 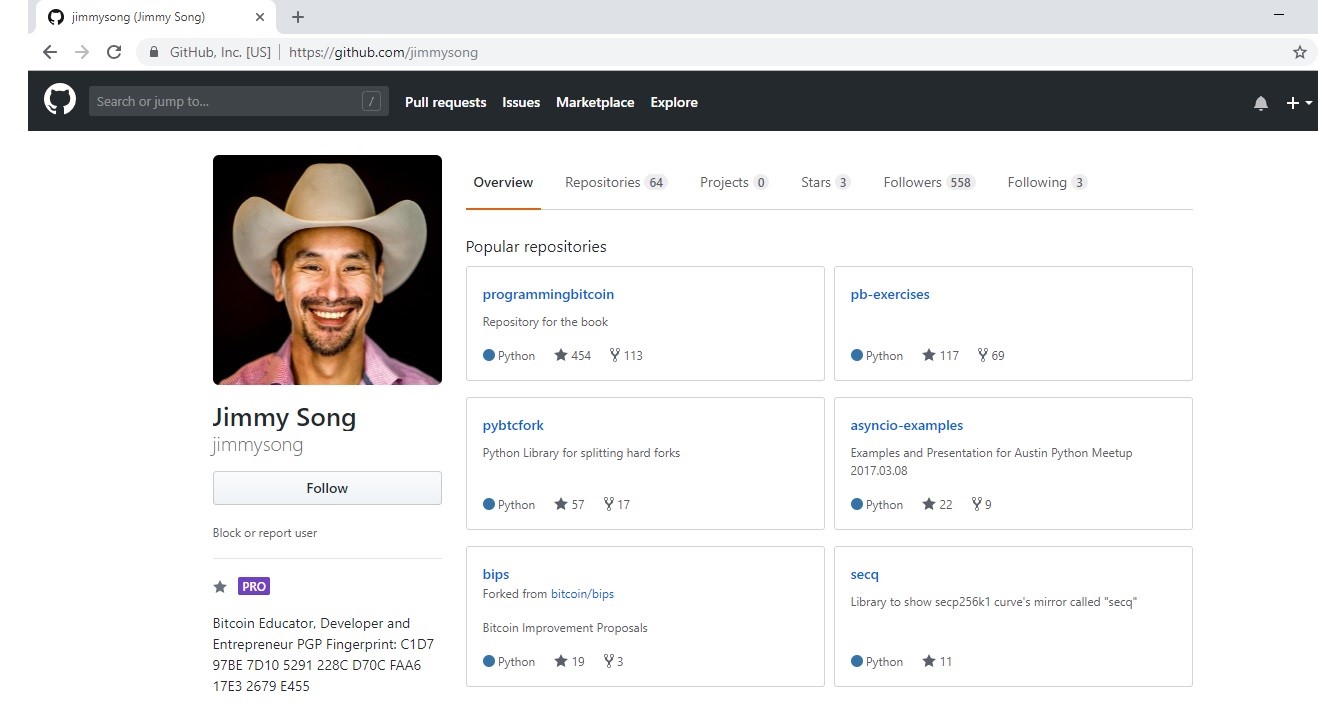 It’s like the old saying goes: Those who can’t do, teach and those who can do, develop on BSV.