Zero-Knowledge Proof (ZKP) is a powerful and foundational cryptographic technique in the blockchain space, due to its potential to address both privacy and scalability. However, its esoteric nature, rooted in abstract and advanced math, places a high barrier to entry to many developers, who are reluctant to learn it despite interest. The steep learning curve poses a severe challenge for the adoption of ZKP.

We are excited to introduce zkBattleship, the world’s first and only interactive ZKP tutorial, aimed at developers who want to learn how to use it without diving into math-heavy theory. It walks a user through the full process of building the classic guessing game Battleship on the Bitcoin blockchain. Started with no prior ZKP knowledge, a user can build a fully-fledged decentralized web game after completion of the tutorial, powered by zk-SNARKs. Afterwards, he can go on and apply the techniques learned to build all kinds of ZKP applications. 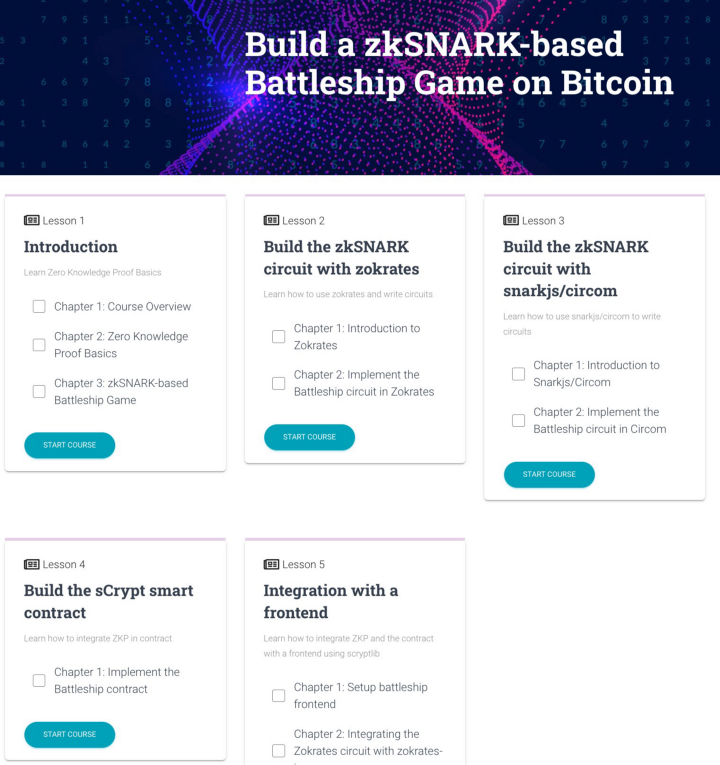 To get a sense of what the game looks like, you can play it online here. Its full code is in this repo. 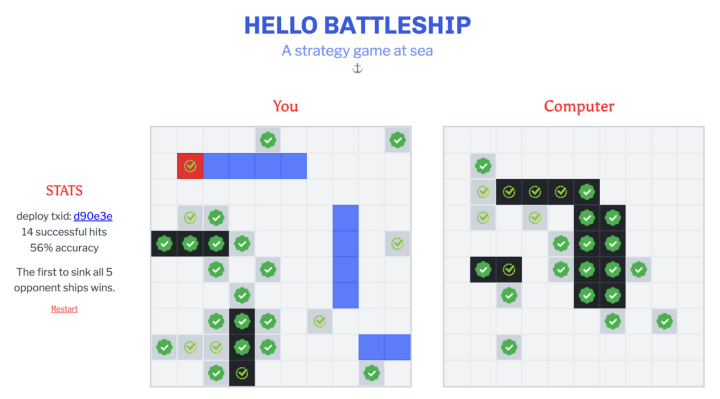 Support both Circom and ZoKrates

There are various ZK programming languages. We have decided to give users option of both Circom and ZoKrates, the most popular two languages to program a ZK circuit. Users can choose whichever they prefer.

Generating a ZK proof is CPU intensive and can easily take up to several seconds in a browser. The web UI is blocked and seems unresponsive in the meantime, degrading user experience. To address this issue, we move the proof generating in a separate web worker thread.