Home » Editorial » If everyone jumped off a bridge…

I don’t vote in elections.

For much of my life, I didn’t even go to church despite the fact that I’m a practicing Christian.

I don’t like tribalism, and I don’t get worked up about nonsense.

When the Chicago Bears would (occasionally) win a game, nothing would make me more immediately embarrassed and uncomfortable than listening to someone say “we won!”

Internal Kurt: “No. We didn’t do anything. We aren’t the Bears, none of us are football players, and most of the Bears aren’t from this city in the first place. This is simulated Napoleonic warfare with a ball for a proxy, sponsored by the U.S. Armed forces to keep people frothy enough to support the military industrial complex and encourage pride in government institutions that don’t care about us!”

I’m sorry, I’m that guy… Internally, anyways. I’ll still happily go to a Super Bowl party and genuinely enjoy my friends while keeping my mouth shut about the soft slavery of voluntary participation in the cults that love sports teams.

Similar anecdotes apply during election season and church fundraisers, so don’t worry, I am equally uncomfortable in other facets of life that normal people hold dear, too.

You can imagine my discomfort when Ørjan Salvesen Haukaas, the attorney for Magnus Granath, wrote off a culture of cyberbullying as something akin to hooliganry at the sports pub.

Sorry, I don’t know who agrees that bullying is good as long as everyone is a bully, but I don’t like it. Remember when your parents said, “if your friend jumped off a bridge, would you do it too?”

There’s a lesson there…

And I think the lesson is individualism and the strength to stand up against general collectivism and foolish group-think, no matter how popular the foolishness is.

Bitcoin has always been about strong individualism and cooperation, in my opinion. The thing that excited me about the tech when I started studying it in 2013 was the ability to reduce business friction and shine a light in the darkness both for supply audit and for the incentive to be honest with each other in business. My belief was that a purely free-market-based currency secured by economic incentives would lead to greater cooperation and remove the need for all kinds of nonsense arbitration so we could focus on the things that matter to us outside of Bitcoin.

I never wanted Bitcoin to become a cult in and of itself, but then a mix of communists, fascists and corporate interests started to fight over the network and the name, and here we are today!

At some point, Bitcoin became a political football to toss around. Bitcoiners broke into tribes and decided to focus on the things they hate about each other and outsiders. This bred a culture of cyberbullying, threats of violence, doxing and generalized toxicity. In fact, small blockers have adopted “toxic” as a mantra worth aspiring to as a sort of Spartan purity test to show commitment to their cultural commune.

“Have Fun Staying Poor,” “Cry Harder,” “Cope,” and other similar mantras are spewed at people who don’t immediately agree to join the cult as a way to bully them into feeling like second class citizens if they don’t homogenize into an obedient pleb.

Instead of cooperation and competition, do-nothing influencers ridicule mining companies, and the pool operators are treated like second class citizens to the “plebs” as they like to call the apparatchiks of their anti-competitive, Trotskyesque permanent revolution. 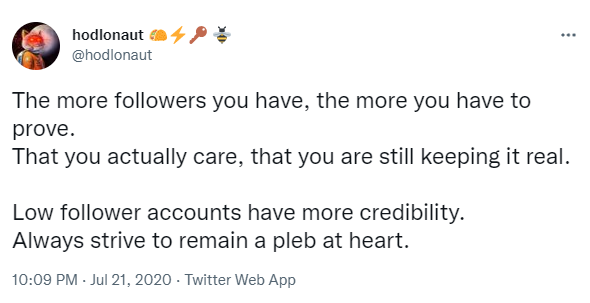 And so the culture is one where a rabble of bullies defines what is allowed and what is shunned, and an incredible amount of collateral damage exists in the wake of all the nonsense. Instead of the world running on Bitcoin, there are 20,000 blockchains, and an incredible amount of brain drain across the entire economy while small blockers play with racist, authoritarian ideas on twitter all day.

But that’s just a backdrop…

Note my challenge from a bit before the Granath V Wright trial.

No matter what happens in Norway, we need to see each other’s humanity and we need to remember to be good to each other!

Just because we disagree about bitcoin doesn’t make us all enemies.

When I landed in Norway, I was excited to meet the considerable BSV community in Oslo. 21e8, CoinSurvey and a couple of new projects have significant presence there, and a few guys made plans to meet up while I was in town. On top of that, a friend I have known for a few years lives in town and was kind enough to let me stream from his beautiful balcony overlooking the city.

I was also looking forward to meeting local small blockers and hoping to connect, so I made a point of tweeting about organizing with Hodlonaut himself or any of his supporters to give them a voice to my audience or just have a private conversation if they desired it.

Thinking about unblocking/unmuting all the laserfolk so we can break bread and coordinate interviews in Oslo next month with CoinGeek and the documentary crew.

I’d love to interview Hodlonaut and any small blockers while our team is in town to get pre & post trial live takes! pic.twitter.com/TwMPzBAV51

Unfortunately, while in Oslo, and after asking if I can come to the BTC meetup and give them the opportunity to try to “orange pill” me, I was told that I was unwelcome at a BTC meetup because while they’re sure BTC is going to change the world, someone who has a different idea might ruin their safe space.

Our table is booked for BTC meet-up, and BTC only, where we discuss how BTC will change the world for the better.
Your BSV-position is well known, so it’s a better idea you make a BSV meet-up for yourselves in a different bar.

Ok, so I don’t pass the purity test to even share space with BTC people?

How does BTC change world for the better if people aren’t even allowed to participate if they don’t already consent to being subordinate to your worldview?

I’m not demanding anything. I was hoping to share some time with you, hear about your ideas and maybe connect on other stuff that we might have in common.

Don’t worry though. I won’t come crash your safe space.

If you want to come to Miami, come over for dinner though, please.

So, no big deal. We had a pretty great BSV meetup in town that night anyways, and about 10 people showed up.

To summarize the trial, the position of Granath was that their crass culture is important because compromise is bad. All of his “expert” witnesses talked about the price of BTC, social consensus and the need for enforcement of purity tests. Also, “Aussie man bad.” In my final stream of coverage about the trial, however, I asked for everyone to think again about Granath’s humanity. Despite the vitriol and my strong disagreement with his ideas, his words and his behavior, my goal was to look past it and see the humanity of a man who brought his family in for support: a man who is loved by some people, and a man who deserves his basic dignity respected despite the fact that he’s unpleasant on the internet.

Of course, within an hour of the end of this stream, someone named “Jody” in the chat box of the Bitcoin Magazine stream revealed what hotel I was staying in; presumably in an attempt to intimidate me. Given the fact that all of my calls for peace and civility had been roundly rejected, I had to take my doxed hotel seriously and sleep elsewhere for the night. 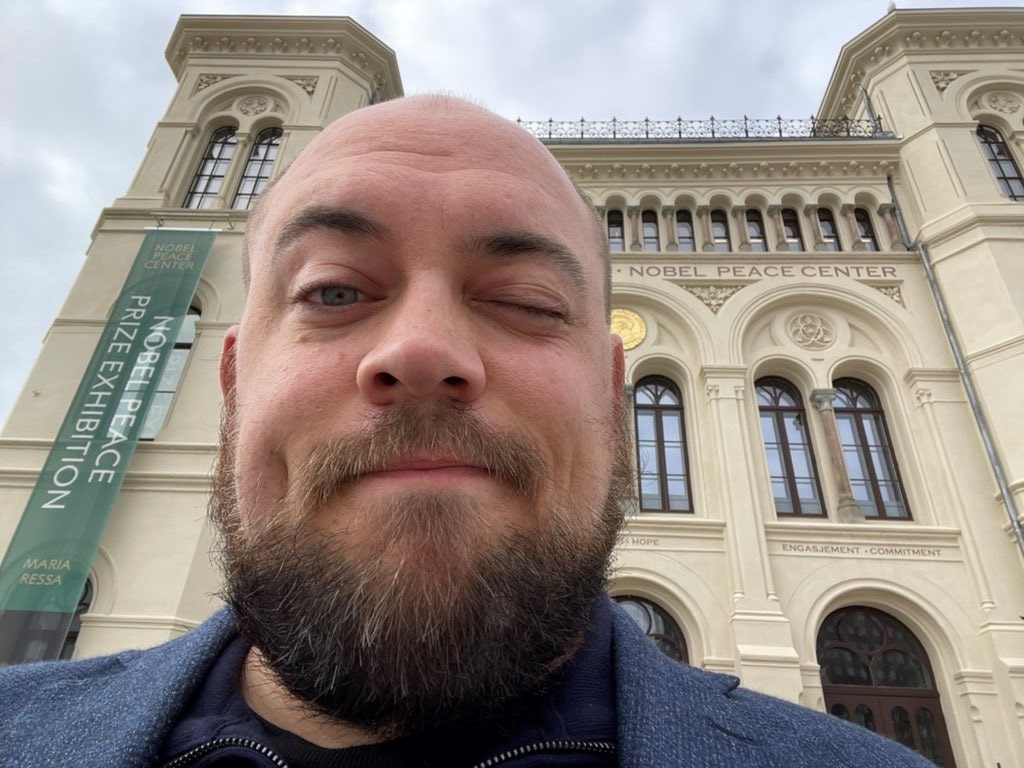 Me in front of the Nobel Peace Center in Oslo.

But that was just the beginning of the nightmare.

On my way home, I thought about how sad it was that so many people just can’t communicate with each other because we disagree about something as trivial as numbers in a database. Rather than let them upset me, I spent about three hours thinking about the people whose faces and names I could remember, and I spent time in prayer asking for the humility to examine my own presumptions and the judgments in my own heart so that I could see their humanity too. After feeling unsafe in a far-away city, I just wanted to give it to God.

When I landed at my layover, I tweeted this.

Long flights are great opportunities to pray for your friends and your enemies by name.

And this is where I intended to finish this article, but things have gotten out of hand since I began writing it.

About 10 minutes after landing, after a little bit of browsing my notifications, I discovered that a group of (presumably backlashing from Oslo) cyberbullies had posted photos of my wife with GPS coordinates of my home and wrote out my home address on twitter with a flurry of other personal information. I had to call my wife and let her know that she needed to call the police and get our toddler-aged children to somewhere safe.

At that time, I was 13 hours from home and very worried about my family.

Upon arrival, I raced from the airport while also receiving notification that my legal history, a bankruptcy filing, my previous home addresses, lists of various pieces of my property and a whole tranche of other personal information had also been leaked to the internet in the hopes of silencing my dissenting voice by shaming me for failing at something in my life.

It’s sad to think that having gone through a rough patch, failing and picking myself up again is an example of something that small blockers think is shameful, but they didn’t even have the presence of mind to think that perhaps I wouldn’t be ashamed of the journey that I had already survived in my life.

What does that say about their culture?

Well, for me, it confirmed that my years of pointing out their coordinated cyberbullying against big blockers was confirmed. Their response to my criticisms was to cyberbully me directly because I won’t bend the knee to their authoritarian nonsense, so in their sophomoric rage, they showed me exactly who they are, and just how much of a threat my words are to their deeply cursed culture.

The lesson from all of this is that it’s still ok to love everyone, but also not to underestimate the guile of someone who sees me as an enemy. I never thought of small blockers as enemies. I always saw them as competitors; people put in my life to give me something to compete against so I can become better at competing in the arena of ideas, business and whatever else.

But they see me as an enemy on a battlefield. Someone who needs to be extinguished. They don’t want dissent or competition of thought. They want obedience, homogeny and lockstep devotion to their cult. They want toxic brutalism and vicious enforcement of purity tests.

Never forget, in the face of authoritarianism, you always have the sovereignty to say “no.” And that’s what they hate about us.