Home » Business » Here’s another use case for blockchain—baggage tracking

On December 16, 2022, I was scheduled to fly from London to Cairo via Munich for an IEEE event in Alexandria, but I never got there. My flight from London Heathrow to Munich was canceled last minute by Lufthansa due to bad weather in Germany, and everything went sideways from there.

As anyone who follows me on social media is aware, I was unable to collect my checked bag after my flight was canceled on December 16, and I did not get it back until January 9. Thankfully, I had an Apple Tag inside my bag, so I was able to follow its journey while I went through mine.

Here is the play-by-play of what happened. It took me three weeks and three days to receive a bag that never left Heathrow airport. Why did this happen? It’s a perfect storm. Let’s look at all the parties involved.

Heathrow airport is overwhelmed with holiday travel and has not yet staffed up since COVID-related layoffs. Lufthansa, a German airline, is hit with very bad weather in Germany at the peak of the busy holiday season. British Airways has a “technical glitch” during the peak of the busy holiday season. Global Baggage Solutions, the United Kingdom baggage handling company that Lufthansa and dozens of other airlines outsource, goes on strike. The list of parties involved, and potential failure points just goes on. 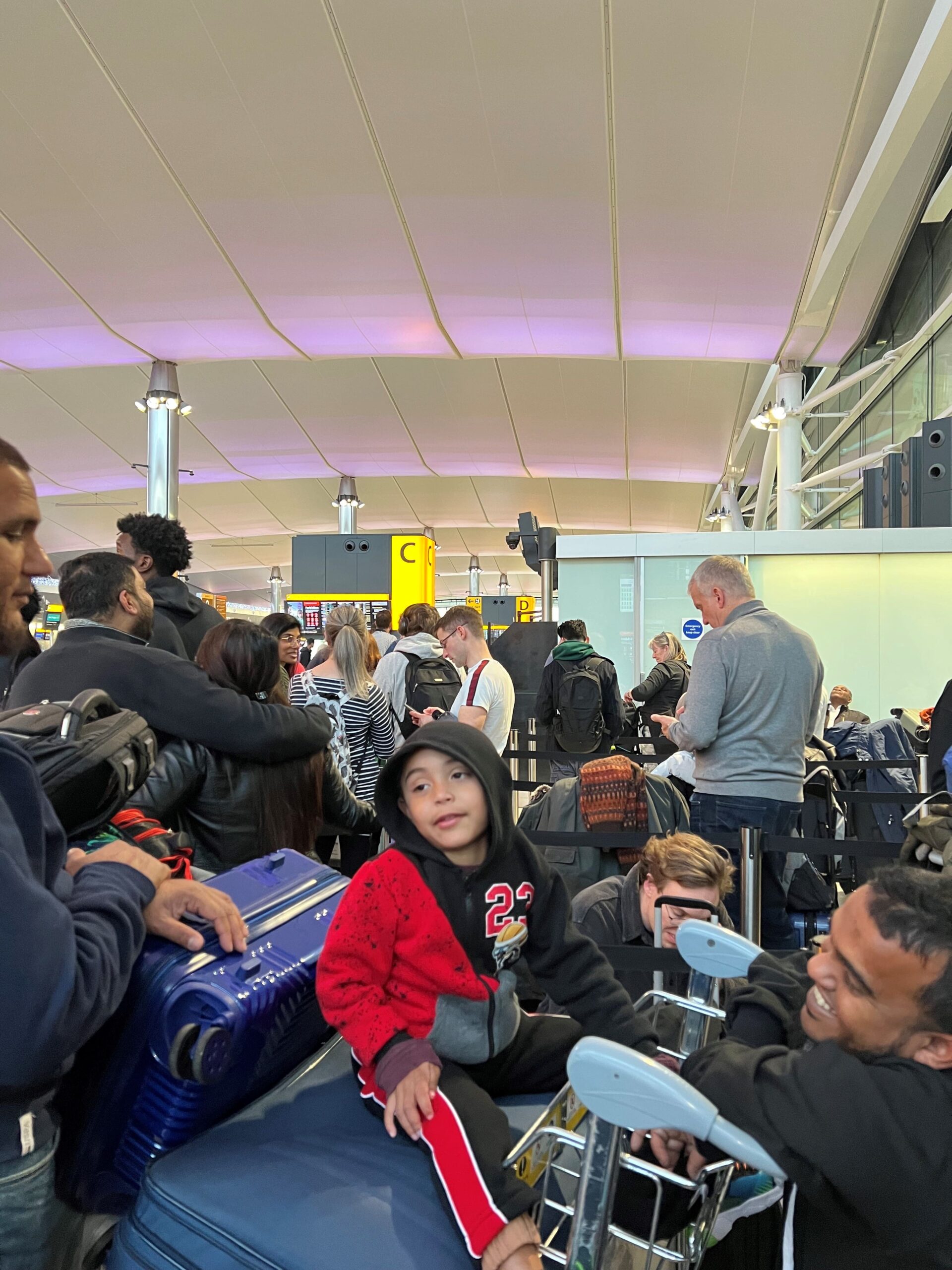 So how can updated technology help prevent perfect storms like this from occurring?

Here’s a list of all of the parties potentially involved in delayed or lost baggage:

All of these parties create, share or need passenger data in some way. I spent a lot of my time over the past three-plus weeks correcting one party or another on inaccurate or delayed data that they had regarding my location, flights I did or did not take, and even the whereabouts of my bag in real-time. BA told me my bag was in Cairo at one point, for example, but I knew it was not there because of my Apple Tag data. The tracking interface I had access to from the courier company was poor, it was not in real-time, and the information was bare bones if that. Instead, I watched my Apple Tag data like a hawk until my bag finally arrived.

Imagine if the courier data was as accurate as my Apple Tag data. Imagine if I was proactively notified of my bag’s journey as it moved from one party and location to another. Imagine if each of these parties were held accountable vs. blaming each other for the delay. Imagine if there were incentives for each party to do their job quickly vs. responding only to those who constantly complain as I did.

“There isn’t a strong enough incentive for them to get it right. There’s a general lack of accountability because it’s very difficult to know who’s responsible at each step,” Joe Holles de Peyer, CEO and Co-Founder of Gate2Chain, pointed out to me during a conversation we had regarding my baggage nightmare.

I gave Joe a buzz because I know he and the Gate2Chain team have insight into how blockchain technology can superpower the tourism industry, including baggage at airports.

Joe provided some fascinating intel on how digital twinning and utilizing a single, global ledger to store data can massively upgrade our baggage experience at airports.

“If you had a proper system where digital twins were created for luggage, ideally for each piece of luggage, it’s quick and cheap, and it’s easily done. The piece of luggage would preferably have an RFID chip in it or something, they can either be built into the luggage, or they can have them in little tags that they put on the luggage for you,” he said.

“If the luggage had its RFID chip, if there were sensors at each place—the track it’s on, the conveyor belt, the storage room— and each person who was handling it had an identifier, then you and the different parties involved could know exactly where it is at each moment, and who’s responsible,” he said.

Joe made the point that we are using 20th-century technology to deliver 21st-century expectations when it comes to baggage at airports. The same applies, in fact, to the internet in general, and that’s at the root of so many of society’s problems.

“If they had this single ledger that everyone was sharing and recording the information on so then each step of the process is perfectly recorded, then the responsibility is always clear,” he explained.

In addition to having a single, universal ledger to record and access the baggage data (with permission, of course), Joe said there also needs to be clear incentives tied into it. The key here is combining the information on the single database storage system and attaching value to it with a simple, smart contract where you could include an insurance policy, airline miles, or a flight upgrade that pays out automatically after a certain amount of time has passed.

“It’s having the perfect visibility of every step of the journey. And when you have that, it just changes everything because there’s light, there’s accountability, there’s responsibility,” Joe said.

The good news is experiences like I just had with my bag will be a thing of the past soon. The technology is already here to make the whole baggage process much smoother, and we have amazing minds like Joe and the Gate2Chain team who are working on solutions that will deliver those 21st-century expectations we all have.