Questions float as to what exactly their plan is.

In a Facebook post, David Marcus announced that he is abandoning his post as VP of messaging products for Facebook’s Messenger in order to give way for his new role leading Facebook’s exploration of blockchain technology “from scratch.” 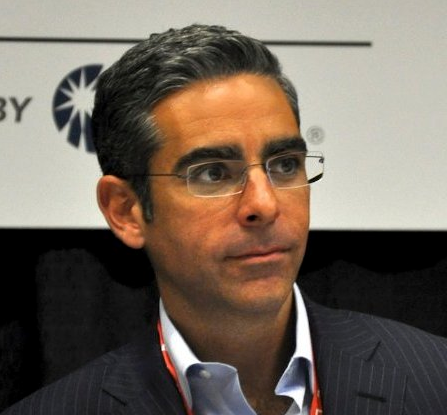 This is particularly confusing. Facebook played and continues to play a huge role in the “broken Internet.”

In fact, several blockchain start-ups were launched specifically to serve as anti-theses of Facebook (and Google), with the main mission of “fixing this broken Internet.” Their main proposition revolves around giving users back control over their data and content, and compensating them properly for it without third parties leeching off of deals. Most importantly, these new democratic platforms pledge not to sell user data to advertisers—unless users consent to it. And if they do, they get paid directly for doing so.

Granted, CEO Mark Zuckerberg says—in Facebook’s defense, that they don’t sell user data. At least, not directly. What they do is keep that data to themselves, and only sell the analytics that result from the aggregate—which is packaged as the social media giant “protecting” its users, although it’s really more about protecting their product.

“There is a very common misconception that we sell data to advertisers, and we do not sell data to advertisers. What we allow is for advertisers to tell us who they want to reach and then we do the placement. So, if an advertiser comes to us and says, ‘Alright, I’m a ski shop and I want to sell skis to women,’ then we might have some sense because people shared skiing related content or said they were interested in that. They shared whether they’re a woman. And then we can show the ads to the right people without that data ever changing hands and going to the advertiser. That’s a very fundamental part of how our model works and something that is often misunderstood,” Zuckerberg said in last month’s Senate grilling—where he was, due to a lack of technological understanding from Senators, “undercooked.”

Facebook’s business process above makes sense. After all, surrendering the raw data to advertisers would be like surrendering a recipe. It’s far more profitable to juice the raw data slowly without having to give up the whole detailed pieces. They have the power to dictate this exchange because they have dominated the space enough to have pseudo monopoly over it. When it comes to private and personal data, Facebook is the winner.

So does Facebook’s blockchain initiative mean they will be taking part in fixing the broken Internet, of which they very much play a huge role in? Will they be using blockchain technology to fix the issues they’ve been slapped with? The company also shuffled its other executives—the biggest executive shakeup in its 15 years, according to Recoil. The changes also supposedly aim for better executive communication and user privacy.

If so, a lot of questions open up as to whether the multi-billion dollar company is brewing up something new in order to retain, and grow its market value. Recently, the social media giant shunned cryptocurrencies, banning any crypto and ICO ads from all its platforms. So it may be unlikely that there will be an FB coin, that is, unless they want further backlash and mistrust by adding another inconsistency to their principles.

Although it might still be too early—CEO Mark Zuckerberg did mention looking into cryptocurrencies in January, shortly before wiping out cryptocurrency ads on their social media platforms.