The sender of the two separate ETH transactions with a $2.6 million transaction fee attached has been revealed. South Korean peer-to-peer exchange Good Cycle has confirmed that they are the sender. On June 17, Good Cycle sent both Ethermine Pool and SparkPool a transaction from the address that sent the June 10 and June 11 transactions that said: “I am the sender.” 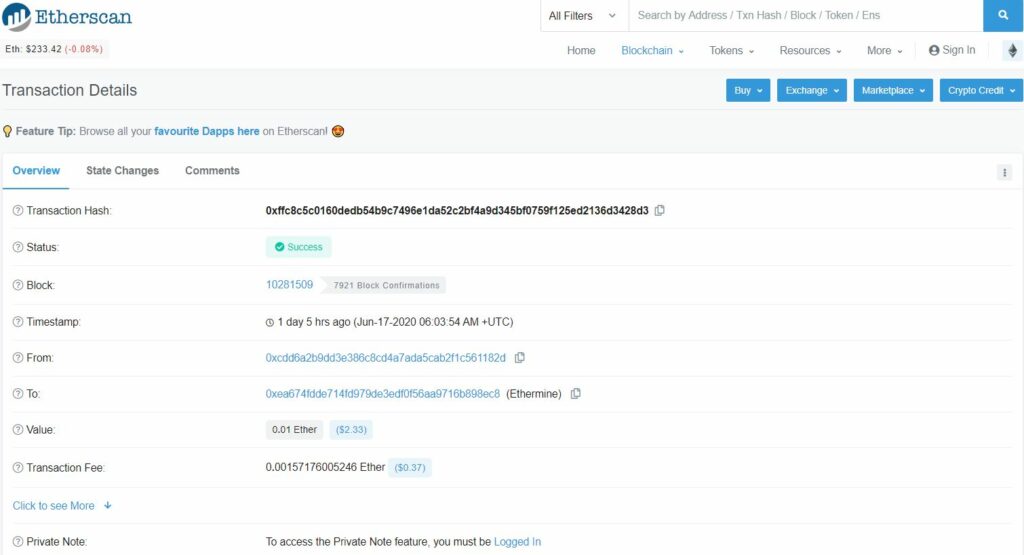 What took so long?

Blockchain analytics firm PeckShield discovered that Good Cycle was the sender before Good Cycle reached out to Ethermine Pool and SparkPool themselves.

Update: We have identified the victim, a small P2P exchange in Korea called Good Cycle, which appears to be a Ponzi Scheme project. Our investigation found that their security is really lacking, e.g., using HTTP instead of HTTPS, and could be easily hacked.

Peckshield said Good Cycle appears to be a Ponzi scheme, noting that its website has very weak security. The Good Cycle website even has a notice saying that they suffered from repeated hacks.

During Peckshield’s research, PeckShield’s vice president of research, Chiachih Wu, sent a transaction to the Good Cycle exchange. Wu noticed that the amount they sent to Good Cycle was immediately sent to the wallet address that sent the transactions that had the $2.6 million transaction fees attached, this indicated that Good Cycle is indeed the owner of the wallet.

Will Good Cycle get a refund?