Another day, another sad attempt at disinformation. On Monday, The Next Web’s (TNW) Hard Fork came out with an article claiming that as much as 98% of Bitcoin SV’s (BSV) network activity was “from a dumb weather app.”

The story was based on a tweet by a user named Painted Frog, who claimed that WeatherSV—an app that records local weather and climate data on the BSV blockchain—accounted “for 98.4% of BSV transactions over the past 30 days.”

The stats, generated by blockchain visualizer Trends.cash platform, showed that WeatherSV generated the most “actions” in the past 30 days, followed by Memo, Open Directory, B, and Money Button, among others. 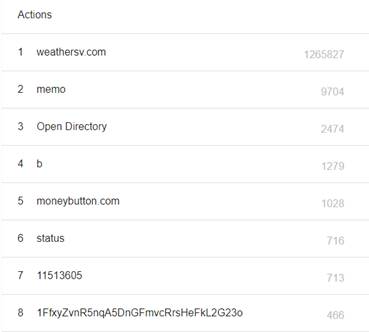 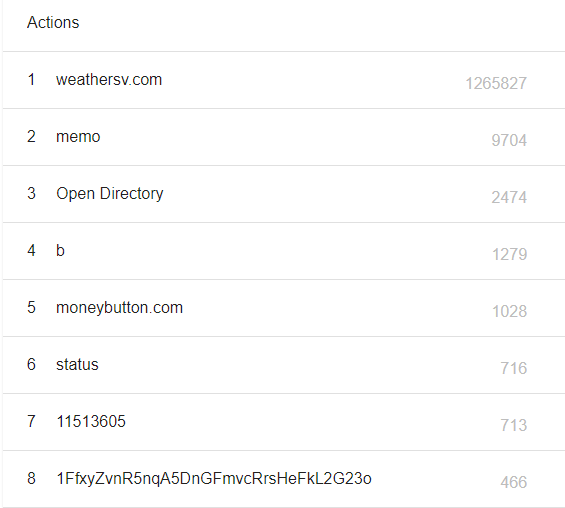 The figures don’t lie, but the parties that want to spread FUD often do. Painted Frog, as well as the Hard Fork article, failed to note that the graph didn’t include all BSV transactions. As John Goldberg, CTO of Pixel Wallet, explained to CoinGeek: “This website displaying transactions is purely based on OP_return transactions. This website doesn’t account for wallets and other outlets for broadcasting transactions on chain.”

These transactions are purely bitcom registered protocols using op_return for data transactions. It is not representative of all TX per day and does not mean Money Button has 8 active users per day. DYOR before tweeting nonsense.

Wrong perspective
The stats make sense—if taken at face value. The Hard Fork article, however, has taken a wrong perspective because, of course, it also makes sense to pounce on a protocol that represents a threat to the future of other cryptocurrencies despite only launching less than a year ago.

According to the article, “It’s still unclear why this [WeatherSV] service is necessary.”

But the app is necessary, not because it tracks “the silly weather,” but because WeatherSV shows the potential of BSV and on-chain transactions. With BSV, the transaction volumes, essentially the key to any network’s success, come from a thriving ecosystem of products built for the blockchain—financial or not.

There is a reason why the recently held CoinGeek Toronto scaling conference’s Developers Day was a well-attended event, with participants overflowing with ideas on how to take the BSV technology to the moon. There’s already a number of developments taking place, and tons of infrastructure being set up—not bad for the past seven months.

More creative projects are following the footsteps of “silly” WeatherSV and choosing to build to BSV. There’s Zweispace, which has started to record Tokyo earthquake data on BSV chain, while Kronoverse has also brought its CryptoFights player battles to BSV. There’s also OpenWifiSV, video platform concept Metaflix, native BSV photo app Bitstagram, along with many other projects.

Encouraging developers to build their “dumb” projects on BSV, and then turn it into well-designed and usable applications, will enable the ecosystem to grow. That’s a no-brainer.

To get the latest updates on the growing BSV ecosystem, check out Bitcoin Association Founding President Jimmy Nguyen’s weekly Bitcoin Vision, where he updates the world about Bitcoin SV wins. Watch the videos and learn more about BSV, and who knows, maybe you’ll get a Satoshi shout-out in the future. For reporting facts correctly.

Despite memes to the contrary, Bitcoin is not a hedge against inflation. In fact, the more that it is treated primarily as a store of value by the economy, the more correlated to inflation that it will become.