According to those in the know, blockchain’s best bet for adoption by casino and iGaming operators is by improving responsible gambling protections and enhancing regulatory compliance. The past few years have seen a dramatic uptick in gambling regulators imposing stiff fines on operators for failing to (a) detect signs of problem gambling behavior and (b) make the necessary interventions to prevent that behavior from spiralling out of control. Hill asked Hero Gaming’s Brown for his perspective on how operators might do a better job in protecting their players from self-harm.

Brown said operators needed to focus on identifying markers of harm on a proactive basis, rather than relying on the reactive policies of the past. The ideal situation would be to intervene as soon as a customer so much as approaches any markers of harm, thereby keeping the situation from getting out of hand.

A blockchain stitch in time

As for how blockchain tech could help achieve this goal, Brown noted the current lack of a universal, trusted information system that would allow operators to demonstrate to regulators that they’d followed all the right procedures.

These include identifying the source of a customer’s wealth, ensuring proper anti-money laundering (AML) and know your customer (KYC) protocols were in place, while noting that the customer’s activity pulled certain pre-established triggers that prompted the operator to make the necessary contacts and interventions. 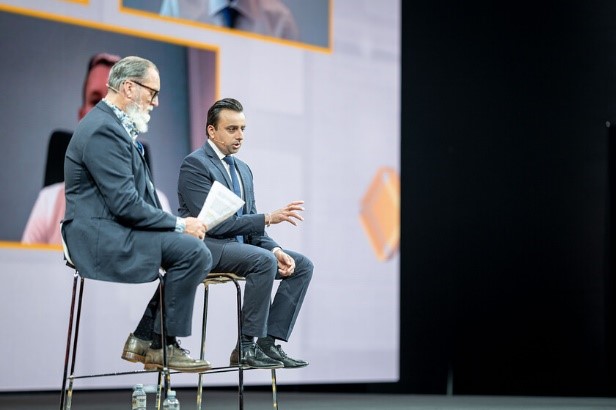 nChain’s Naik added that data silos—and the resulting data gaps—are one of the biggest challenges in realizing a responsible gaming platform or service. Blockchain offers the ability to create tamper-resistant records on a single public ledger that could be accessed by all operators within a particular jurisdiction, serving as a single source of truth for both operators and regulators alike.

Brown noted that a growing number of European markets are crafting regulations that require all operators in a specific market to consult a single self-exclusion list for gamblers who want to protect themselves from self-harm before allowing gamblers to wager with their sites.

Brown says this is an example of how operators can be convinced that there are safe, secure places that they can both enter and extract data in a way that is healthy for not only a business but also its players. Blockchain could provide other opportunities in which data leaves your business, enters another business, leaves that business and re-enters your business in a better form than it originally exited. Simit said nChain was developing a number of products to take advantage of the BSV blockchain’s unparalleled data-handling capacity. Some of these build on current BSV harm-reduction projects involving electronic health records that track opioid prescriptions to determine when a level of usage is becoming a problem.

Similarly, the BSV blockchain could record a digital fingerprint of data that tracks every single game played, slot reel spun and bet made, across all accounts held by the same player with different operators. This would enable more proactive profiling that would allow interventions well before real problems were able to develop.

Despite the obvious benefits, gaming sector adoption of blockchain remains limited. Brown said the industry as a whole was extremely cautious when it came to adopting new technologies, in part due to cost concerns.

The Lysis Group’s Gardiner suggested that improving operators’ capacity for early detection of problematic behavior could forestall the punitive financial penalties that regulators have imposed in recent years. That alone could serve as a significant incentive for operators to give blockchain a second look.

Gardiner added that taking the lead on how blockchain tech could be incorporated into their business might also prove far more beneficial for operators than waiting for regulators to dictate terms on where the blockchain boundaries lie. 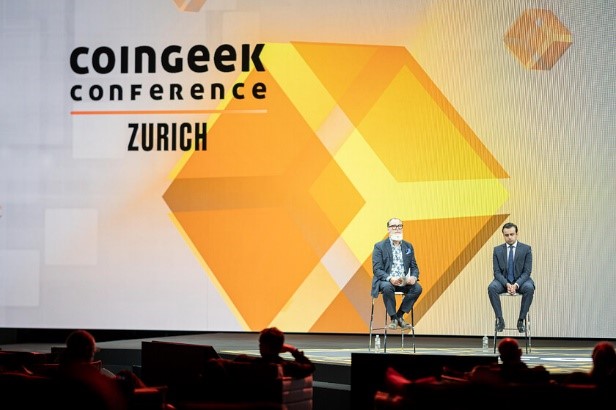 Simit said nChain was working on a number of projects related to payment processing with BSV, including the deployment of private money tokens for a U.S.-facing gaming client. Blockchain-based payment processing offers not only greatly reduced overhead but also the ability to capture AML/KYC context within the payment itself, building an incentive mechanism around data to profile individuals’ gaming habits.

Despite BSV’s ability to offer friction-free micro- and nano-payment options that are settled quickly with extremely low fees, Brown said payment processing was both an individual and extremely competitive facet of the gaming sector, and probably wasn’t the best area to expect the sector to adopt a new technology as a group.

However, Brown suggested that improving regulatory compliance and player protection was an area in which all operators had a mutual interest. All operators are required to work closely with their regulators, and if a group of Tier 1 gaming companies were to coalesce around blockchain-based enhancement in this area, the increased familiarity could encourage operators to explore other areas in which blockchain could improve the current situation.

Debattista noted that the MGA has been at the forefront of blockchain exploration in gaming, encouraging operators to consider means of incorporating this new technology into areas such as payments and within the gaming environment itself. The ‘sandbox’ paper the MGA issued a few years ago was always intended to be a ‘live’ document, updated as the situation warranted while considering developments outside Malta’s jurisdiction.

As such, Debattista said the MGA would welcome further discussions with its gaming licensees on potential applications of blockchain tech. The MGA’s aim is not to stifle development nor to overregulate, recognizing that the gaming sector has always been a dynamic one. If blockchain can make everyone’s lives easier while bolstering regulatory compliance, the MGA is all ears.

ESMA disclosed that it will not amend the existing rules on data reporting for the proposed plans to launch a securities trading pilot for the region.

The U.S. securities regulator appears to be warming up to the notion that Ethereum is a highly centralized network, according to a lawsuit filed against crypto promoter Ian Balina.

Revolut was the only firm on the FCA’s temporary registration regime and is now licensed to offer digital asset trading and custodial services in the U.K.