Home » Business » CoinGeek Zurich: MNP takes a look at original Bitcoin protocol and why it matters

Among the lineup of panel discussions and presentations at the CoinGeek Zurich Conference was a presentation from Hassan “Hash” Qureshi and Brian Beveridge, partners at professional services firm MNP.

MNP employs 5,300 team members, with over 2,000 CPAs working coast to coast for the firm. Their reputation for being very tech focused dates back to when they became one of the first accounting firms in the world to submit a digital tax return. The firm has also established a reputation in working within the Canadian digital currency scene, servicing some of the biggest digital currency startups and mining exchanges to be born in the country in recent years. 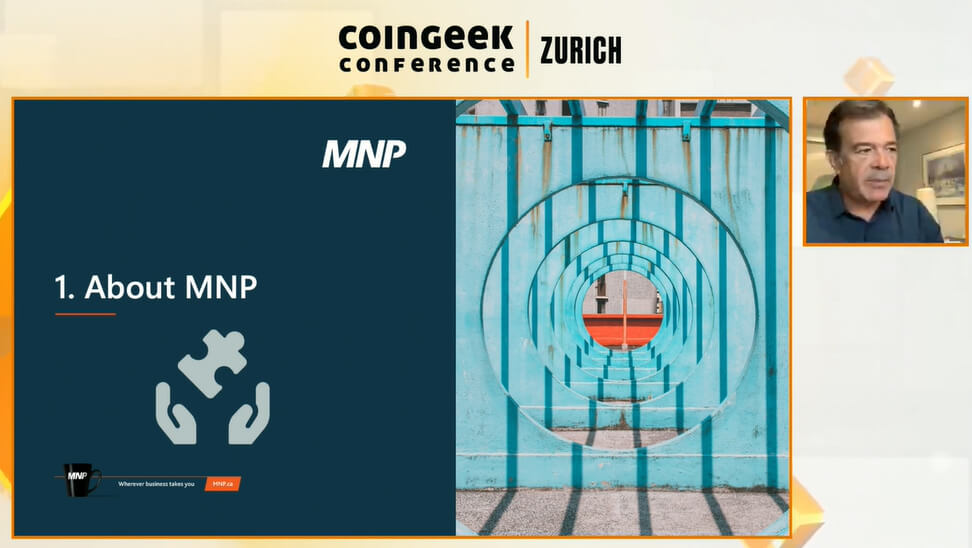 Canada’s fifth largest accounting and professional services firm, MNP has published a research paper on the state of Bitcoin, with the particular goal of exploring Satoshi Nakamoto’s original intentions. Their objective was to find out what Satoshi truly envisaged from the system known as Bitcoin, and to determine whether that original brief was being met by any implementation of the technology currently available or in development.

Hash Qureshi, a current Partner at MNP set out in an overview the broad findings of their study. He said that with reference to Satoshi Nakamoto’s whitepaper vision of Bitcoin, Bitcoin SV was moving closer to that original position. Meanwhile, BTC was found to be drifting ever further from this original purpose.

In reaching their conclusions, they drew reference to the whitepaper, as well as original source evidence, such as emails and forum posts from Satoshi himself published at the time of the origins of Bitcoin. 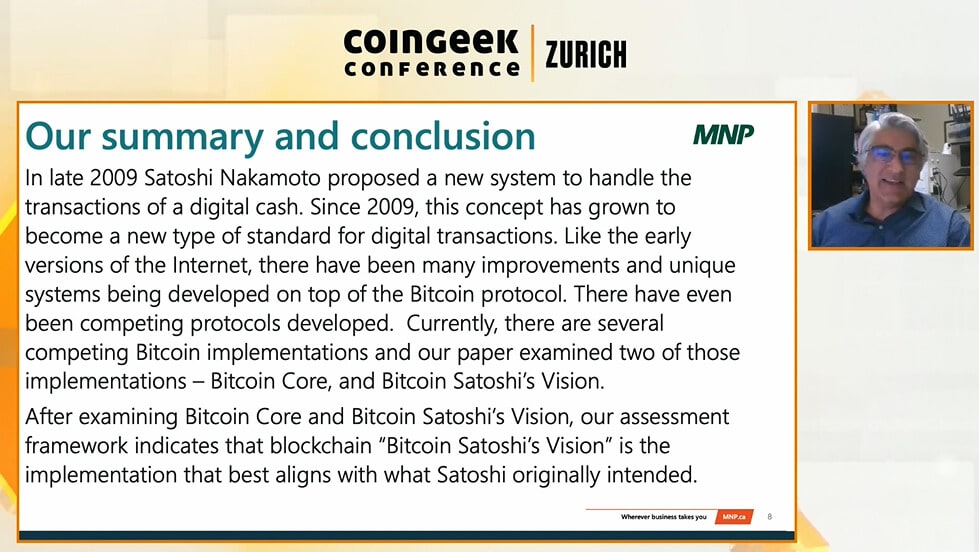 They created an assessment framework, within which they set testing criteria to benchmark each protocol, to determine to what extent it reflected Satoshi’s origin intentions.

Brian Beveridge, Former Partner at MNP and Independent Consultant, said the firm set out to look at Bitcoin’s implementation, and to find out what it was all about. The core question of the study was to look at the intention of Bitcoin, and whether or to what extent that was being achieved in practice today.

The analysis was blocked into chunks: Capabilities, Critical Components, Non-Functional Requirements and Implementation Attributes. Beveridge set out his key findings—that Bitcoin was originally envisaged as a system of sending and receiving the value of transactions, with less chance of losing personal data, while solving the problem of double spend. It was to create a system that allows for as many potential outcomes as possible, and to create a more efficient means of payment without the need for intermediaries. He noted there was an intent to enable many different applications and use cases to be powered by Bitcoin, with the lowest possible transaction fees to make this happen.

With reference to BTC, Beveridge said it was falling short on so many of these objectives. While it was being used to transfer and store value, it was simply unsuitable as a means of payment, and cannot power any secondary applications—the scale capacity simply doesn’t exist, and so the value compared to fiat and other systems will remain small. 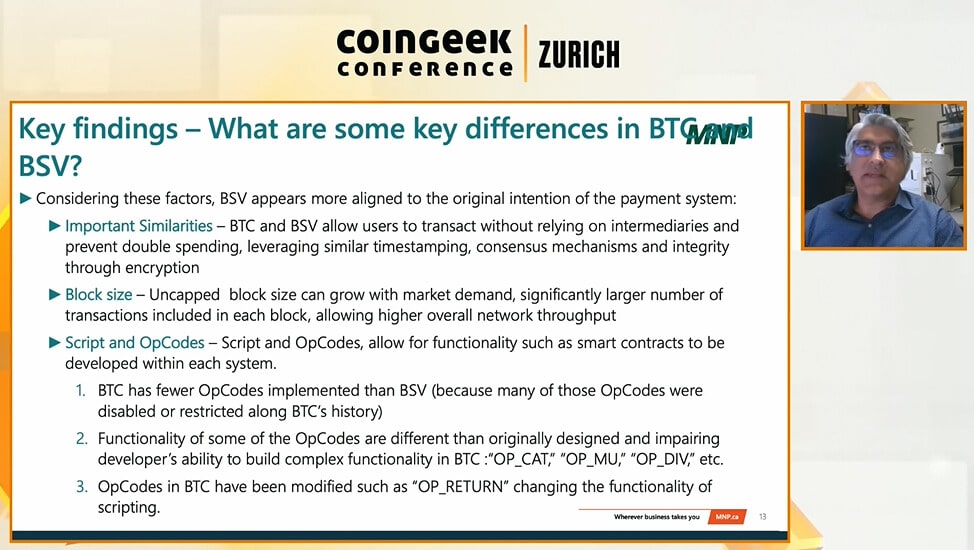 He also noted that BTC is far too volatile to be feasible for business transactions. It is not easy to use, it is not scalable, and brings with it a bad reputation and perception, mainly that it is used for proceeds of crime and ransomware, and other illegal activities.

By contrast, BSV is moving increasingly towards the position as set out by Satoshi in the whitepaper, by shifting the emphasis back to Bitcoin as a protocol for builders and developers. By reintegrating all the fundamental features BTC has stripped away over the years, MNP found the BSV enterprise blockchain was restoring Satoshi’s original vision for what Bitcoin should be, and how it should work as a global system of data and transactional settlement.

Get the full report about the Original Bitcoin Protocol from MNP here.

The previous framework only required holders to declare the earnings of their trading. Once the new legislation is approved, it will come into force in 2023 but will apply to operations in 2022.

Yuga Labs has sued Ryder Ripps, a self-proclaimed conceptual artist who has been selling copycats of BAYC NFTs, which he claims are for satirical purposes.

Testing state-backed digital currency for real estate settlements is already ongoing, along with testing for use in making regular payments for goods and services, according to local news reports.

The notice comes after users took to social media to decry the lack of explanation for the suspension of withdrawals on the digital currency exchange that had been noticed since May.