The prospect of enterprise adoption is one of BSV enterprise blockchain’s most exciting draws. Now, you can’t discuss enterprise business solutions without talking about the “as-a-service” sea change in product delivery, which begs the question: what does blockchain-as-a-service (BaaS) look like?

This was the topic of discussion on CoinGeek Zurich’s Blockchain-as-a-Service (BaaS) panel, moderated by Bitcoin Association Founding President Jimmy Nguyen. On the panel was Dominic Duffy, director of marketing at nChain; Angela Holowaychuk, CMO and executive board member at TAAL Distributed Information Technologies Inc. (CSE:TAAL | FWB:9SQ1 | OTC: TAALF); and Lin Zheming, co-founder and CEO at Mempool and DotWallet. 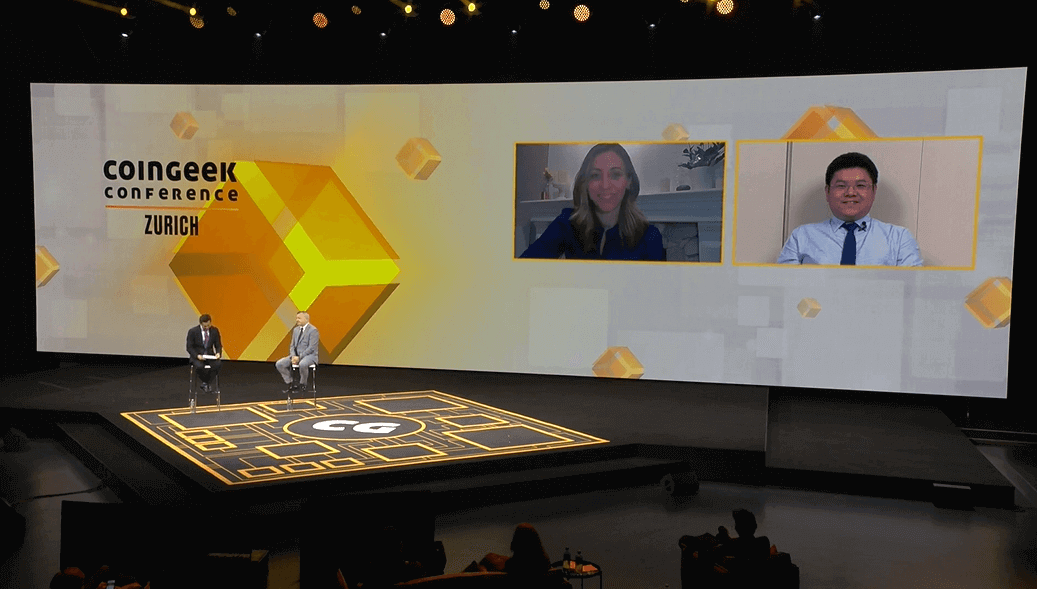 The term “as a service” is meant to recognize the range of products and tools which are delivered to users via the internet, rather than, for example, using on-premise hardware or locally stored software. The benefit is typically to take technical responsibility away from the business, for whom it might be inefficient to manage unwieldly hardware of software themselves. Later in the panel, Dominic Duffy gave some context which helps tease out the concept further.

“‘As a service’ is a concept that has been around now for 20 years. Salesforce.com pioneered that. In moving Salesforce to the cloud and turning it into an ‘as a service’ offering, it grew incredibly fast. It removed the expense of on-premised software. And that’s what we’re hoping to achieve with blockchain as a service.”

He pointed to data integrity as the key benefit: “The need to review, the need to check, is baked into everything we do.”

Thanks to blockchain, he says, that’s no longer the case. 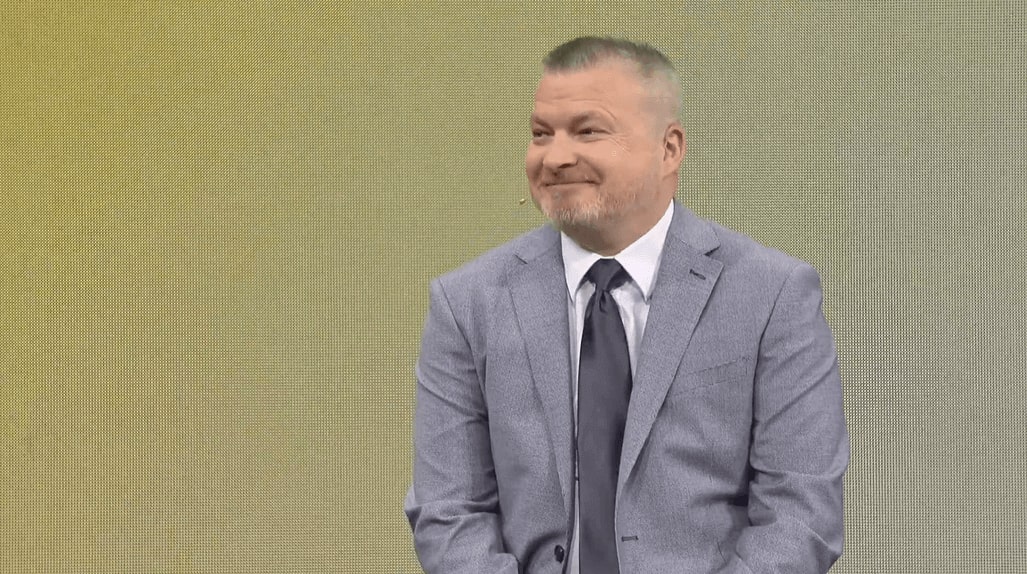 Duffy shared nChain’s thinking as far as monetizing their enterprise platform goes. nChain is planning to charge via licensing and charging per “transaction”—though he’s careful to note they won’t call them transactions given the audience is enterprise business who may attach a different connotation to the term than is reflected in reality.

Zheming talked about his conception of the BaaS model: “We think the user might need better control over their own data and their own private keys. The enterprise may not have the ability to touch everything, to serve the customer, so we think we can fill that gap between the consumer side and the enterprise.”

DotWallet’s Cards feature is an example of this. The feature allows users of DotWallet to easily create new token assets and manage existing ones.

“Our users may not know about blockchain, but are still taking advantage of the ledger.” Holowaychuk talked about the TAAL Console, which is a web application that tracks transaction activity in real time across multiple projects. It allows access to the testnet, the mainnet, API keys, and other flexible service packages which are available for purchase and payable in either USD or BSV.

One of these services is their STAS token protocol, which allows application developers to create and issue any type of token. Currently in private beta, Holowaychuk says that the test has been exciting and that more information will be released soon.

She also spoke about TAAL’s mission, and their approach to their clients.

“Creating TAAL as a reliable and scalable service provider. We want to be there for our clients when their applications scale, when they hit it big… Our service level agreements provide that comfort for our customers that we will be there for them.” 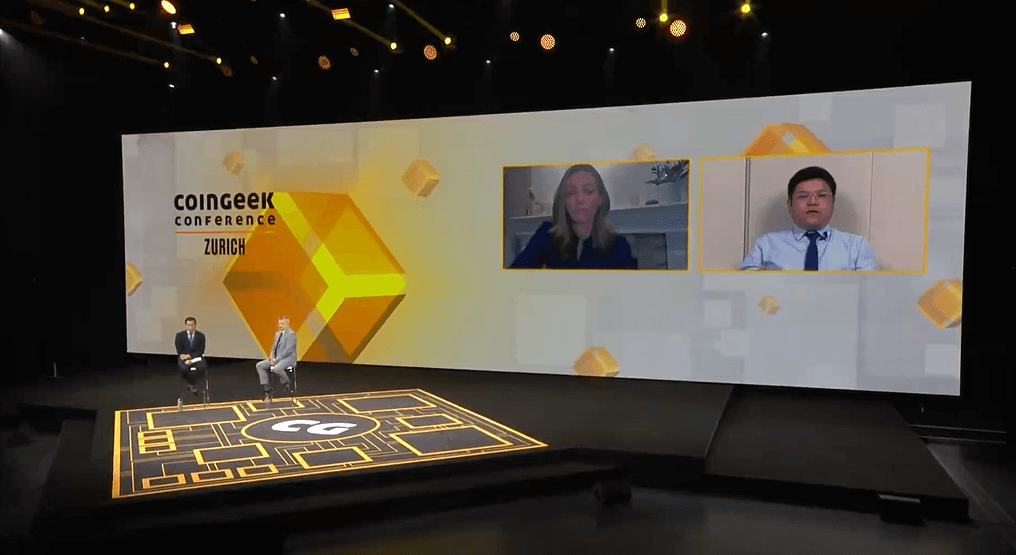 So, it seems that the blockchain-as-a-service wave is already happening: what’s missing? What’s needed for it to achieve its potential as a service model?

Zheming said there’s a need for an SDK or other open-source software to help enterprises take advantage of the SPV model.

“We need to deal with double spending, payment fraud, any cheating in the miner field. These are the key factors we need to provide for to enterprises.”

Zheming also made the point—which was echoed by Nguyen—that it is important the enterprises understand that what blockchain and BSV can do for them—and that includes knowing when blockchain might not be the most efficient solution. Just because BSV’s blockchain can scale to handle all kinds of data, does not mean all businesses need to put all data on chain. For example, you can use the blockchain to simply control access to data which remains stored elsewhere, off-chain.

To close the session, Nguyen asked Holowaychuk about what TAAL might offer in the future. Her response ran close to the point Zheming and Nguyen was making—that the customer’s interest (largely meaning enterprise interest) is what is key. In terms of what future features TAAL might be considering in response to client feedback, Holowaychuk said they’ve been listening closely:

“The feedback that we’ve been receiving is definitely for data storage, archivable services, and more administrative tools built into the TAAL Console. That is going to be going through cycles internally and we’ll be putting that into our product roadmap.”

Coindesk recently published a report on how two brothers used multiple pseudonymous accounts to fake a DeFi ecosystem on Solana—showing that without identity, there's no way to know who's in control.

Tornado Cash is a digital currency mixer that obfuscates transaction history by combining ETH deposits from many users into one pool before paying out Ethereum withdrawals.

PredictIt had been allowed to operate on the condition that it was being used for academic purposes and became hugely popular, which the CFTC said the platform violated.

Early last week, a U.K. collective proceedings order was filed against Binance, Kraken, Shapeshift, and Bittylicious in response to the 2019 delisting of BSV.