Most implementations of the Bitcoin protocol have strayed from what Satoshi Nakamoto envisioned Bitcoin to be. Both BTC and BCH have taken paths that make their missions different from Satoshi’s vision for a peer-to-peer electronic cash system that can compete with existing global payment networks.

Despite the distinctions, BTC and BSV – as well as other implementations like BCH – all claim to be the real Bitcoin—which prompted MNP, Canada’s fifth largest accounting firm and one of the largest business advisory firms in the country, to compare two implementations of Bitcoin, BSV and BTC, to Satoshi Nakamoto’s original vision for the protocol.

MNP recently published, “The Original Bitcoin Protocol: What Is It and Why Does It Matter?,” an independent review of the original Bitcoin protocol. The purpose of the review was to determine by comparison which Bitcoin implementation is the most accurate representation of the vision proposed by Satoshi Nakamoto. The MNP team used Satoshi’s forum posts, emails, the original source code for Bitcoin, client software, and the Bitcoin whitepaper as the sources that represent Satoshi’s intentions for the Bitcoin protocol.

“We had to tease out the details of what the intention was and there’s a lot in the white paper even though it’s not a lengthy document, but when you go back to what’s happening with the various versions of the protocols and the various implementations, you can see how various details from the original whitepaper were either implemented or were changed over time which affects the vision of the Bitcoin ecosystem,” said Brian Beveridge, an independent consultant and former Partner at MNP.

“So that was really what we set out to do, to determine the original vision from all of this information and then look at BTC itself, what’s happened to BTC over the years, and how true to the original vision it stayed, and then we looked at another protocol which is BSV.”

In their hunt for source material, the MNP team determined that Satoshi set out to create a system that facilitated a more efficient means of internet payment, including “small casual transactions” without the need for a financial intermediary; that Bitcoin was intended to be used for a variety of purposes beyond internet payments thanks to the small casual transactions that are possible on Bitcoin; and that Bitcoin was intended to scale with economic incentive due to its low transaction fees. 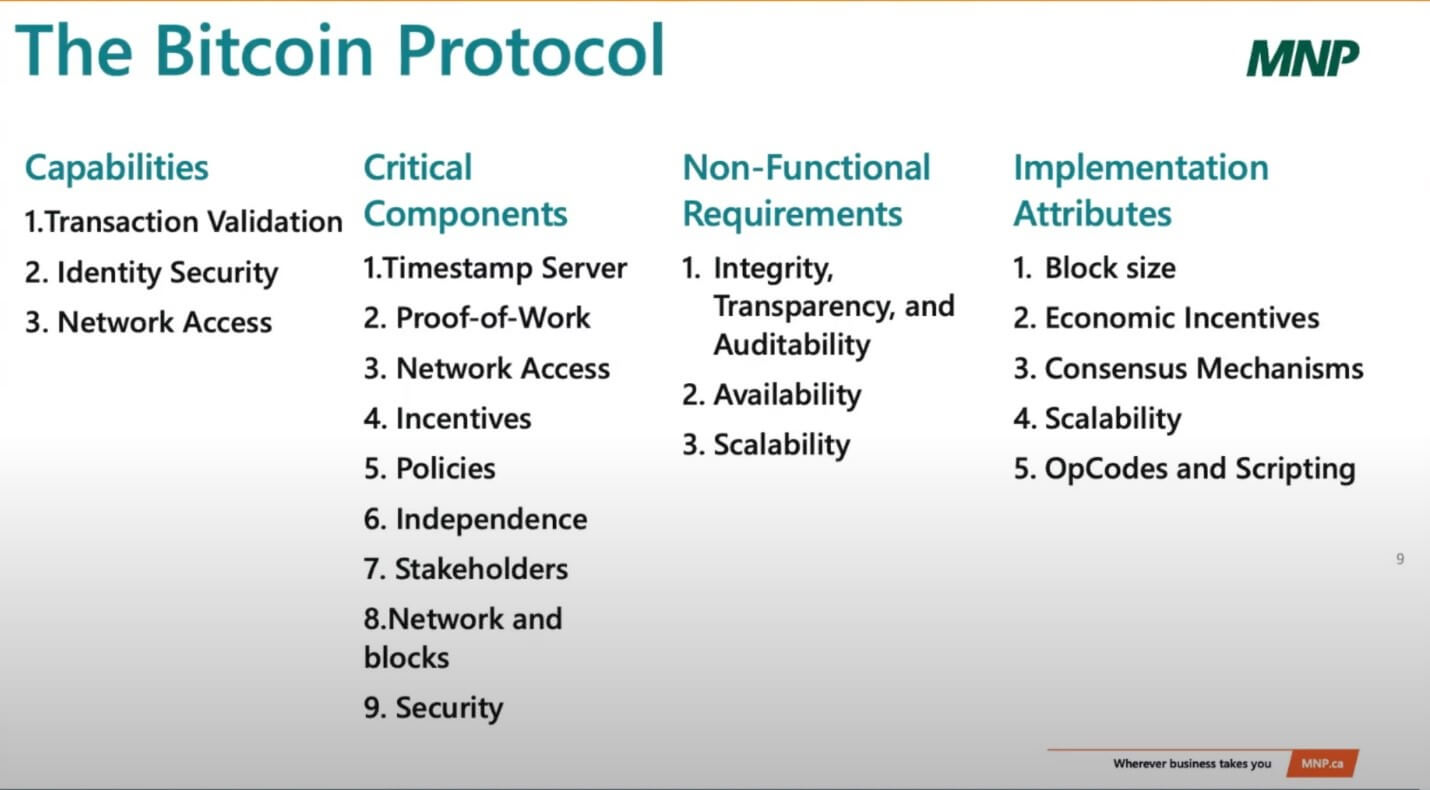 The conclusion was that Bitcoin SV is moving closer to Satoshi’s original vision while BTC is moving further away from that vision. According to the MNP report,

“Bitcoin, according to the writings and source material left behind by Satoshi, is a type of digital transaction network. At its core, the Bitcoin network provides mechanisms to allow for a distributed transaction network to handle digital payments. Bitcoin has inherent features to greatly reduce the chance of double-spending, decrease the reliability on ‘trusted’ third parties and subsequently protect the privacy of those transacting on the network, and allow for the network to scale to any size required by the participants of the network.”

“After examining BTC and BSV compared to the original vision set forth in the whitepaper, forum posts, emails, and other writings by Satoshi, it is our opinion BSV is the implementation that currently best represents what Satoshi originally intended.”

Because BTC has a limit on its block sizes, it is not capable of scaling like Satoshi intended Bitcoin to do, and because BTC has fewer opcodes as well as opcodes that have been modified from their day one implementation, BTC is functionally further away from what it was as it was described in the Bitcoin Whitepaper as well as how it was operating on the day it first launched. That being said, BTC is much further away from being the Bitcoin that Satoshi envisioned compared to BSV which has uncapped block sizes and more opcodes that stay true to their day one implementations.

To find out how the MNP team came to that conclusion, which areas of the BTC network diverged from the vision Satoshi laid out in the whitepaper, and why that makes BTC much less like the Bitcoin described in the whitepaper compared to BSV, then you are going to have to read MNP’s latest report, “The Original Bitcoin Protocol: What Is It and Why Does It Matter?”