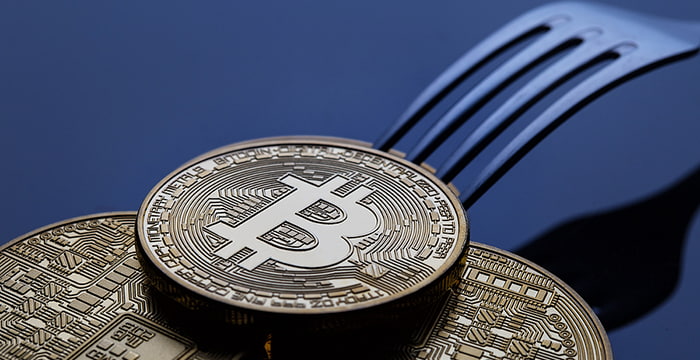 The Bitcoin Cash Node (BCHN) team, backed by investor Roger Ver and a number of prominent exchanges, is claiming a clear victory in the latest BCH chain split. The split saw much of the BCH ecosystem separate from its former primary protocol developer Bitcoin ABC over differences in opinion on how to fund BCH development. All platforms and services that previously supported the BCH asset will continue to do so, using that name.

It should be noted that these changes are happening entirely on the BCH network—Bitcoin BSV and BTC, are not affected.

At the time of writing, BCHN nodes had mined 84 blocks post-fork, 78 ahead of Bitcoin ABC’s alternate version of the protocol. The longest chain will continue to be known as BCH, and is also supported by protocol developers Bitcoin Unlimited (BU).

Notably, of the 1318 nodes still mining the asset known as “BCH,” 467 are still running Bitcoin ABC. 582 are running Bitcoin Unlimited, and 223 have BCHN. The overall hash rate for all versions of the protocol dropped markedly following the split.

Due to the large and rapid reduction in mining nodes running its alternate version of the software, ABC (now the minority chain) struggled to process its first few blocks in the first few hours as hashing difficulty remained high. All BCH protocol versions include a difficulty adjustment mechanism to deal with such scenarios within days instead of weeks, and ABC expects its block processing time to normalize as this kicks in.

BCH exchanges such as CoinEx are, for now, listing BCH alongside a new coin named “Bitcoin Cash ABC” (BCHA) on their platforms. Others, like Poloniex, are listing it as a futures asset. Others who opposed the IFP, such as Kraken and Coinbase, have said explicitly they won’t support the new chain. Binance also continues to list Bitcoin Cash as BCH, and has not listed the minority chain asset—though it has not ruled out supporting in the future, should it continue.

Mining pools ViaBTC, BTC.top, AntPool, BTC.com and Bitcoin.com are all continuing to mine the BCH chain. ABC’s miners are unidentified at this stage.

What the opposing sides said

It’s yet to be seen if ABC’s new asset on the minority chain can remain viable enough to continue. ABC has promised to maintain its protocol and also provide a version of its software compatible with the BCHN version.

An ABC statement published before the fork said, “If the November 15 network upgrade results in a viable chain split, we will continue to maintain node implementations for both chains.” The team said it had also transferred control of the bitcoincash.org website, which it had managed since BCH first appeared in 2017, to a new team.

“The team is focused on scaling Bitcoin Cash to serve billions of daily users as ‘censorship-resistant peer-to-peer electronic cash for the world’,” its main page reads.

“Today all participants of the BCH ecosystem should be extremely proud. Bitcoin Cash has done something no other cryptocurrency ecosystem has achieved. We have managed to not only successfully reject a corruption of the protocol, but also removed power from a centralized development team and rejected a centralized ‘official’ (not official) website. Bitcoin Cash is now stronger, more unified and more decentralised than ever before.”

What caused the split

The event was described as an “upgrade,” a “hard fork,” “chain split” or “airdrop” depending on which camp was speaking. At issue was protocol developer Bitcoin ABC’s plan to implement its Infrastructure Funding Proposal (IFP) as part of BCH’s six-monthly hard fork upgrade process. The IFP would have seen a percentage of BCH mining block rewards diverted to addresses that form a pool fund to pay developers—mainly protocol maintainers, and other selected projects considered vital to the BCH ecosystem.

Bitcoin ABC, led by developer Amaury Sechet, had been the protocol used by most BCH nodes throughout its history. Sechet has often complained there is inadequate funding available to support developers working full-time on the BCH protocol, which hampers its progress. While many supported Sechet and the IFP plan, a majority from the BCH community balked at the idea of “taxing” miners to fund development, claiming it handed too much power to Sechet and those tasked with deciding which projects to fund.

Opposition to the IFP saw a new protocol development team, named Bitcoin Cash Node (BCHN) emerge. Bitcoin Unlimited, a team which has historically adopted a more conciliatory stance on protocol direction issues, had promised to follow the direction of the longest chain—which, for much of 2020, was expected to be BCHN’s version.

Both camps in the BCH split are anarcho-libertarian leaning (often vocally so) and have sought to keep BCH “decentralized” and “censorship resistant” as much as possible. A glance at the Bitcoin Cash Node team website shows many of its main developers choose to be publicly pseudonymous, though many are known by their real names within the community. Differences over which new difficulty adjustment algorithm to implement were solved quickly, and (unusually for a Bitcoin protocol split) there was no argument over transaction block sizes. Not-so-unusually, there were various personal attacks and claims of power hunger in the lead-up to the fork.

In the end, the decision for miners was probably more economic than ideological. BCH uses the same hashing algorithm as BTC (and for the record, Bitcoin BSV), meaning miners could switch networks at any time. Removing a percentage of miners’ income would automatically make BCH less profitable compared to BTC or BSV (depending on current coin values), and risked a loss of hashing power to either of those networks.

Sechet and his supporters argued that, if the BCH protocol isn’t properly maintained, BCH would eventually lag behind similar networks, and suffer negative consequences anyway.

It’s another example of why Bitcoin was designed, per its original 2008 white paper, to keep the network secure with economic incentives for its transaction processors (aka miners). Those who have invested large amounts of money and time building a processing operation will want to protect their investment and maximize their profits. Anything that causes a reduction in their income is likely to see a number of them leave the network, making it less secure.

Bitcoin (BSV) appeared after separations from BTC (in July 2020) and then BCH (in November 2018). Its development team has since restored the original 2009 Bitcoin protocol, increased transaction block sizes, and promised its basic functional rules will be “set in stone” with no changes.