I just do not believe there to be a more pro-Western thinker than myself. Granted, I am a creature of the West, a cultural chauvinist of the highest order. Western society, far from a plague to be overcome, is a gift to all humanity: literature, art, film, architecture, cuisine, philosophy, even religion. The Enlightenment and its resulting liberality I count as monumental achievements for the species.

That written, of all the places to flower a crypto revolution in an otherwise mostly closed society, China was for sure not high on my list. Asia is such a loose word, and doesn’t mean much but it will have to do for the purposes of this particular column. The stereotype here in the United States is of cultures and nations repressed, controlled, still fighting for basic freedoms at least politically.

And that appears to be true on some level, as any cursory look at a given Eastern or Asian country would reveal. They often lack the liberality of migration, of allowing others “in” to their societies. Speech is a careful freedom, and does not seem to be a Right in the way we imagine. All of that, and to say nothing of the political struggles for more democratic participation. 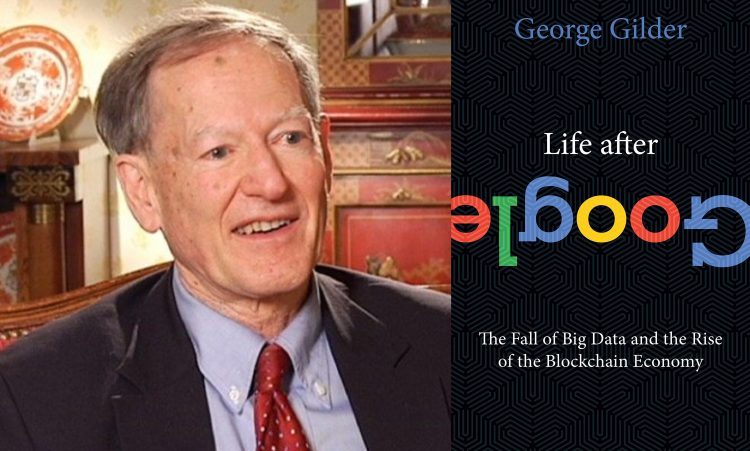 “Only in China! After 40 appearances in nine days in four cities,” famed futurist George Gilder explained in a social media chat, “I return exhausted and edified by this nation of engineers and entrepreneurs, all inspired by the U.S. Silicon Valley example, now wilting in green Marxism and demented diversity politics.” Gilder’s latest book, Life After Google: The Fall of Big Data and the Rise of the Blockchain Economy (Gateway Editions, 2018), a follow up to his Scandal of Money, has since been released in China, and he gave a series of talks in support.

We were to do an on-camera interview in Las Vegas this Summer at the annual Freedom Fest (I ended up with a lovely and very impromptu discussion with Jeffrey Tucker), but instead spoke from an ironically weak internet connection hideaway in the Berkshire Mountains (I in Southern California). Days away, as of this writing, from his 79th birthday, he’d come back from a morning run, as I recall, and was eager to talk about his latest book. About to hit 80, and the dude runs marathons (plural) throughout the year. Jesus.

His entire life has him in close proximity, Gump-like, to the movers and shakers of American politics and business. He’s written speeches for Nelson Rockefeller, George Romney, Richard Nixon, along with dozens of well regarded books on a variety of subjects. He was one of the key figures who developed supply-siders’ ascension to the White House by way of the Wall Street Journal editorial pages. He was said to be President Reagan’s most quoted intellectual.

Gilder received push-back on his assessment after he returned from China recently. The country, he responded, “thrived by reducing govt spending by 80 per cent (to a level lower than the U.S. as a share of GDP) and refusing to float their currency.”

When a few folks commented the Chinese might’ve picked up hints from his supply-side days, Gilder confirmed he believed progress began “after I visited in 1988 and urged them to ‘let a billion flowers bloom.’ I also told them to lower marginal tax rates. It was Bob Mundell, though, who told them not to float their currencies, and was rewarded by having the University of Finance in Beijing named after him. I was just made an ‘esteemed honorary professor’ at Shenzhen University of Technology. Voodoo marches on, in China, and underlies their economic miracle,” he wrote, using the famous George HW Bush’s characterization of Voodoo economics to describe supply-siders.

When another commenter listed grievances against the country, Gilder asserts, “China has increased its power and wealth by a factor of 10 or more since the Maoist days. Regardless of what we do, at a minimum they are going to be dominant in Asia. Objecting to ‘island building’ in the Spratlys or naval clout in the South China seas, or foreign aid (‘hegemony building in Africa’), or infrastructural prowess (no problem with finding ‘shovel ready projects’), their ‘art of the deal’ with Western tech companies for whom they do most manufacturing, [complaining] at all this shows an incomprehension of China’s earned position as a great power.” 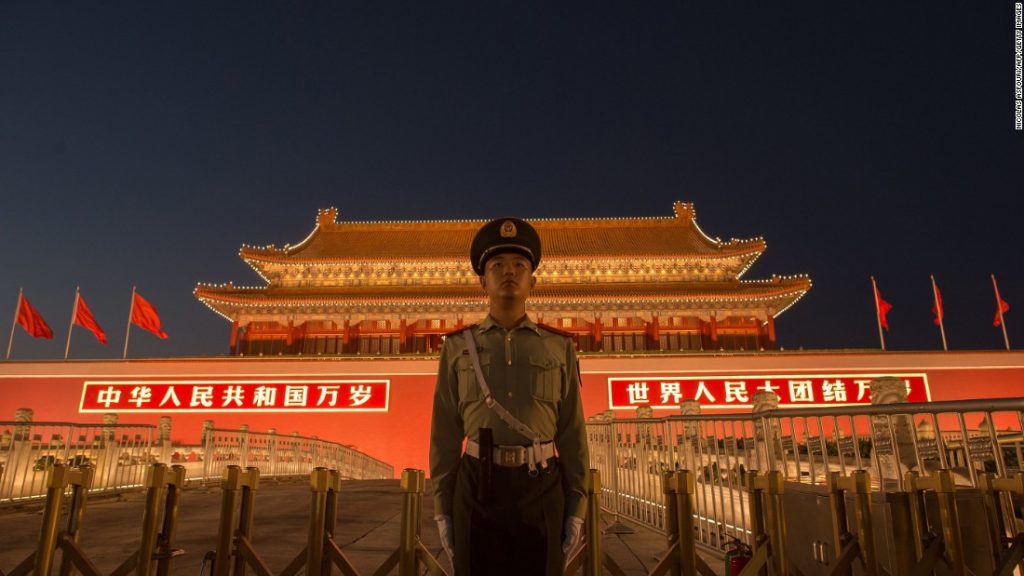 “We can change our own behavior but we probably cannot change China’s determination to be number one in Asia,” Gilder assured. “Attempts to stop them are undignified, hypocritical, and quixotic and a distraction from the war against industry being conducted in the U.S. on every campus and environmental cult and blue state office,” insisting the U.S. has far more of its own problems to tend than fretting over China.

Ultimately, in order to survive, he believes “the U.S. and China are destined to collaborate. Gratuitous trade conflicts based on ‘trade gaps’ are just self-defeating, particularly for us with most of our high tech manufacturing in China and Taiwan exporting to the U.S.”

Perhaps the biggest slur against the industrious nation is the charge it is merely faking, a Potemkin village at scale. And while some of that is no doubt true too, China is easily one of the most entrepreneurial economies going at the moment. It accounts for three times the initial public offerings (IPOs) than that of the U.S. When Taiwan is brought into the picture, whose business folk have pointed a majority of their investments at the mainland, greater China makes most of the world’s high tech goods. “Taiwan Semiconductor Manufacturing Co.,” Gilder notes, “is the only mass producer of 7 nanometer chip geometries for the new Apple cellphone. Yes, the new government is economically retarded in some ways, politically repressive and socially manipulative. But the magnificent previous leadership under Deng Xiaoping et al provided a real foundation for an utterly solid trajectory of growth with an ever diminishing government spending as share of GDP (now at around 19 percent well below [the U.S.]). The new generation, unlike [the U.S.], is anti-socialist and throngs to their ‘free zones,’ which as I discovered in Shenzhen, have to be seen to be believed.”

He ends with a plea of sorts, an appeal to sanity. “It is foolish to deny the feats of the Chinese economy and the proliferation of entrepreneurial businesses, particularly in my areas of current focus, electronics and cryptocurrencies. For better or for worse, China is on a path to be the world’s largest and most powerful country. Making them an enemy is a suicide trip,” he concluded the chat.

South China Morning Post recently announced, as if channeling Gilder, “Hong Kong’s new regulations for cryptocurrencies have security at their heart, specifically the safeguarding of digital assets from theft or loss.” It might appear heavy handed, but the subtext is one of tacit acknowledgement crypto is here to stay, and that its people are clamoring for digital assets. Third party custodians are key to institutional adoption in the wake of exchange hacks and wallet insecurities. “InVault,” the SCMP write, “a Shanghai-based start-up, claims to be the first such digital custodian to take advantage of the new licensing requirements to launch its services in Hong Kong.” It already holds about a million ETH on the mainland, and this new license will allow it to begin automated services next month.

They’re looking internationally as well, becoming leaders in the protection of crypto assets. CEO Kenneth Xu told the news agency, “We believe that globally, custodians for cryptocurrency assets will be regulated and operated under a trust licence.” Using the models of Coinbase and BitGo, they’re to be a kind of trust agency, a form of insurance.

“Xu said InVault is in discussion with two ‘mid-sized’ insurers which potentially could provide coverage that could be included as part of its custody services,” SCMP reports. “He said the biggest challenge for insurers today is how to accurately measure the risk profile of a custodian, and its internal systems, to price the cryptocurrency insurance premium accordingly.” It’s yet another step, albeit a quiet and unsexy one, in the country’s business culture to get economic’s future right. China! I would’ve never guessed.