Home » Tech » The war of two SegWits: the SegWit vs SegWit2x saga simplified

As the scheduled hard fork for Bitcoin’s legacy chain draws near, SegWit Core (BTC or BT1) supporters are clashing with SegWit2x (S2X or B2X) advocates.

One big question for those who wanted SegWit but do not want big blocks is: why proceed with SegWit2x and push for the block size increase when the big blockers have already “forked off” to Bitcoin Cash (BCH), especially when everyone is saying it’s “dangerous?” Is it just to honor the New York Agreement (NYA)? Or do they just not know what they’re doing?

There’s really not much of a sophisticated answer to this other than that this is a sort of hail Mary pass—a last attempt for miners to grab some of the power and keep it in their court. Bitcoin Core developer Luke Dashjr himself said that the main intention of SegWit2x (B2X) is to stall SegWit (BTC).

“Overall, Segwit2x seems to have one real purpose*: to try to stall Segwit longer. It is a distraction from the upcoming BIP148 softfork, which is already irreversibly deployed to the network. By promoting BIP91 and Segwit2x as an alternative to BIP148, what miners are really doing is another power grab to try to take back their veto, which has no purpose other than to be used by Bitmain to block the whole thing at the last minute.” –Luke Dashjr, Bitcoin Core developer and Blockstream co-founder, on Medium.

This wouldn’t make sense to most. How can there be infighting particularly between a phase 2 and its phase 1? First off, their names are quite misleading, because they are entirely different updates.

To understand what this means and why this is going on, you first have to understand the different perspectives in the Bitcoin community, and the role they play in Bitcoin as a voting system. In Bitcoin forums (especially Reddit), you will see four major players weighing in on this drama: HODLers (BTC holders), users, miners, and developers.

The problem with HODLers is that many of them (not all) only ever care about how much BTC is at trading value, without giving a rat’s ass about the politics and developments (or impediments) that could catapult the project into either the utopian Bitcoin 2.0 era, or into a quick and tragic bubble burst—which is bad for the whole Bitcoin system. But hey, so long as it looks like we’re shooting to the moon, who cares, right?

Apart from this, they don’t have voting power because they’re not mining, anyway. And even if they did, what percentage of that population would rather just listen to FUD and propaganda-laced group-think than to actually do their research and understand technical documents so they can form their own opinion?

Users, on the other hand, would feel the impact far more than HODLers. Ironically, while the Satoshi white paper was built with users’ convenience as a priority for building the ecosystem in the first place, it is them that will primarily suffer the repercussions of flawed governance. The consequences of skewing the system in favour of corporate allegiances will end up charging users more per transaction, while also making them wait longer processing times. What a lot fail to remember is that the Satoshi white paper specifically says Bitcoin is a peer-to-peer network built to move value around. It was not intended to be a mere vault where money sits still—not that there’s anything wrong with HODLing. But above all else, frictionless transactions was originally a huge part of its value proposition.

Unfortunately, much like HODLers, unless a user is also a miner, he or she has no say in protocol changes either. It doesn’t matter how active they are in Reddit word wars, if they aren’t mining, no votes will be counted.

“No one who never mines makes any vote—it’s the person who yells and screams, and jumps up and down outside of the election booth, blocks others, hits people, fights, censors them—but doesn’t vote themselves.” –Dr. Craig S. Wright, Bitkan’s “Shape the Future” Blockchain Global Summit, Hong Kong. 20 September 2017.

Miners are the bloodline of the blockchain, they keep transactions flowing and records untainted. In exchange for their service, miners are rewarded with transaction fees as well as bitcoins for every block created. Today, they come in large groups, called mining pools. Individual miners join mining pools to minimize overhead expenses, and as a large group they are able to mine bitcoins faster. The node operator takes a small cut from these profits, keeping a mutually beneficial relationship with individual miners.

They can support or boycott a hard fork—anything that is a radical change to the protocol, by using software that supports (or doesn’t support) the upgrade. If majority of the miners support the change, the consensus will lead to a smooth transition into the update. But without this consensus, the blockchain splits, and two chains are created. These chains then compete for majority of the mining power. And, depending on development, one can either thrive or dissolve eventually.

Developers also play a crucial role in the Bitcoin system—even outside of developing the code. While being on the development team does not automate votes on your count, these people have the power to influence all the players in the ecosystem. This is especially effective when dealing with a new system that is poorly understood by a huge majority of the market—despite having already thrown their savings into the mine. As a developer who has been there early on, you get some perks which comes in the form of credibility, although this does not mean you will never be questioned, obviously.

It becomes a problem when there is a divide between developers, particularly when there are conflicts of interest (which we will tackle later on in this piece). Developers can influence the community to work towards a goal—whether with pure intentions or not. As mentioned earlier, so long as BTC’s value goes up, it seems the herd of Bitcoin holders remain blind even when the shepherds lead them off the edge of a cliff.

The tug of war

Now that we’ve defined the characters you will encounter in Reddit, Medium, and Facebook debates, we can explain who’s on what side, and why.

In the SegWit vs SegWit2x saga, HODLers and users’ opinions are moot—as explained earlier. But they do engage in the word war A LOT. Most would base their decisions on what Core developers say. Hose down all that noise and we get to what this all really is: a power struggle. The NYA is a tug of war between developers (and the corporations backing them), and miners.

So what’s behind each team’s motivations? It’s a war for profit, and power.

In the SegWit world, services are being pushed as “sidechains” which will be tasked to take some of the load off of miners. Signature data will be segregated (hence, called Segregated Witness) from transaction data and processed by these sidechains, like Lightning Network (LN). Consequently, they will be taking part of the transaction fees, which were originally collected fully by miners.

Miners are pushing for SegWit2x, an increase in the block size, to take some of that power away from sidechains and back to the miners, and keep their block rewards. SegWit2x will allow miners to retain more of their incentives than if there was no block size increase—miners only get paid for on-chain transactions, which means sidechains will be reaping more rewards if block sizes are not increased.

Both forks are tainted with controversy: corporations backing Lightning Network advocated for SegWit so they can take control over the sidechains—and collect fees from transactions. This is where there was clearly a conflict of interest: Core developers who relentlessly pushed for SegWit were also working for Blockstream—which received millions of dollars in funding for finance giant AXA. AXA has been working on building technology and setting up shop in the blockchain industry through sidechains. People believe that Bitcoin Core developers pushed for SegWit because of this partnership.

On the other hand, SegWit2x lead developer Jeff Garzik recently revealed that he is abandoning the project and running off to his new competing cryptocurrency as an exit plan if and when Bitcoin implodes. This gave rise to rumours of an inside destabilization plot.

It is important to note that this upcoming fork is a power struggle for the legacy chain. Proponents of large blocks have escaped the signature segregation update—which they say is an ultimate hijacking of the original Satoshi vision and forked away through Bitcoin Cash to preserve the signature data and try to solve the blockchain congestion with larger block sizes.

To sum it up, the two phases of SegWit are in opposition with each other:

1. The SegWit soft fork in August was seen as a move initiated by corporation-backed developers, to allow businesses to take over sidechains and take some of the profits that were otherwise fully given to miners;
2. To counteract sidechains, miners are pushing for the upcoming SegWit2x hard fork. An increase in block size would mean more transactions flow through miners, and therefore yield more fees.

But then how can “SegWit2x stall SegWit,” when it has already been deployed? Nodes have to upgrade to SegWit software to fully activate the change. If more miners run the SegWit2x software, that becomes the main chain and will hold the trading name BTC. And with over 12 million BTCs in existence and with the BTC value flirting with the $7,000-mark, this is not just a mere matter of “who gets the name.”

Hard forks are not only about protocol changes, it’s also about a change in developer teams. The prevailing chain will declare which developers hold a position of power—who will have a heavier amount of influence over the community and consequently, the blockchain system itself.

And with SegWit not really fully implemented yet, the confusion brought about by the upcoming SegWit2x hard fork may just be enough to cockblock SegWit.

This is like a game of chess, except with a lot of insults flying all over the place, lots of not-very-subtle shade-throwing, flailing arms, etcetera, etcetera. Needless to say, it’s a huge mess. 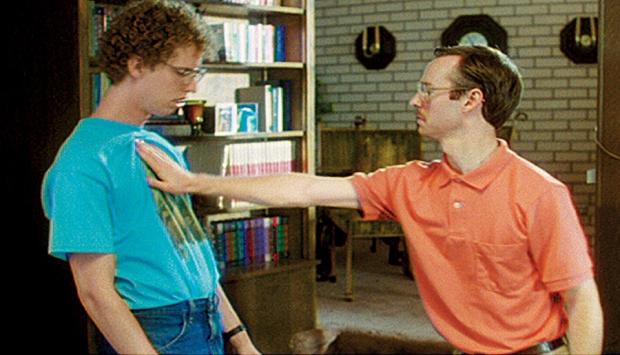 This brutal tug of war could tear the legacy chain apart. Again.

The NYA was supposedly a compromise between those who wanted big blocks for faster transactions (Bitcoin Unlimited), and those who wanted to strip the signature data to free up space (SegWit). But it in fact, seems more like a war than a compromise—one that could tear the legacy chain apart. Again.

In case the legacy chain splits apart once more, the good news is you get free money. The bad news? The hard fork, which happens on block 494,784—falling sometime around November 16, could result in a phase of confusion. Some exchanges have declared that they will list the SegWit2x chain as B2X while others say they will list the longest chain as BTC. Eventually, this may flip—the market will decide which one will be “BTC.” So after the fork, it would be best to sit tight and not go on a selling spree just yet.