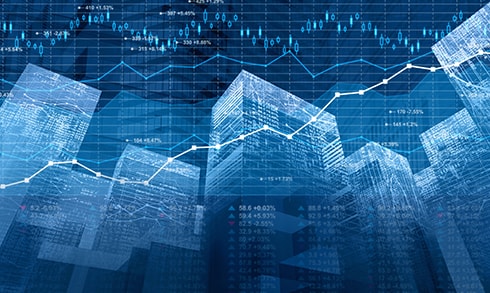 Multinational media giant Thomson Reuters has become the latest company to announce it is experimenting with blockchain technology.

The group, which owns a number of high-profile media brands globally, is to open its data to smart contract developers, based on the ethereum blockchain and the R3 consortium’s flagship Corda DLT protocol, in a move that could deliver significant efficiency gains and cost savings for the company.

Dubbed BlockOne IQ, the platform, which was released in beta for the first time today, will enable smart contracts with secure financial information, effectively removing the need for a middleman across a range of transactions.

Participants will be able to use the technology to take advantage of Thomson Reuters’ reputation for providing current, accurate financial information, including across exchange rates, securities pricing and other key benchmarks.

Thomson Reuters has elected to make wide sets of financial data available on the system, in a bid to explore whether the system could become helpful in a range of equity actions like paying dividends, without the need for the same level of human oversight and administration.

While the system remains in the earliest stages of its development, smart contract authors have already met the project with enthusiasm, in recognition of the potentially significant benefits this type of technology could hold in store.

Blockchain technology was originally conceived of as having the most significant impact on financial services, with banking and currency at the forefront of the initial waves of development.

However, technologies like smart contracts open up the distributed ledger to a range of other industries, including sectors as diverse as energy, agriculture, logistics and gun control.

While much of the same data has previously been made available for centralised systems, via APIs and FTP links, the BlockOne IQ project represents the first time Thomson Reuters has opened its data flows to smart contracts.

The company has said it intends to extend access to the data to blockchain consortia, including the leading open source Hyperledger project, which has pooled the efforts of over a hundred of the world’s biggest companies to explore the implications of the blockchain.

Sam Chadwick of Thomson Reuters said that this would enable greater experimentation on the system, both from large banks and institutions, as well as from startups in the blockchain space.

“Although we’ve got a bias towards the large banks experimenting, some of the smaller firms just in the crypto-space are very interesting to us as well.”