Bitcoin BCH mining pool SVPool continues its impressive, rapid growth, holding 13.89% of global hash power for the currency as of November 7, according to data from Coin Dance. On a seven-day basis, SVPool holds 9.1% of BCH hash power. 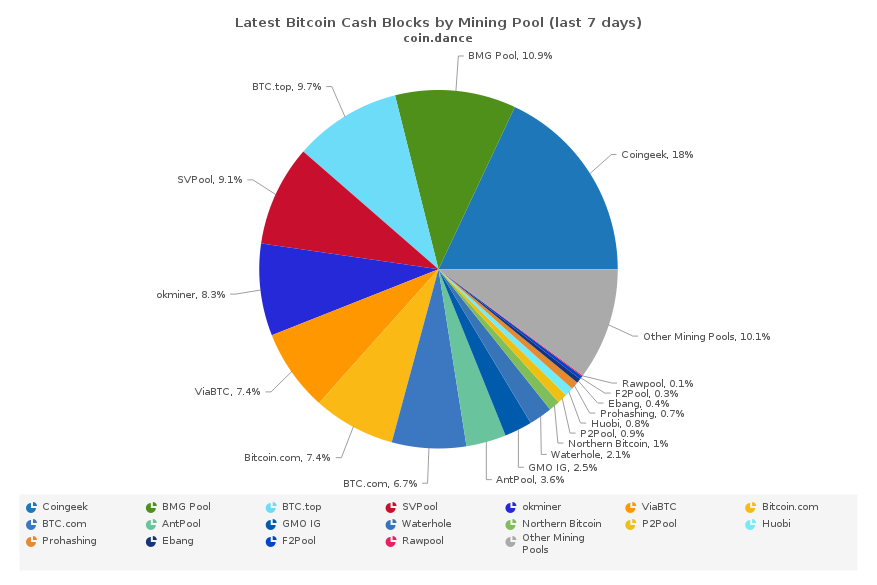 SVPool, a personal initiative of nChain chief scientist Dr. Craig Wright, allows miners of BCH who believe in the original Satoshi Nakamoto vision for Bitcoin, to generate greater revenue for the long term. It initially offers zero fees to miners, and has launched with a Pay-per-last-N shares (PPLNS) reward system, with Pay-per-share plus (PPS+) options to come in the next few weeks.

As Dr. Wright puts it, “Miners need to be empowered to drive things forward,” rather than be subject to developers’ dictates.

CoinGeek recently awarded £5 million to Tokenized, an on-chain token system designed exclusively for the BCH network and proudly uses the original Satoshi Vision design of Bitcoin. CoinGeek’s tokenization contest is still open, with a secondary award of £1 million up for grabs.

nChain earlier this week affirmed Bitcoin SV’s increasing dominance and appeal to miners. As of the time of nChain’s statement, Bitcoin SV was already supported by over 40% of the BCH hash total. “The Bitcoin SV consensus rules stand a very strong chance of becoming the dominant implementation on the BCH blockchain,” the statement read.