The growth continues for SVPool, the public mining pool for Bitcoin Cash (BCH). On a seven-day basis, SVPool is also up to 4.4%. This period of growth comes as the public mining pool customers hash is now around 30,000 miners—less than two weeks after it opened for business. 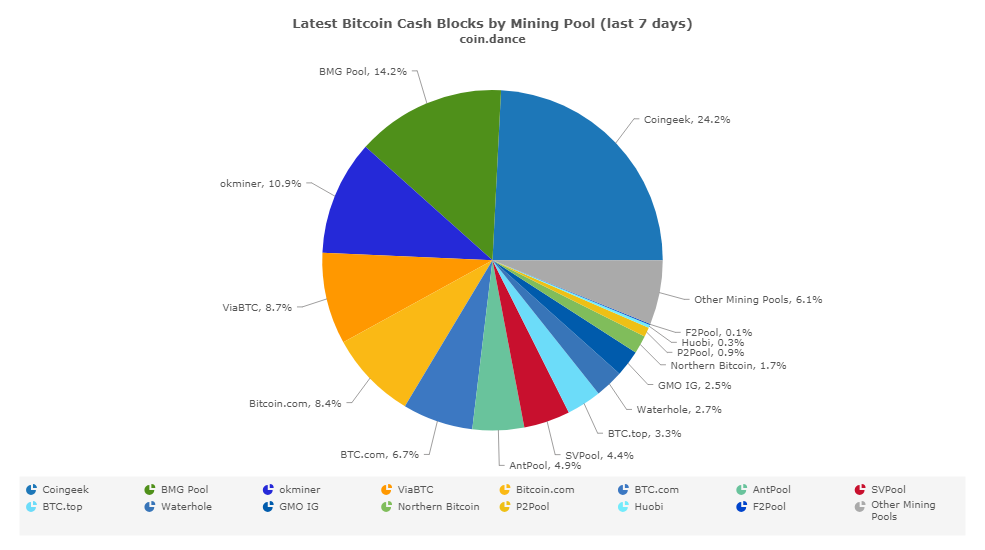 SVPool is a personal initiative of nChain Chief Scientist Dr. Craig Wright. It operates under the “miners choice, miners first philosophy,” offering zero fees to miners and launching with initial Pay-per-last-N-shares (PPLNS). It plans to add more features and Pay-per-share plus (PPS+) options in the coming weeks.

SVPool is open to all public miners on the Bitcoin BCH network who want to generate more long-term revenue. The mining pool, however, is not just for BCH miners—BTC miners who believe in Bitcoin’s original vision are also invited to begin mining BCH with SVPool.

The public mining pool is managed by CoinGeek Mining and proudly runs the Bitcoin SV full node implementation, which is designed to fulfil the Satoshi Vision for Bitcoin.

Contrary to popular belief, Bitcoin SV does not introduce anything new that was not included in Satoshi Nakamoto’s original roadmap for Bitcoin. Unlike other competing BCH implementations, such as Bitcoin ABC, that seek to experiment with unnecessary technical changes to the Bitcoin protocol, Bitcoin SV’s roadmap will restore the original Satoshi protocol, keep it stable, enable the BCH network to massively scale, and professionalize Bitcoin. The Bitcoin SV implementation will allow global enterprises to confidently operate and build their major projects on a stable, scalable BCH protocol.

To protect this vision of a scalable, workable money for the entire world, CoinGeek and its founder, Antiguan entrepreneur Calvin Ayre, have poured resources and money into several projects—from Terab to Cash Shuffle—to spread the message of BCH. Recently, CoinGeek awarded £5 million to Tokenized, an on-chain token system designed exclusively for the BCH network and proudly uses the original Satoshi Vision design of Bitcoin. CoinGeek’s tokenization contest is still open, with a secondary award of £1 million up for grabs.

Interested in learning more about Satoshi Vision, Bitcoin SV and SVPool? Join the gathering of miners at the upcoming CoinGeek Week Miners Day, happening as part of the CoinGeek Week Conference in London at the end of November. It’s the perfect opportunity to meet the members of the BCH community, and discuss not just the ongoing reality of Miners Choice for Bitcoin going forward but also why enterprise applications needing Bitcoin should stop moving in order for the ecosystem to grow. Secure your seat to the four-day conference today via Eventbrite. Also, join the (free) bComm Association.