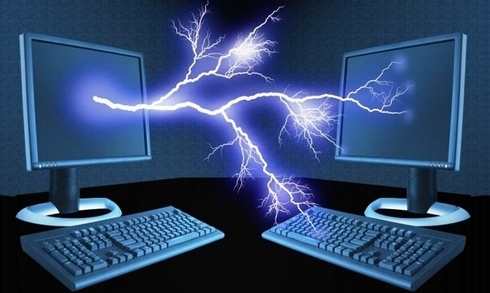 Home » Segwit/Lightning vulnerable NOT Bitcoin Itself

The headline blares out at you and draws you in: “Research Shows How Bitcoin Can Be Attacked Via Internet Routing Infrastructure.” Ah, ‘research’; so often like statistics i.e best summed up by British comedian Vic Reeves: “88.2% of statistics are made up on the spot.”

Of course, not all research is so flawed but this particular piece needs addressing because it’s not accurate. While the war between Bitcoin Unlimited, Bitcoin Core/Segwit et al may be an irritant, and furthermore, may be a deliberate attempt by the banks to undermine the progress of Bitcoin, it is important to point out that Bitcoin itself is not, in fact, vulnerable in this way. Segwit, however, is, as is Lightning, a protocol designed to speed up the process of Bitcoin transactions.

But not Bitcoin itself.

Oh yeah, explain yourself, geek? OK: A Bitcoin transaction can be sent and propagated without an online wallet. A user can sign from a machine that is not connected to the Internet, copy it to a USB and send this transaction to the network.

The settlement is what the blockchain does.

The techy bit in two sentences: A network with any back channel link defeats this so called attack. That is, if you have a simple DSL backup line and a VPN you bypass all of the attack. The idea that “encrypting all node traffic” shows a real lack of understanding. Bitcoin over 8333 does not need to be encrypted.

Conversely, Lightning, does require users to be online. Techies can check details here.

You can make payments in Bitcoin to people who are not connected to the internet. Lightning and Segwit alter this to require online trades.

In essence, they are adding vulnerabilities that do not exist in Bitcoin per say unless Segwit and Lightning are activated.

That’s all, as you were.