Given the recent Bitcoin halving, you might be asking yourself, ‘should I be mining Bitcoin?’ Depending on how much electricity costs in your area, and if you have the hardware to process Bitcoin profitably—the answer varies. But for whatever it’s worth, SBI Crypto–a subsidiary of Japanese financial services giant SBI Holdings–is processing Bitcoin SV (BSV) and recently devoted more resources to the BSV network. 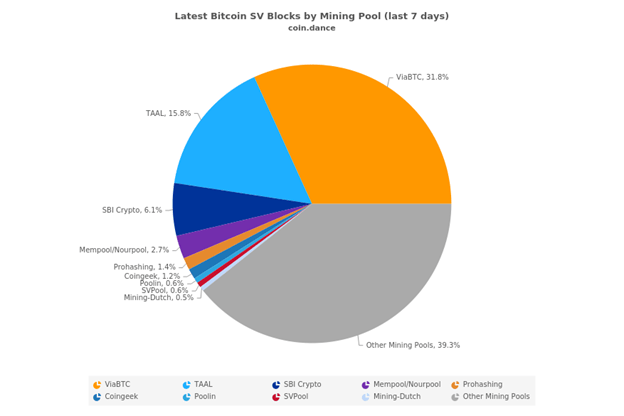 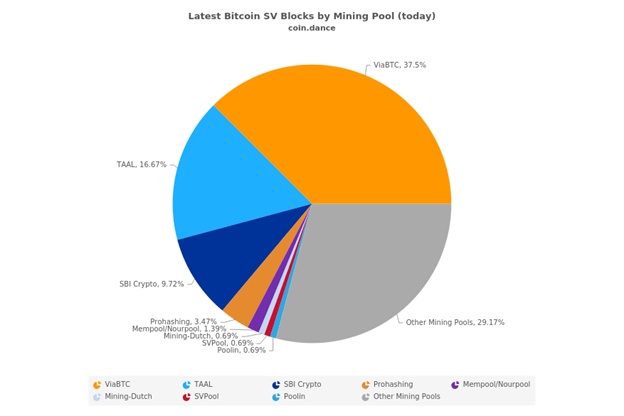 Why is the hash power on BSV network increasing?

Beginning on April 12, the BSV network saw a significant increase in hash power. As you can see in the image above, on April 12, the hash rate on the BSV network begins to steadily increase. The following day (April 13), you see the hash rate on the BCH network steadily decline as BSV’s hash rate continues to grow. What we may be seeing is the hash power that was pointed at the BCH network begin to migrate over to the BSV network. Recently, both BCH and BSV had their very first halving events, and the block reward on each chain was reduced from 12.5 to 6.5.

However, since BCH’s halving on April 8, BCH is down 13.77%, dropping from $256 to $223, while BSV has seen a 0% change in value from the time of its halving (April 10) to the time of writing. BCH’s severe loss in value and reduced block reward may have made a number of BCH processing operations unprofitable. Therefore, the transaction processors who previously supported BCH may be looking to blockchains that have more value and are therefore more profitable.

Why switch to BSV?

On the other hand, according to The Block, if the prices of BCH remain at the same level as they did in March, processors would only generate around $6.7 million from subsidies compared to the $13.34 million generated in March before the halving—in other words, transaction processor revenue will decrease drastically. If a processor does not have the bandwidth to profitably “mine” given that severe reduction in profit, they would have to shut down their operation or point their hash toward a chain that will persist into the future—regardless of a reduction in block reward—like BSV.