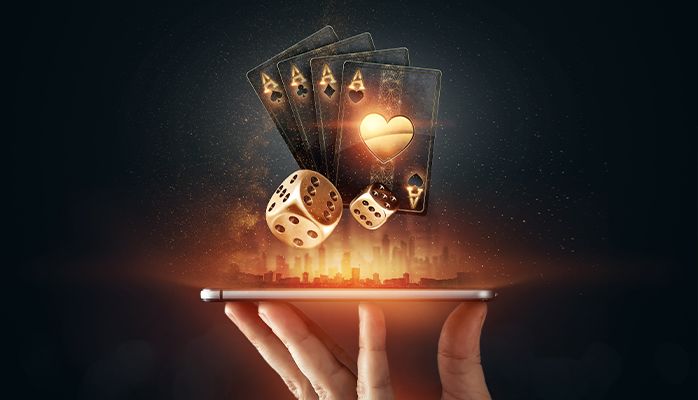 Bitcoin is already changing the face of industries for the better. From financial services to food supply, sectors are benefiting from the advantages of distributed ledger tech. Gaming is another sector firmly in the sights of blockchain innovators and developers, with operators set to benefit from the technological leap Bitcoin can deliver. Nowhere is this more impactful than with remote gaming servers powered by blockchain, delivering a more efficient, integrated gaming experience.

Remote gaming servers (RGS) are the engine that powers online gaming. These are the developer’s servers that host game logic, and it is the servers players interact with when gaming through third-party gaming platforms to determine the result, win or lose, on each play. Switching to blockchain for remote gaming servers brings a host of unique advantages for game developers, operators and players alike.

Remote servers are integrated into operator platforms to deliver gaming content. Rather than individual games being integrated one by one, the games are delivered by the server. As a result, RGS’s collect a large amount of game and player data. This includes information about how players are interacting with different games, how much they are spending, how much they are winning and how often. But it also extends to information about the individual player—demographics information, geolocation, and so on.

This data provides a prime opportunity for operators and game developers to learn more about their customers, so they can ultimately provide them with a better gaming experience. This could filter through into things like suggesting other games they might like to play, or providing tailored bonuses based on their gameplay data. Whatever the angle, this data accrues with every interaction with the remote gaming server, and can provide commercial opportunities for platform operators.

In a pre-blockchain world, casino managers would tend towards making human judgements about what best meets the needs of their players. So, for example, in ranking a large collection of games, individual managers might prioritise different developers, or favour certain games for reasons other than serving the player’s best interests. In many cases, content providers would lobby casino operators to prioritise their content, introducing a whole human layer to shaping the experience.

In a world where data is plentiful, it’s clear that this is not the optimum solution. By collecting, analysing and interpreting the data that does arise from remote gaming servers, more intelligent solutions to these types of problems can be delivered—and automatically.

Currently, there are systems similar to Recommendation Engines that work on the frequency of game play, or how popular a game is. This setup, however, can prove challenging to operators—particularly those with 2,000-3,000 games available. No player would scroll to page 25 to look for the game they want, so the games have to be promoted and given the prime position so that they have better opportunities for player engagement.

This brings us to the need for leveling the playing field. How? By harnessing data on player profiles, which, in turn, can result in suggesting relevant content that the player may like while also taking into consideration the return to player (RTP) theme and volatility of the game, among other factors. This can also apply to bonuses, in which suggested bonuses can be made on the individual’s game play to provide a totally unique, bespoke player experience.

What blockchain can do is present the content to the player based on what they like, whether it’s theme, RTP, volatility, hit rate etc. Once the player profiling is built up, each time the player visits the site their page is populated with content unique to them and their game play.

By allowing the data to shape the decisions, rather than any other factors, everyone stands to benefit. Players get a more tailored experience, based on their own preferences and behaviours, while operators and game developers can optimise the results they are able to generate from each session. It’s a win/win proposition, and one that is supported ably by blockchain technology.

The current norm for allocating bonuses in online gaming tends to be on a block basis—i.e. the next 100 depositing players get a deposit match bonus, or everyone who has deposited more than €50, for example. It’s easy to see how this leads to inefficiencies. These bonuses are almost wholly untargeted, generic bonuses, and while they might work on balance, this is marketing spend that is not being targeted as efficiently as it could be.

Step forward data to completely change the equation for the better. Instead of lumping bonuses together in clumsy blocks, RGS data allows for a uniquely personalised bonus structure. Players get the bonuses they want based on their behaviour, rather than based on some arbitrary characteristic.

The average casino player sticks around for 3-6 months. Extending that period by better responding to the needs and preferences of individual players is therefore an important focal point for all gaming operators. Blockchain technology can record, interpret and act automatically based on the data feeding in from the remote gaming server, providing players with a more customised experience designed to keep them playing for longer.

The RGS holds the key here, too. By opening up a world of data on players, and their playing habits, operators are better able to spot patterns and trends of behaviour that suggest escalating problems in a player’s relationship to online gaming.

The future of gaming lies in innovation. As with so many industries, there are options available for developers and innovators that will pave the way for more intelligent, more efficient data-driven results. With blockchain, the benefit of running RGS on distributed ledger focuses on data. By automatically gathering, recording and verifying data on the blockchain, operators can start to programmatically interpret and respond to provide a more tailored, more effective experience.