We are proud to announce that Bitcoin now supports PLONK. For a detailed description of how PLONK works, you can refer to our previous explanations, Part 1 and Part 2. 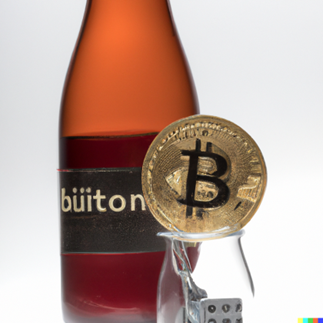 We have previously implemented Groth16, the smallest and most efficient SNARK construction. However, it requires a trusted setup for each circuit. By eliminating the need for a per-circuit trusted setup, PLONK both mitigates concerns regarding the security of that process and ensures that no secure multi-party computation (MPC) setup ceremonies will be required again if circuit changes in the future due to, e.g., critical bug fixes. Universal and updatable setup ceremonies, such as Perpetual Powers of Tau, can be reused for any circuit in PLONK. It makes deploying new circuit and upgrading existing circuits much easier and safer.

Run your first PLONK on Bitcoin

We have added PLONK support in our existing snarkJS library, which is fully compatible with Circom. All Circom circuits developed for Groth16 can be directly reused in PLONK without any change at all. The full PLONK verifier code can be found here, along with a test in Javascript. Generating a PLONK verifier is similar to developing a Groth16 verifier in snarkJS.

You need to install Circom compiler and our snarkJS first.

Implement circuits in Circom language. For example, this simple circuit/program called ‘factor.circom’ proves that people know to factor the integer ‘n’ into two integers without revealing the integers. The circuit has two private inputs named ‘p’ and ‘q’ and one public input named ‘n.’ For more information on how to use Circom, you can refer to https://docs.circom.io.

Compile the circuit with the following command:

The ‘new’ command is used to initiate the ceremony of **powers of tau**.

Finally we verify the protocol so far:

This will generate a proving key for the circuit and verify that key, using PLONK.

First, we create a file ‘input.json’ containing the circuit inputs with the following contents:

Next, we use the ‘factor.wasm’ obtained from compiling the circuit to calculate the witnesses:

It uses the proving key and witnesses to generate a proof, using PLONK.

This outputs a smart contract file “verifier.scrypt” that contains all the code needed to verify the proof on-chain.

You can verify it locally:

You can now deploy the verifier to Bitcoin. Wrap verifier.scrypt in a test contract PlonkVerifier as below.

Now you can use sCrypt IDE to deploy it. 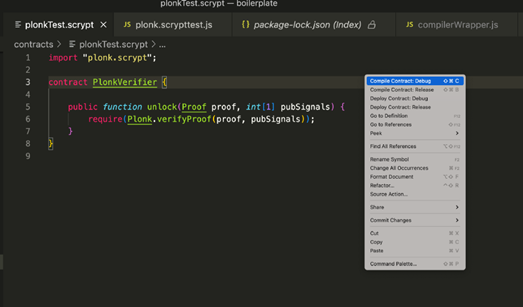 After the contract is compiled, which shall finish within a few minutes, the following panel should pop up. Click Deploy. 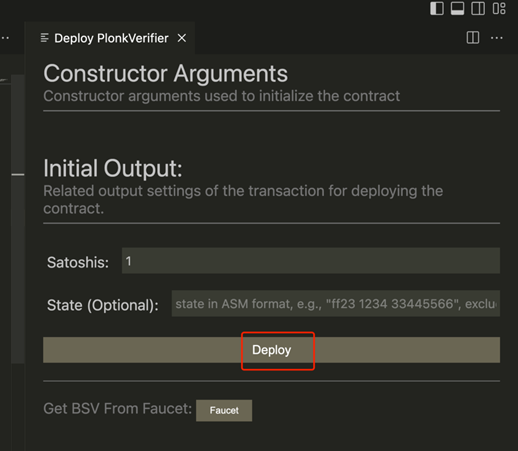 If everything goes right, the verifier contract should have been deployed.

Next, you’ll need to copy and paste from proof.json into Call panel and click on Call unlock(). 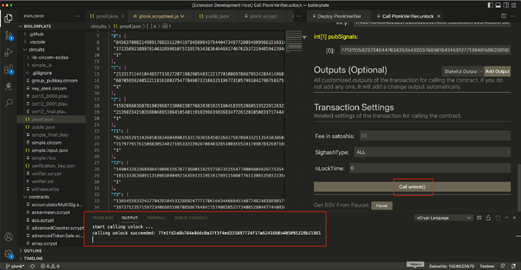 If everything works ok, you should see the proof validated in a spending transaction.

Congratulations! You have just created your first PLONK proof on Bitcoin. So far, we have implemented both Groth16 and PLONK. Any proof system can be implemented the same way as a smart contract, thanks to Bitcoin’s programmability and scalability. Now it is time to implement your favorite proof systems, including Marlin, Sonic, Halo, Bulletproof, and STARK.