At the Satoshi’s Vision Conference held March in Tokyo, Japan, Yours.org CTO Clemens Ley demonstrated how Bitcoin can be used to simulate a run in a Turing machine. 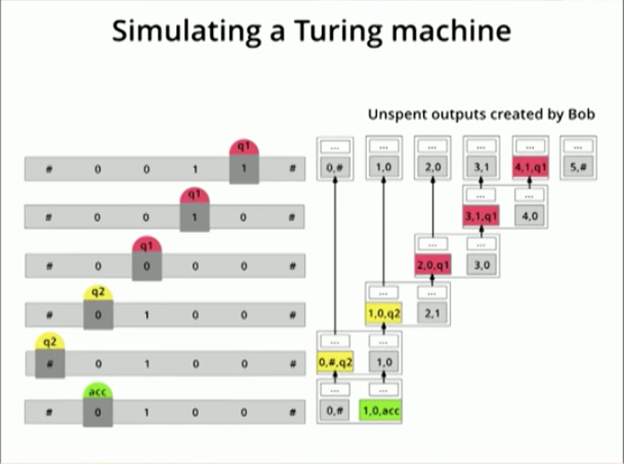 Ley pointed to nChain chief scientist Dr. Craig S. Wright, who has been talking about Bitcoin’s Turing completeness since 2015, and has published papers explaining how this works:  (1) Turing Complete Bitcoin Script White Paper (2016); (2) Beyond Godel (2018).

“This has been conjectured a long time ago by Craig Wright. In 2015, Craig Wright was the first to claim that Bitcoin is Turing complete,” Ley said.

“Needless to say, it wasn’t received very well back then. But it turns out, I think he’s completely right on this one.”

Ley isn’t the only one who has done a run-through of Bitcoin’s Turing completeness.

Konstantinos Sgantzos, a researcher from the University of Thessaly’s School of Science Informatics and Computational Biomedicine, published a study titled “Implementing A Church–Turing–Deutsch Principle Machine on a Blockchain.” In his study, Sgantzos affirms the possibility of using a blockchain to cradle a Turing complete algorithm.

“…we showed that it is theoretically possible for a Turing-Complete algorithm, like a Cellular Automaton based on rule 110, to be implemented on an Unbounded Single Taped Turing Medium such as a Blockchain,” Sgantzos wrote in his paper.

“The implementation could be achieved by authoring a Genetic Algorithm that would evolve, by utilizing an, as close as possible, Naturally Random Generated Mutational System. The iteration process would be based on a Blockchain transaction system, and each entity could store itself when the maximum fitness level was due. We showed that the specific Algorithm should be Turing Complete in order; as a Swarm Intelligence, to evolve to a Church–Turing–Deutsch principle machine. The interaction with such an entity, could be achieved via interpreted commands using the transaction system. For this, Blockchain Tokens (ie: coins) will be used as a means of transaction. At the first stages of evolution the system would provide low-level programming support, but could be educated through Machine Learning to accept natural language interaction.”

Sgantzos adds that the implications of this are massive, and that it could lead to the fulfilment of American inventor Ray Kurzweil’s predictions for artificial superintelligence—and that it may even push this faster into reality.

“Ray Kurzweil, has predicted that by the end of 2029 the world will possibly have one AI that matches human intelligence. What we showed in this paper verifies this claim, and endorses the possibility this could happen much earlier. It must be stated that preliminary forms of such entities are already in existence, so it is not a matter of if, rather when this happens.”